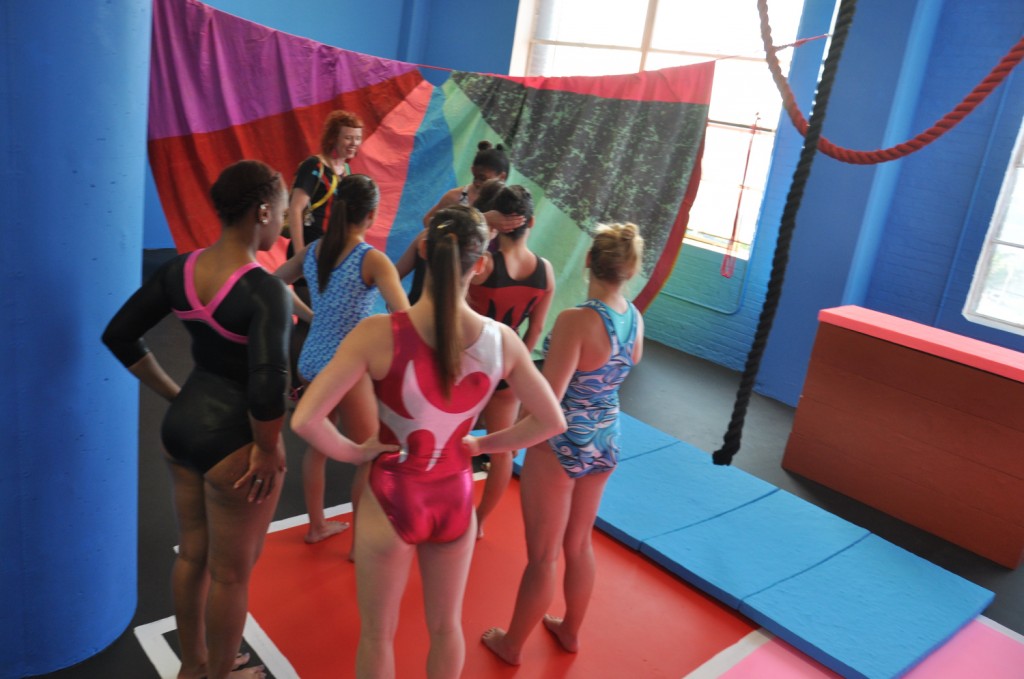 Macon Reed and the gymnasts who performed “Team Spirited” in her installation “Physical Education”/Photo: Mat Wilson

“I lived outside for a year in my mid-twenties,” says Macon Reed. This was communal full-time camping in Santa Cruz’s redwood forests. We are speaking by phone while she is on a road trip, and she exuberantly tells me that she is calling from another forest along their travel route. A few years after this outdoor social experiment, Reed founded Camp Out in 2012, a summer camp outside Portland, Oregon, for campers aged eighteen to twenty-three who self-identify as female. Their only requirement to participate is that each of them had to teach a workshop on any topic they chose. “People brought what they needed to the camp,” Reed says. “I think of structures that create community as a medium.”

Spaces and how people use them are often her starting point for social projects like Camp Out or gallery installations like “Physical Education” now on view at Ordinary Projects. When Reed was at UIC, where she earned an MFA in 2013, she began to explore the P.E. building on campus, enticed by the “all-but-abandoned courts that are just filled with all these weird things. I started sitting in on P.E. classes and gym meets, and was thinking of them as sculptural environments. It’s so funny, because I hate P.E. and I never work out!” Her immersive installation quotes those athletic environments, or as she says “queers” them. The lines marking out a basketball court have been reoriented as a flashy wall painting in pink and red. The entire space has been similarly fantastically painted and arranged with Reed’s recent sculptures, among them charred bullhorns on stands and an oversized, rainbow-striped parachute game with a fleshy, pink, labial underside. From her perspective now at age thirty-two, she remembers her earlier experiences. “From the P.E. of my childhood, I remember lots of girls crying. The parachute was one of the only moments of magic or fun. There’s something feminist and queer in taking hold of that and changing the space.” 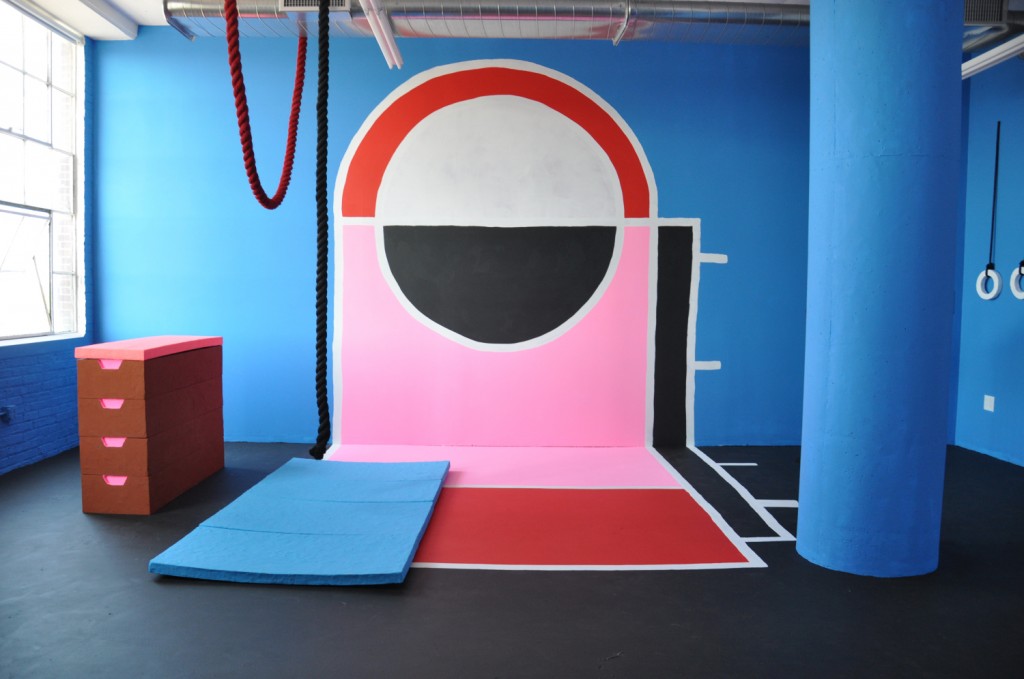 “P.E. spaces are a key place where bullying and teaching of gender happens.” Reed reinterprets these competitive environments as structures to think about gender and sexuality, treating “cheerleaders and gymnasts as these warring schools of feminist thought between the Second Wave and other waves since.” But rather than picking sides, both approaches are represented in her aesthetics. At the “Physical Education” opening, a number of gymnasts—most of whom compete with the UIC Flames team—performed muscular floor routines in spangled costumes. She immerses her community of collaborators in “queer femme” aesthetics where “the volume has been turned up on everything. I’m playing with old things that used to be the focus of much of feminist art. I’ve been making references to genitals and bodies that are ambiguous but still read as ‘vag art’ right away.” She laughs, then opens up the meaning further, “It doesn’t have to be ‘vag’; it can be ass, too.” (Matt Morris)