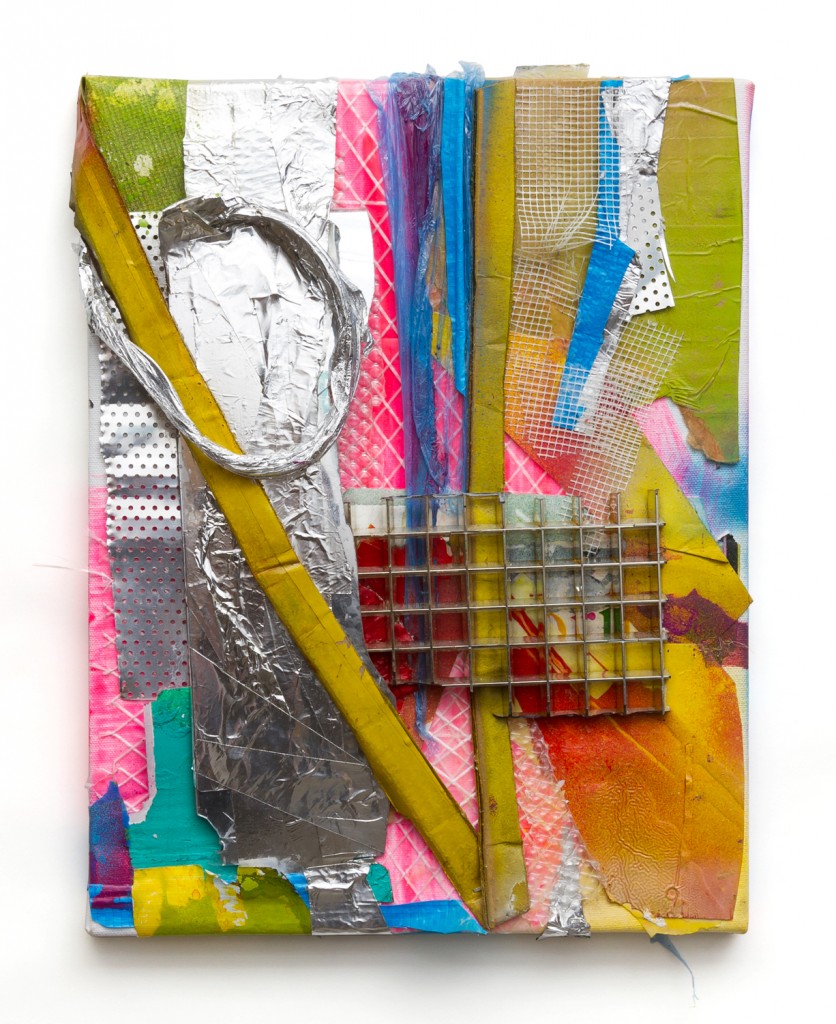 “Two Forward, One Back” at 65Grand turns around the popular phrase to refer to the artist’s back-and-forth dance performed in front of a work in the studio. Mara Baker has in this way arranged all manner of plastic scraps and paint together in seven works of chemical splendor. Her materials, both found and formed, unify the otherwise aesthetically disparate works through their specificity and consistency across the show. Every garish bit is in its own place to form an elegant whole.

These “residue paintings” are deceivingly meticulous. What at first appears to have been rolled about in fluorescent debris is revealed to be subtly designed. The work “Whiteout (3)” is in fact full of delicate color relationships. This and several other works, such as “Diffuse (4),” contain small vibrations and obscure collaged photographs upon closer inspection. Transparent plastics and plexiglass are laid over each other with the intentionality of a painters glaze and in “Chameleon Blind” similarly pulled over the outside world. Cars and pedestrians pass behind impossibly glowing fluorescent rectangles hung against hard black grids in an effective transformation of the gallery window into pure line and color. 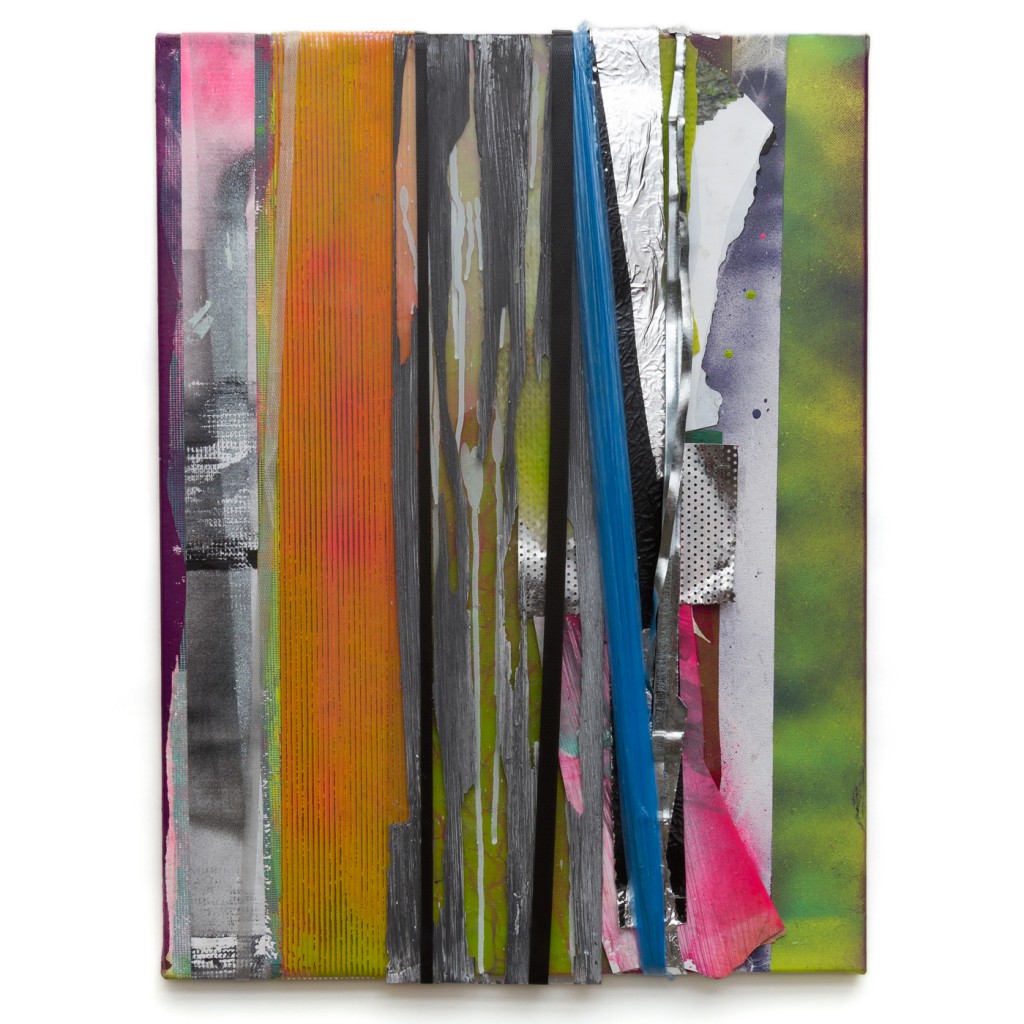 Baker’s voice is found within the restrictions exacted by her material choices and in the degree of lyricism that can be eked out between jagged found bits and fluid applications of spray paint or twisted plastic. Her use of egg-crate lighting panels, both stenciled and attached, imposes an order across nearly every work. The panels have stamped their mark on everything from the expressionistic “Fake and Real Things (13)” to the minimally austere “Diffuse (3)”. The latter is perfectly condensed: flowing colors are hidden from view behind the bright metallic grid and, in an additional cruelty, flanked on either side by menacing darkness. Similarly contained in several works are hints at life and landscape. A piece of wood flaked with white paint peers out from under “Fake and Real Things (11)”: a forgotten representative of degradable matter buried in an eternal arrangement. (Nick Knowlton)