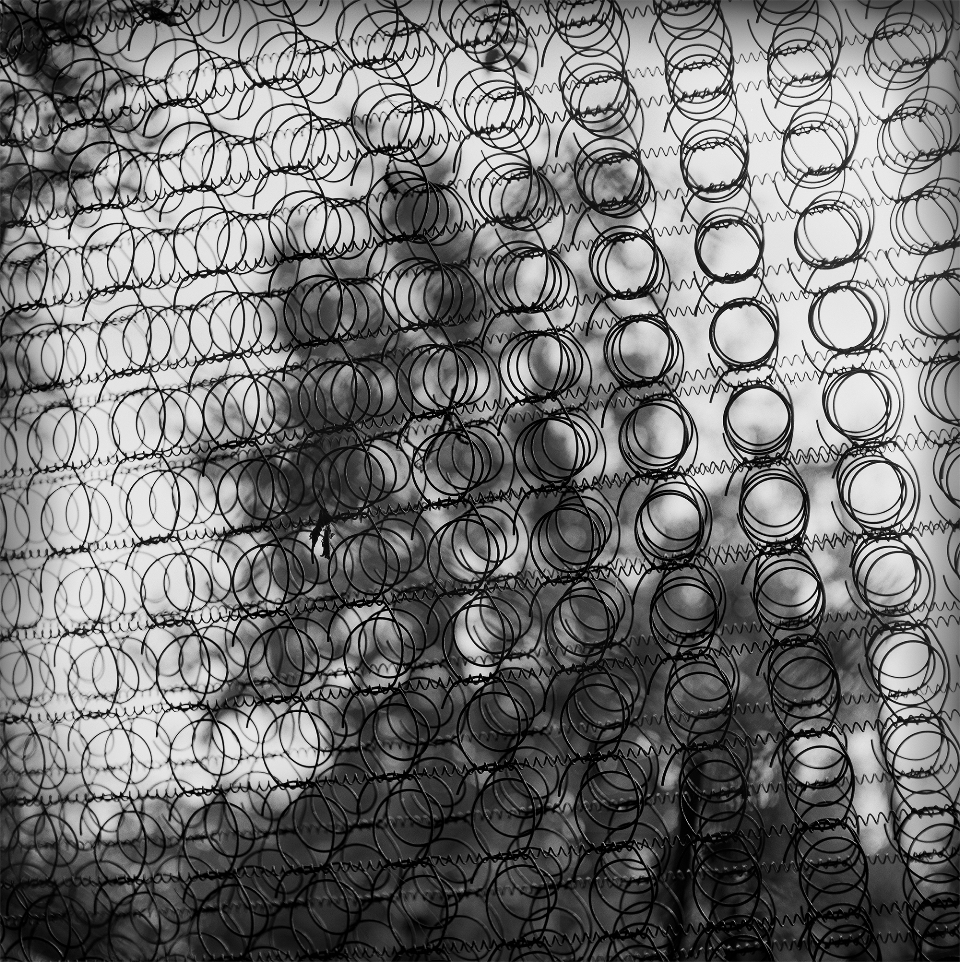 An exceptional practitioner of modernist straight photography, Paul Clark has relentlessly pursued the project of intensifying the black-and-white abstraction for the last twenty years. At each stage of his journey of exploration, Clark’s abstractions have become more dense and complex, with new elements and more challenging problems resulting in some of the richest and most compact images in contemporary photography. In his latest body of work on “barriers,” Clark has achieved an unprecedented level of visual compression, augmenting the subtle and powerful layering of subject matter that he has previously perfected by filling the frame with single elaborate designs that stand for themselves outside any context external to them. The effect is captivating, as the eye is drawn inside the image, transitioning from one detail to the next and apprehending the interconnections. Clark’s accomplishment becomes evident in “Barrier #111” in which the coiled springs of a bed frame in sharp focus front a barely discernible chain link fence behind which are softly focused trees that almost dissolve into cloudlike forms fading into a muted, yet bright light-gray sky. The coils cover the entire frame, and they are exquisitely convoluted, taking on a ragged rhythm and a mild angular progression upwards from left to right; they dominate the image and at first appear to be its subject. Yet the coils’ power and dynamism would exhaust itself in vacancy were it not for the other layers, which Clark has compressed into a flat backing that counterpoints the coils with soft amorphous liquid shapes under a pressure that cannot subdue them altogether. In Clark’s visual poetics of the barrier, its role and meaning are ambiguous. The barrier keeps us from what is behind it, beckoning the eye to try to discern what has become mysterious. Yet the barrier solicits an interest for itself that makes the eye want to dwell on it alone. So it is with our perception, which beguiles us at the same time that it moves us toward what is concealed. (Michael Weinstein)