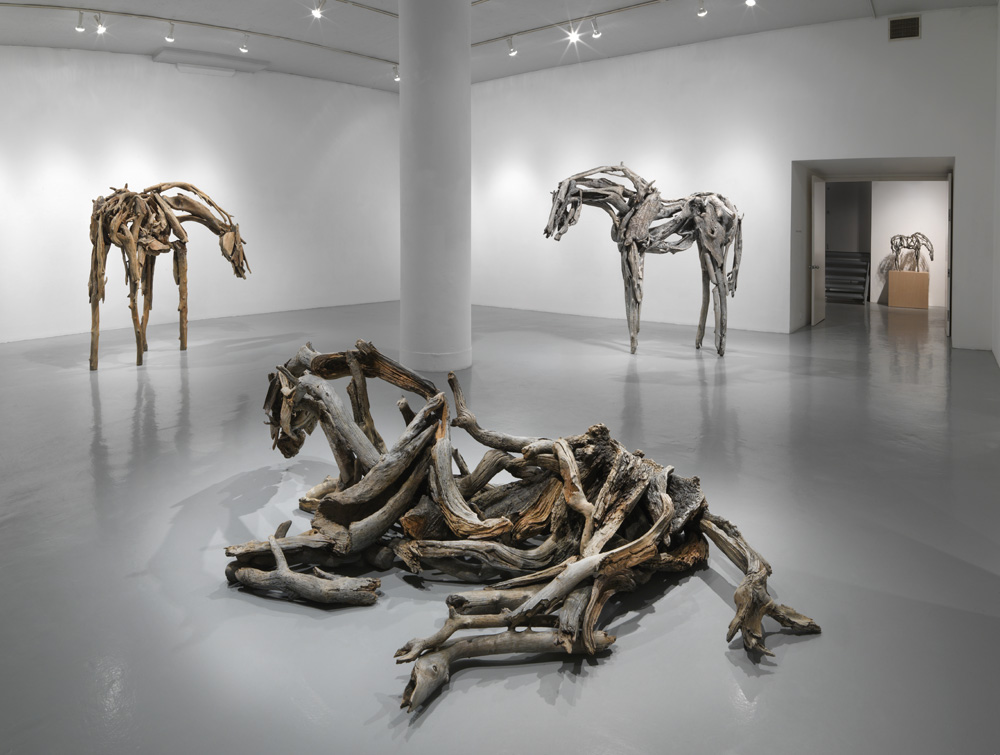 After fourteen solo exhibitions of the same kind of equine sculpture at Zolla/Lieberman Gallery, you might call Deborah Butterfield a traditional artist, even if her technique is one that she herself invented. She works with weathered sticks culled from the hills surrounding her ranch in Montana. Casting a few in bronze, she then builds an armature on which she ties the rest, starting at the center, and then laying them on consecutively, like three-dimensional brush strokes. It doesn’t matter how thin, convoluted, fragile or worm-eaten the wood may be. All of it will eventually be permanently cast in bronze at the foundry. The results are as delicate as they are consistently spectacular.

At the beginning of her career, the finished pieces still consisted of real wood, mud, and hair, and she related her work to a pacifist, feminine agenda. Unlike the warhorses portrayed beneath the legs of powerful men in public sculpture (Chicago has magnificent examples by Borglum and Saint-Gaudens), her horses were quiet, peaceful and solitary. Each displayed its own individual, sometimes lyrical personality. Each invited empathy, not conflict. 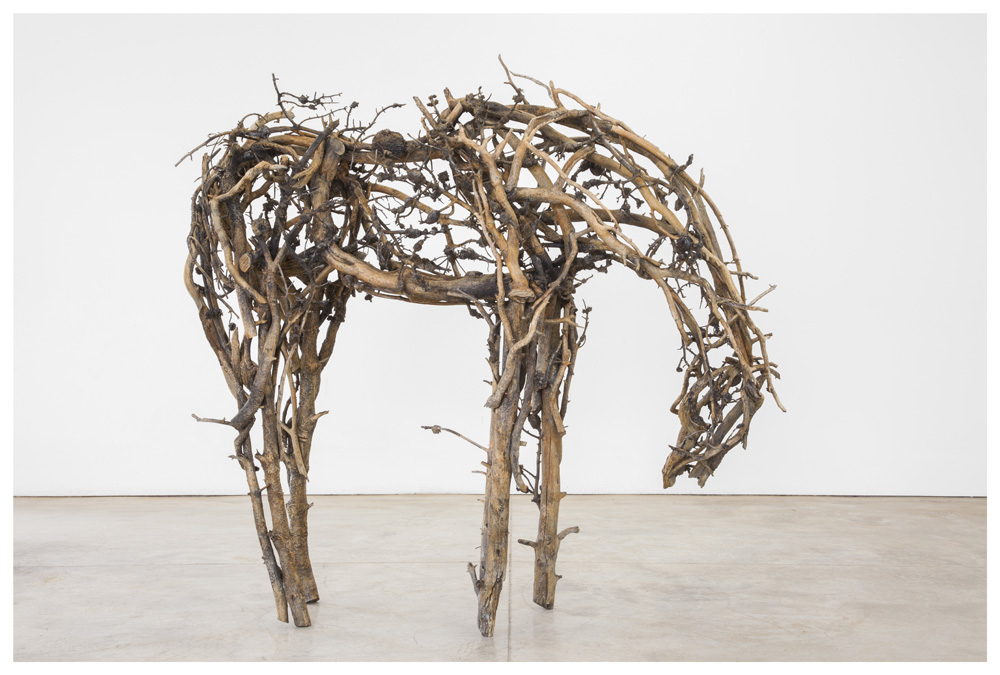 Her recent patinated bronzes still have those narrative qualities, but now the most apparent agenda is the expression of her own personal strength and balance. Every piece of wood seems to have been perfectly, even miraculously, chosen and placed to create a dynamic, unified sculpture that measures and controls rather than retreats from the space around it.

Costing up to mid six-figures, these room-sized bronzes, like the horses they portray, are trophies for the upper reaches of the one-percent. Unlike the intentional dysfunction that now dominates that market, Butterfield’s sculpture is celebratory, with a human compassion for the infinite variety of life. Today, it’s hard to find her work on display in museum collections of contemporary art. Her 1979 sculpture at the Art Institute has been off-view for more than twenty-five years, although her monumental sculpture “Ben” has been on view in Seneca Park adjacent to the Museum of Contemporary Art since 1990. Elegant formal qualities have a way of never disappearing, and someday, perhaps, her gentle, introspective work will be seen as being more representative of our time than the more confrontational forms of postmodernism. (Chris Miller)