On Monday, Chicago Transit Authority president Forrest Claypool joined Mayor Rahm Emanuel at the DuSable Museum to introduce eight plans for new public artworks to be installed as the finishing touches on the $425 million Red Line South reconstruction project. The Federal Transit Administration will be paying $590,400 for these artworks. Last June, a call for artists attracted more than 300 submissions from which these projects were selected. Most of the artists who received these public art contracts are based in Chicago, with one collaboration based in Chicago and Brooklyn, New York. Here are the station assignments and views of the conceptual renderings by each artist for their planned works: 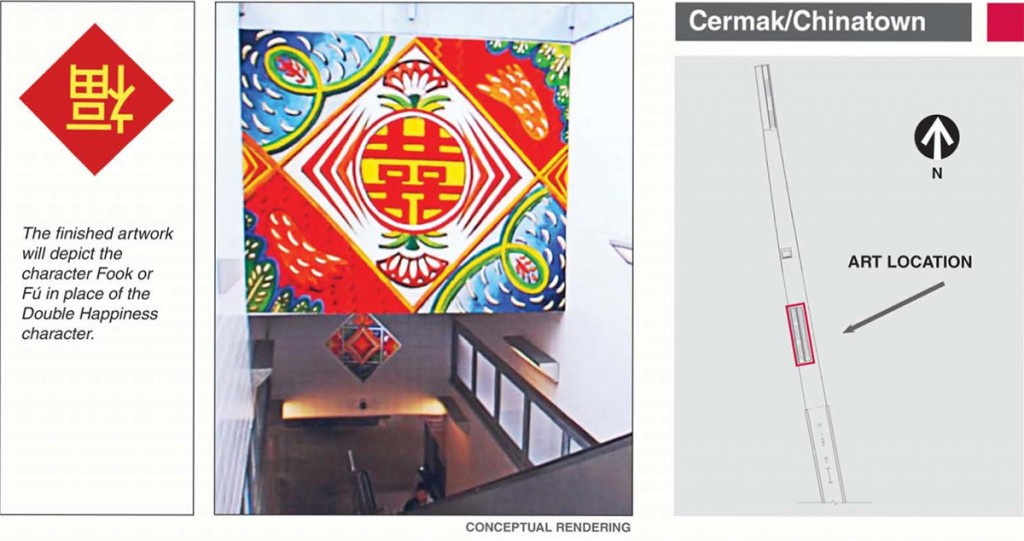 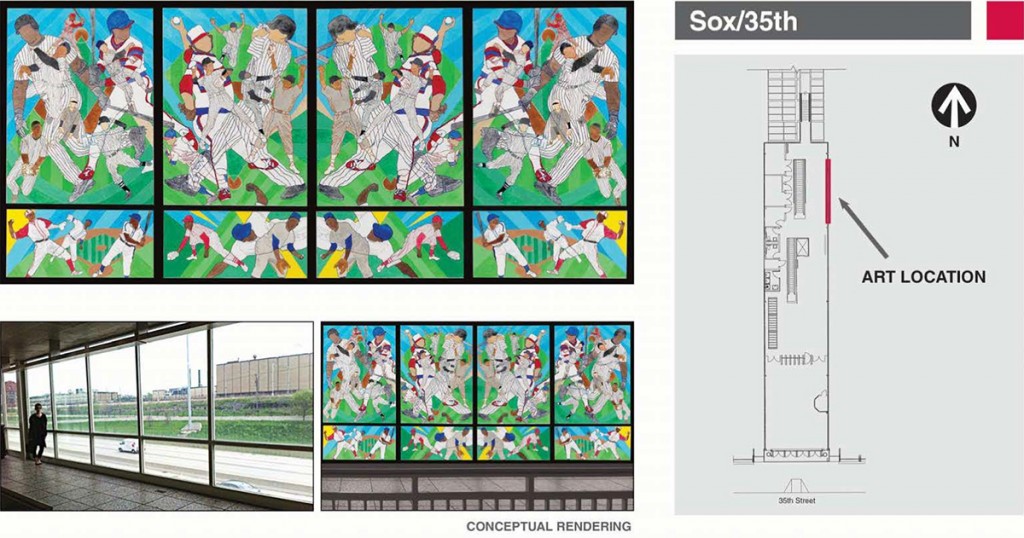 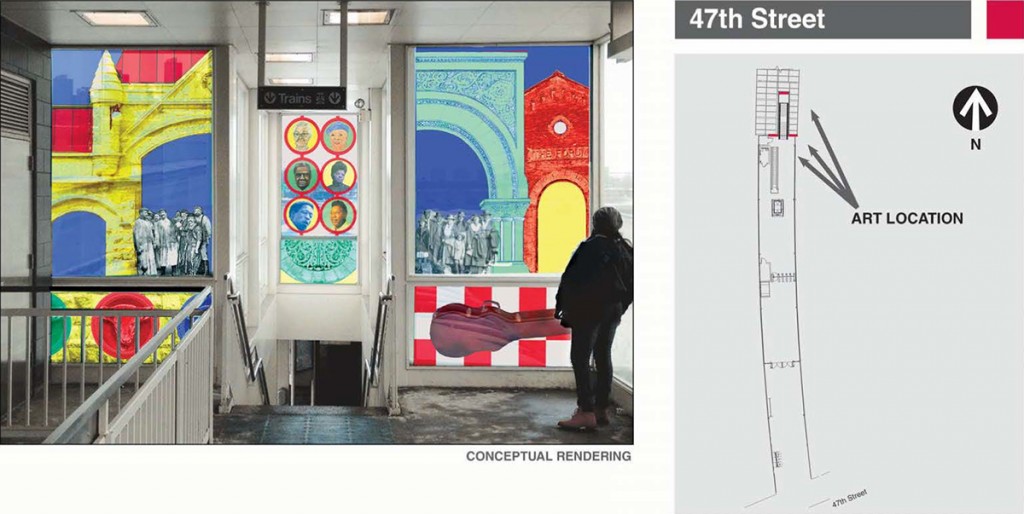 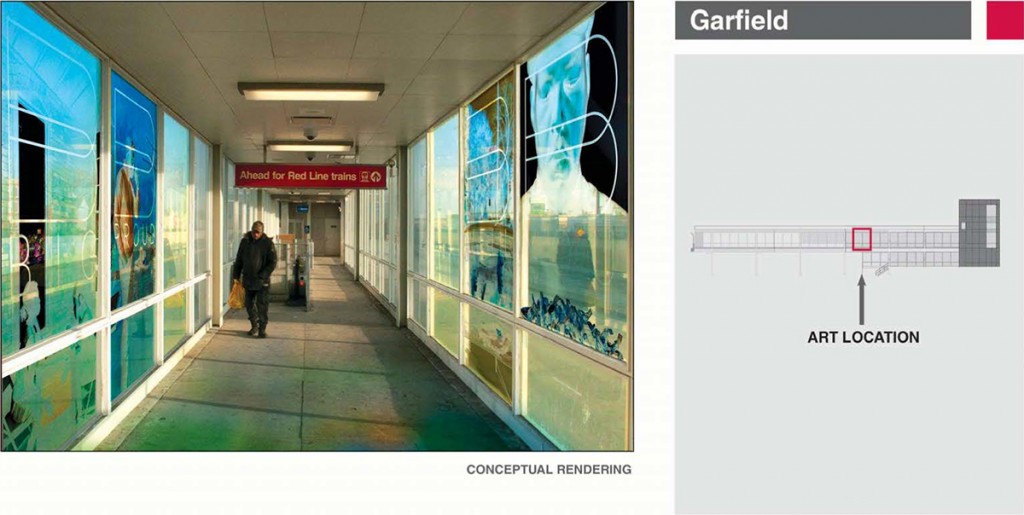 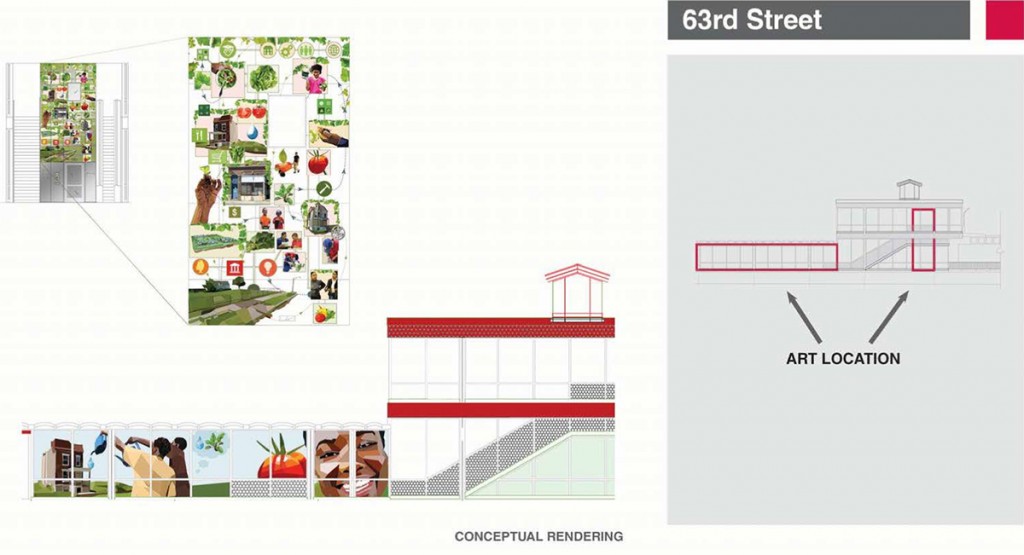 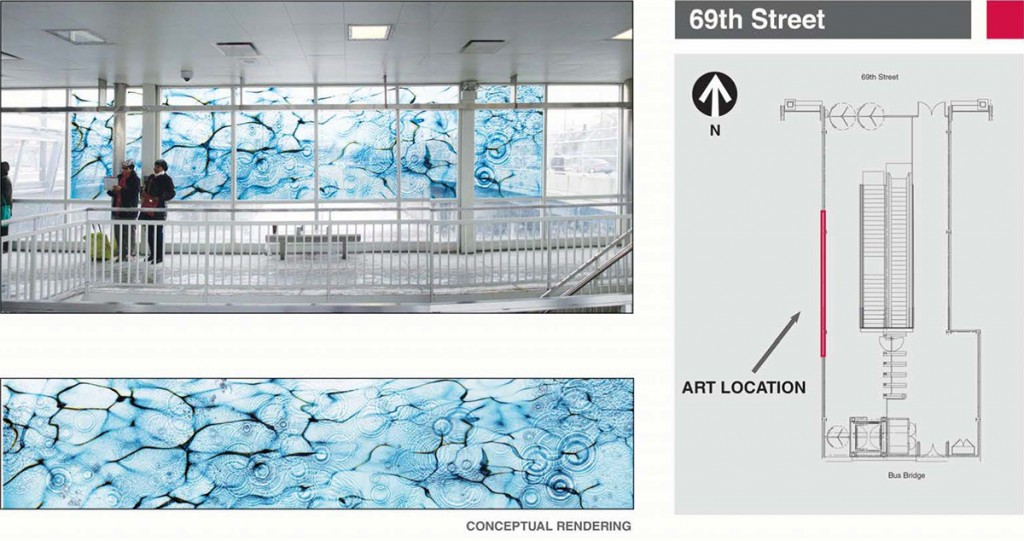 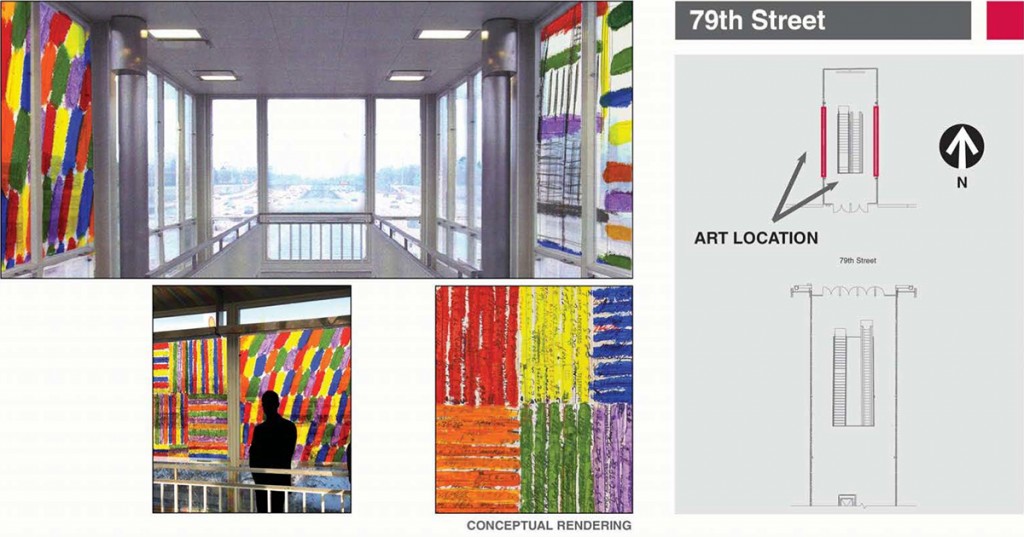 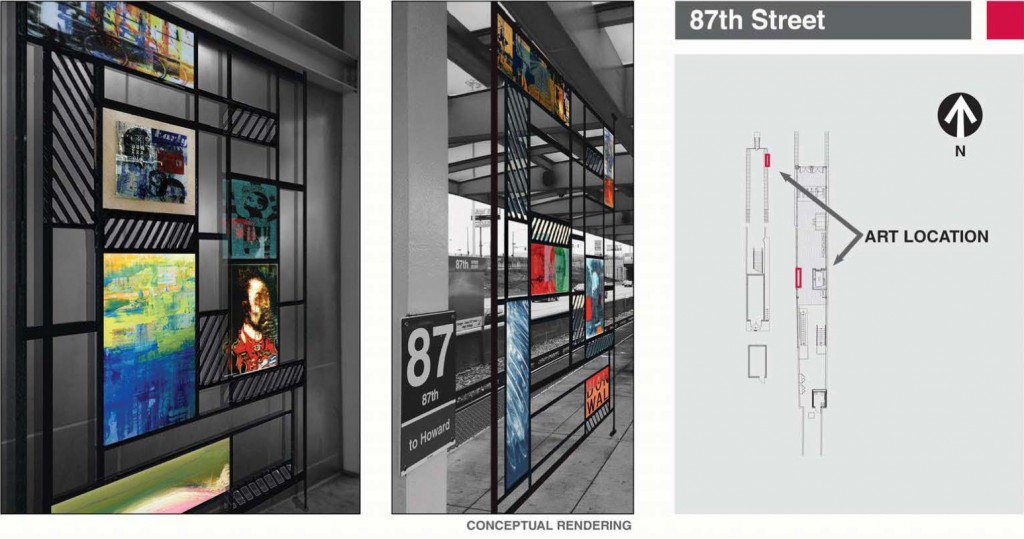 These eight works will join more than fifty works of art already installed around the city in forty-one CTA stations. Additionally, CTA announced a special art project with art star Theaster Gates for the 95th Street Terminal. Not much has been determined about Gates’ project, which is described on CTA’s website as “a unique, catalyst program that will foster community engagement, provide jobs and offer training to school students,” suggesting that Gates’ penchant for social practices will inform the artworks for the terminal in ways similar to the rest of his practice.

When these new projects were announced, I conferred with Tony Tasset, an internationally known contemporary artist with ongoing interests in public artwork as a useful form (one might recall his 2010 “EYE” in downtown’s Pritzker Park or “Artists Monument” in this year’s Whitney Biennial). He considers the function of public artwork from multiple points of view, “The contemporary art that’s taught and practiced in universities, museums and high-end galleries does not—for the most part—communicate to the general public. So artists are placed in a tough position—ignore the public or ignore the art world. I find most public art pretty bland, or it just seems hostile to the public. I love Richard Serra’s sculpture, but most folk find it rusty, cold and ugly. The public loved the cows on parade.”

With care not to anticipate too much or little from the new plans for art on the Red Line, he adds, wryly, “Nobody will hate any of this work. It’s tough to compete with advertising. The artworks will certainly improve the daily routine of countless commuters. And perhaps bring pride and awareness to particular areas. Or it will just turn into more visual noise.” (Matt Morris)