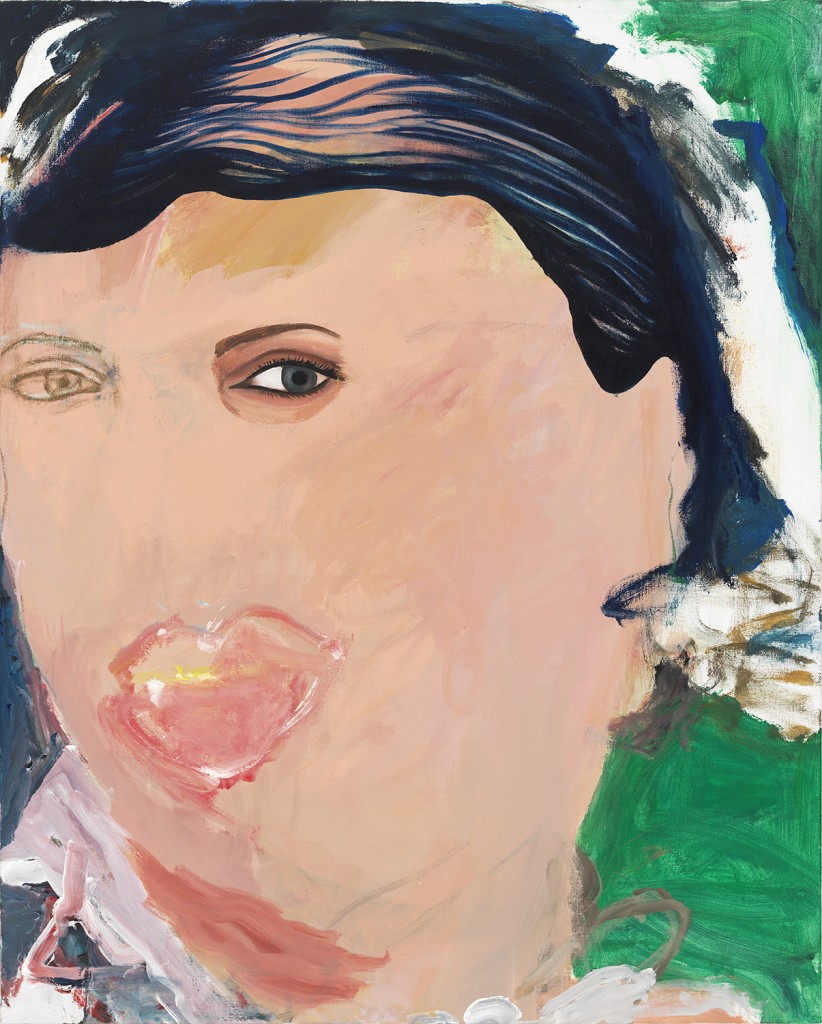 “Sometimes they are quite shocking to even me,” says artist Margot Bergman about her paintings as we walk from canvas to canvas at Corbett vs. Dempsey prior to her opening. Newly opened at the gallery, a solo show by the artist titled “Greetings” features brash and vigorously emotive neo-expressionist paintings. Large flat female faces with rough features and tense expressions stare directly at incoming viewers from some of the paintings while others exist as perverted, almost violent still-lifes of abstracted flowers and patterned wallpaper. Four-eyed “Marie Christine” and “Bernice,” who has no nose at all, manage to make me feel alien rather than the other way around. The bold directness and volatile energy of the paintings conjure the rough aesthetics of children’s drawings, while maintaining self-aware and complex psychological depth. 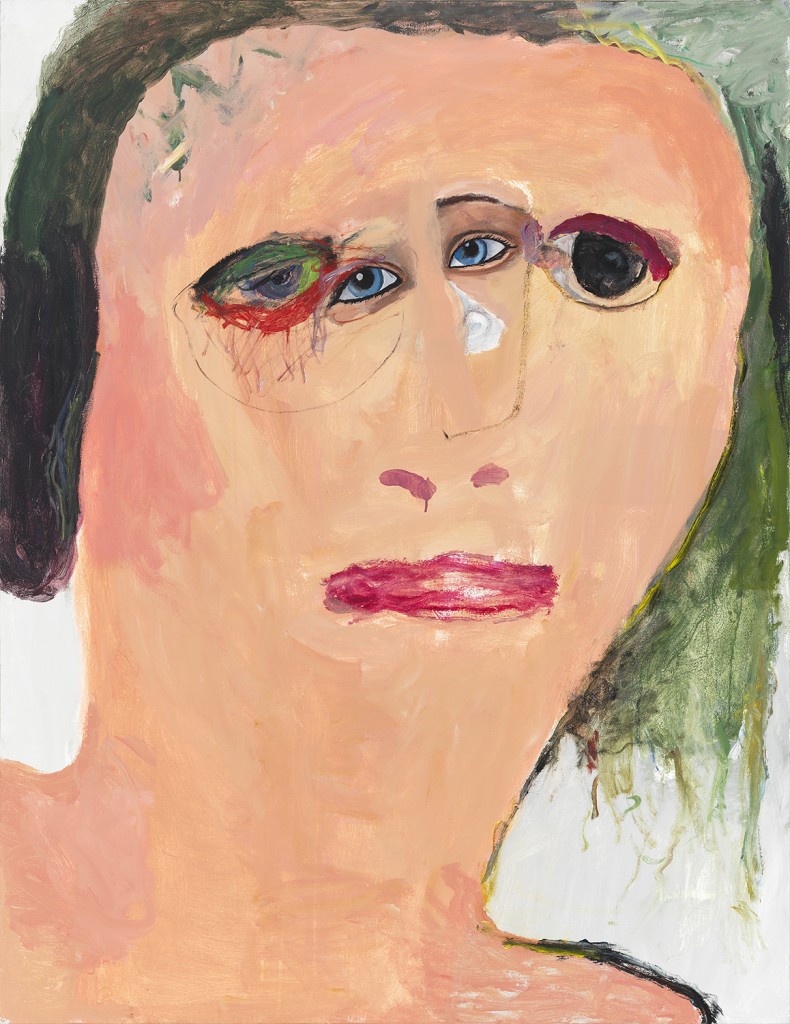 With all works produced within the last year, this exhibition presents a new direction for the now-octogenarian whose previous major body of work involved painting atop of discarded canvases found in thrift stores and flea markets. “I had to be sensitive to where the other was coming from in terms of line and color as well as fundamentals of where they were,” she says in regards to her older paintings, “They set the tone of the work.” In this new series, however, Bergman has decided to leave these unknown collaborators behind and let her imagination run unfettered across the entirety of the canvas. Continuing to take queues from the genuine expression of untrained artists, she has developed her own form of sincere visual language.

“Looking at her work, you would think it was made by an outsider artist with no technical training,” says co-director of the gallery Jim Dempsey, “but she’s actually very aware of what’s happening in contemporary art.” Although Bergman did attend the School of the Art Institute very briefly, she has mostly been painting in relative isolation from the rest of the art world until being discovered by the gallery in 2003. Despite this separation, “Greetings” provides an interesting point of view to dialogues surrounding contemporary art, especially the anti-digital trend amongst certain artists searching for more raw forms of expression.

In “Liquid Vanilla” a flower is crudely painted in the center with the petals resembling the fingers of a meaty hand. A leaf protrudes from its stem into a solid blue rectangular space behind what could be interpreted as an apparition standing in a doorway. The flowers in all her paintings are corrupted and deformed, fresh and unobstructed, a brutal femininity emanating from each one.

It is hard to believe that for a long time Bergman’s practice exclusively revolved around imitating impressionist artists and producing classically beautiful still lifes and landscapes. In her search for meaning and truth Bergman has insisted on making herself vulnerable and pushing herself to produce original and interesting works. “The paintings reveal something about me and hopefully about somebody else,” she says. (Shreya Sethi)