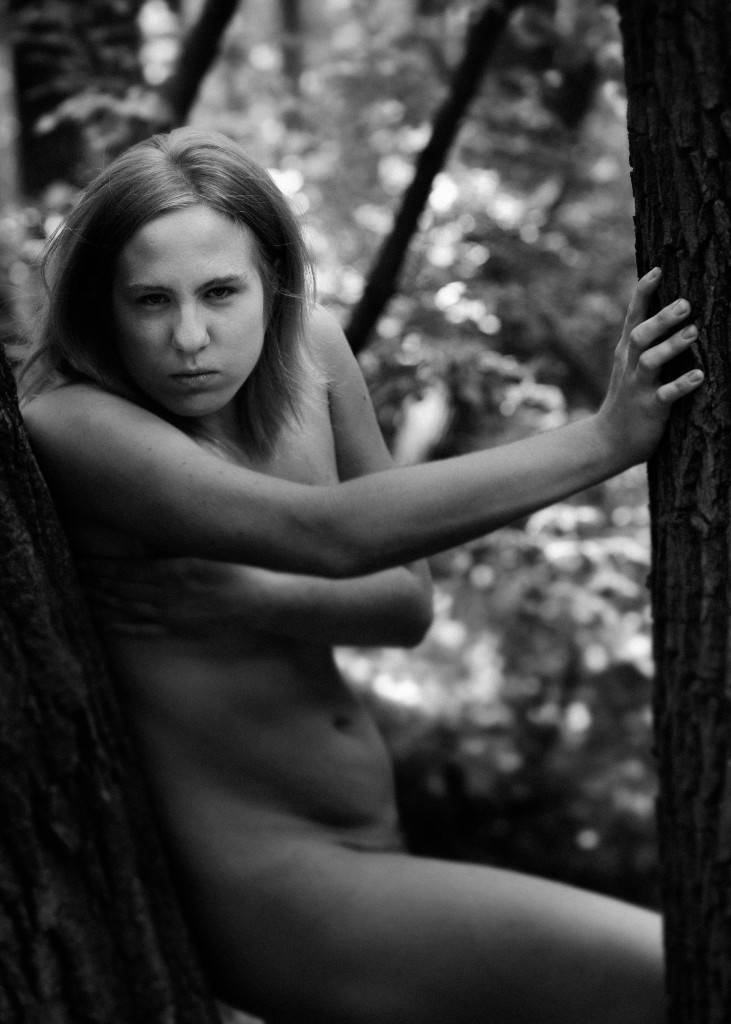 On a mission of social enlightenment, Andy Karol’s project “Eden: Expressions in Gender” seeks to create a photographic “human space” by taking small-format black-and-white “fine art nude portraits” in wooded areas around Chicago. The people depicted represent all conceivable variations on gender identity, and there are many more of those than the uninitiated might think. By taking her subjects in the buff and in nature, Karol has effectively eliminated any possibility of a viewer knowing their sexual orientations, which makes her major point that gender is a cultural construction, but not her related one that it is “fluid.” Instead, with only the names of the subjects provided, the viewer is left with having to look at each one as a distinct and distinctive individual—simply as a human being. Wisely allowing her subjects to collaborate in determining their poses and expressions, Karol has let them enact themselves so that her portraits comprise a kaleidoscope of moods and attitudes, from vibrant to reposeful, and stagey to unassuming. The strength of the images, as a result, depends on the power of the subjects’ personalities and their abilities to make it overt. Take Alexandra, the strongest subject on that criterion who Karol shot close up and from the side. Alexandra’s back is against a tree with one leg extended and arms crossed, looking straight at the camera over a shoulder with a tough wounded intensity that defies convention. Alexandra has dared to be unique and incomparable, and in so doing has brought into being a fulfilled human space. (Michael Weinstein)

Through July 26 at Beauty and Brawn, 3501 West Fullerton.