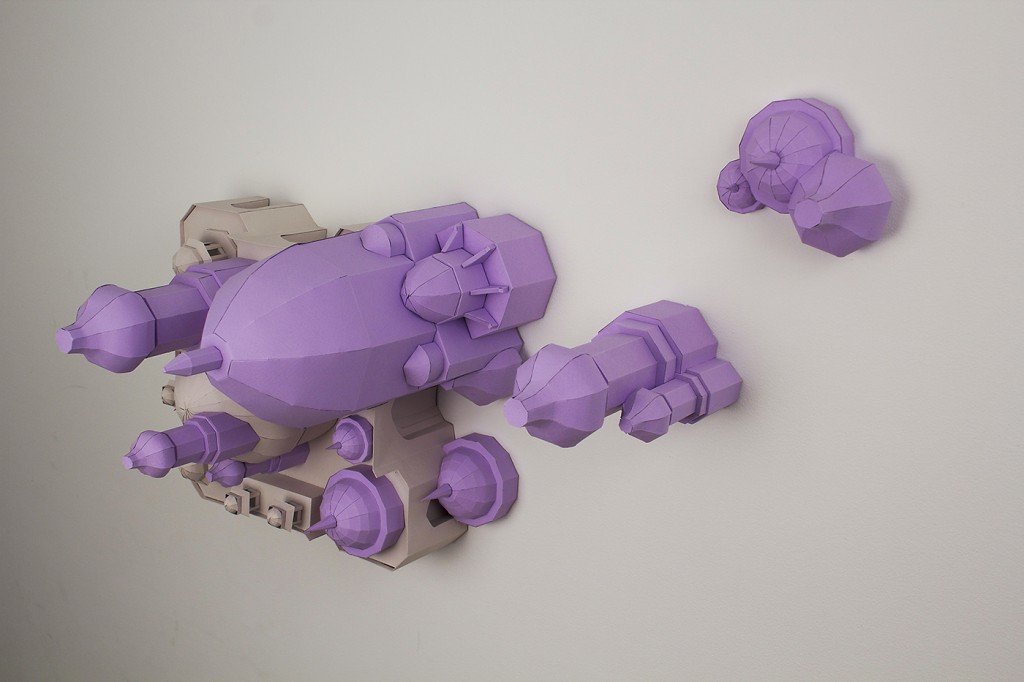 In both Susan Giles and Jeroen Nelemans’ practices, video and sculptural works borrow content from tourism and art history as the basis for re-imagining the material representations of place.

Susan Giles’ video “Pulling Out the Words,” 2011, is a series of interviews with five subjects about favorite landscapes in which all of their spoken descriptions have been cut. Landscapes are conveyed only through the speakers’ gestures, stutters and breaths, with Giles’ camera tracking the speakers’ hands, upper body or face.

The perceptual shifts afforded by lacunae continues into the next small room with Nelemans’ Flavin-esque “from the Postcard Series, Untitled #3,” 2012. An enlarged postcard of Dutch tulip fields is sliced vertically and wrapped around slender fluorescent tubes. Colored diagonal lines illuminate the space in between the rows, neatly continuing the image as light spilling onto the wall. Nelemans, Dutch but Chicago-based, is interested in cultural pilfering: tulips originate from Turkey but are a national representation of The Netherlands. 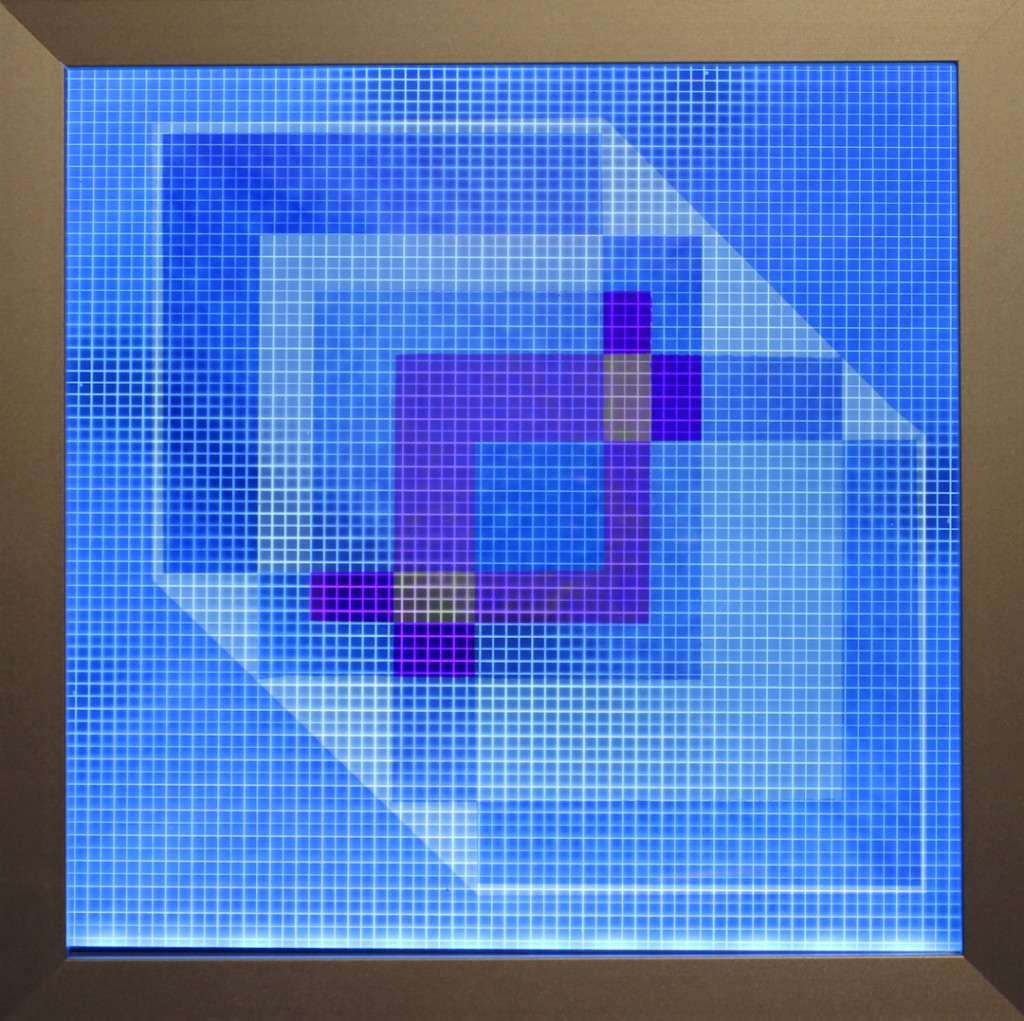 “Re-manipulating the T-bar,” 2013, a Bruce Nauman work downloaded with ambiguous legality from UbuWeb shown on a pocket projector also alludes to plagiaristic tendencies. The video flips and rotates in a gestural reflection of Nauman’s own movement of the T-bar in his studio.

Alongside the “Postcard Series,” Giles’ cake-sized buildings made of thick drawing paper suggest an unfulfilled globetrotting fantasy. “Notre-Dame and Neuschwanstein Castle,” 2013, in Christmas green and red, combines the famous Parisian cathedral and the German inspiration for Disney’s Cinderella palace. “Untitled (Humayun’s with Cultures),” 2013, mingles the Duomo with Hunan’s Palace and stupas in a wall-mounted top view that evokes an array of architectural nipples. Alone, they call to mind hobbyist paper castles.

Deletion, accrual and appropriation are elegantly united in a tribute to Josef Alber’s chromatic “Homage to The Square” series. Nelemans’ “Homage to the Cube #6,” 2014, is a backlit collage of cellophane squares viewed through a polarizing filter, causing reversals in color and form based on the position of the viewer. Small, but striking, the cube is a formal exercise rearranged.

Together, Giles and Nelemans’ places—historical, physical and ideological—suggest a reshuffling of perspectives in which gaps reveal hidden continuities. (Alyssa Moxley)

Through July 12 at Aspect/Ratio, 119 North Peoria.