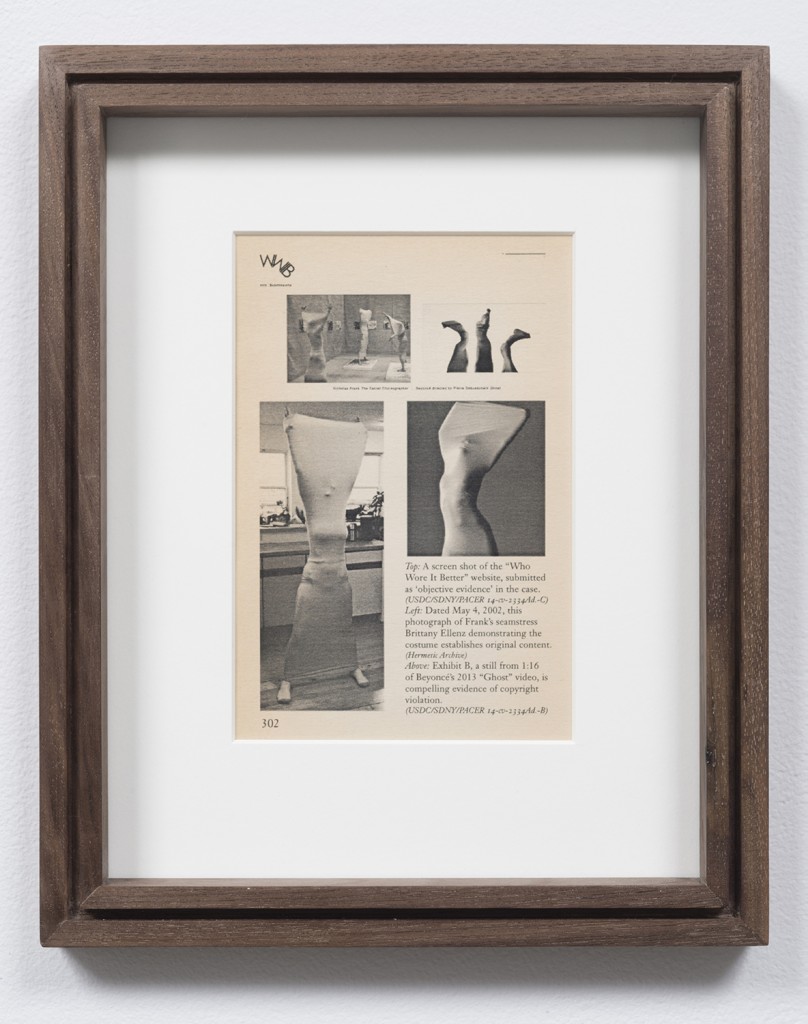 This rambling celebration on the occasion of the gallery’s ten-year anniversary as a bricks-and-mortar space is cheekily titled after the eponymous Andrew W.K. anthem, “Party Hard.” The moniker adds both an air of revelry and defiance to the works exhibited, implying that director Scott Speh and the artists on his roster are fueled by passion and vision rather than a pursuit of conventional success.

The show is an exercise in polarity, oscillating between extremes in scale and tone. Upon entering the gallery, the viewer is confronted by the first of two sigil paintings by Elijah Burgher. Fresh from the Whitney Biennial, these painted drop cloths are installed back to back, dominating the initial visual field. Situated in the corner of the same room are two bongs, “Uncle Sam/Old Yeller” by Ben Stone. They seem slightly out of place in an area otherwise devoted to minimalist and conceptual works but add levity while reiterating the rebellious tone set by the title. 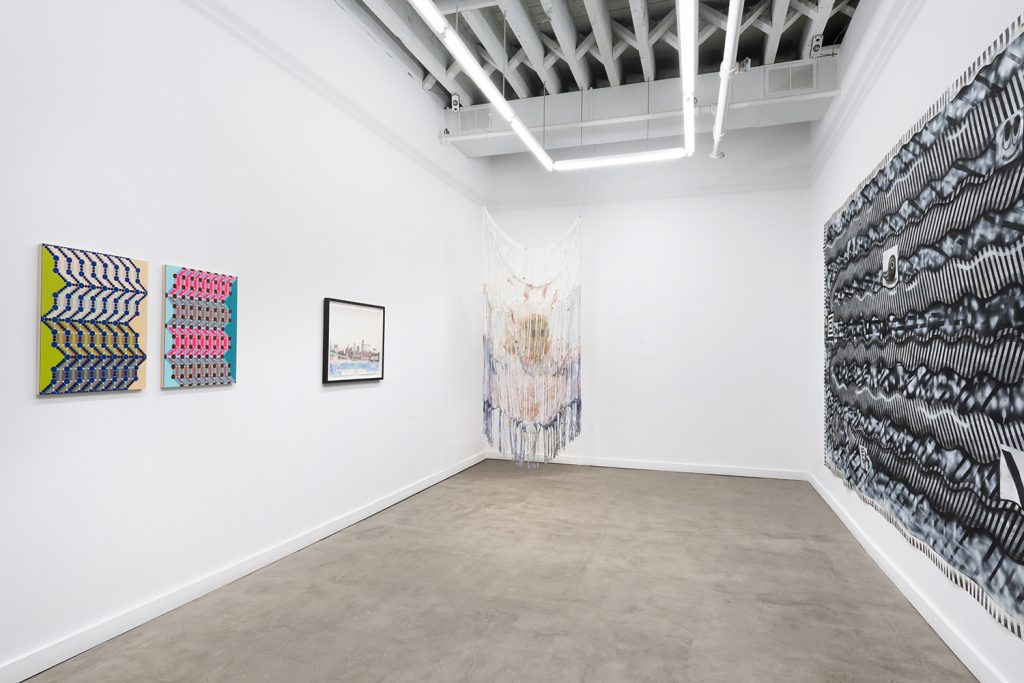 Shown on a wall conjoining the gallery’s two rooms, the smallest work in the show piques the most intrigue. The 6¼” x 4½” work features contemporary content but is printed on a yellowing, vintage page from the artist’s ongoing, quasi-fictional exercise in self-ethnography, “Nicholas Frank Biography.” Ostensibly part of a complete memoir of sorts, the work teases by presenting a single page without the context of a larger narrative. Here is coarse reproduction of a screenshot from the Who Wore it Better blog, juxtaposing a still from Frank’s performance “The Secret Choreographer” with an aesthetically similar one from a Beyoncé music video. The mini meta-reproduction seduces and reaffirms the printed page as a relevant medium.

In the back room, Ryan Travis Christian’s twenty-eight-foot, power-clashing painting, “You Had to Be There,” complements rather than overwhelms a delicate, ethereal fabric shroud by Rachel Niffenegger. Geoffrey Todd Smith’s bold, graphic paintings are shown in tandem with one of Courttney Cooper’s mesmerizing, frantic drawings of the Cincinnati skyscape. These and other dynamic pairings throughout the show invite reflection on the creative dialogues and transformations that have transpired at Western Exhibitions over the past decade. (Erin Toale)