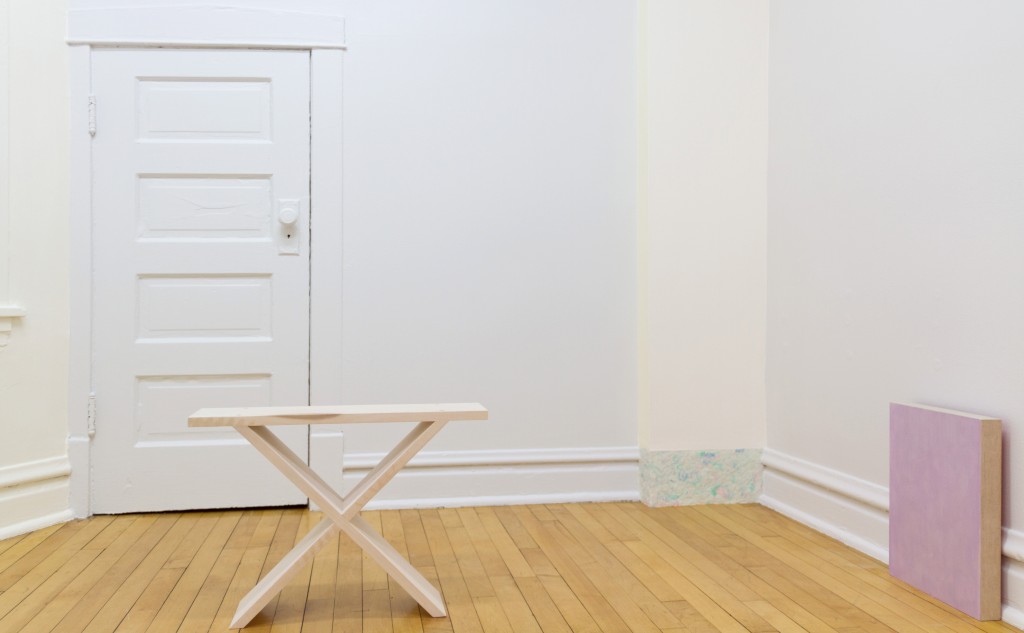 “MIDDLE DOUBLE,” a site-specific exhibition by up-and-coming New York-based artist Gordon Hall, is on display at Night Club, a relatively new apartment gallery in Bucktown. Hall, whose work covers a lot of ground including sculpture, writing and performance, is deeply concerned with platforms and the range of corporeal possibilities that objects and spaces have to offer. Having spent two weeks working on the show in the “gallery space”—a small yet well-lit repurposed bedroom—they present a set of understated sculptures and architectural interventions that function to subtly change our perception of its interiors. 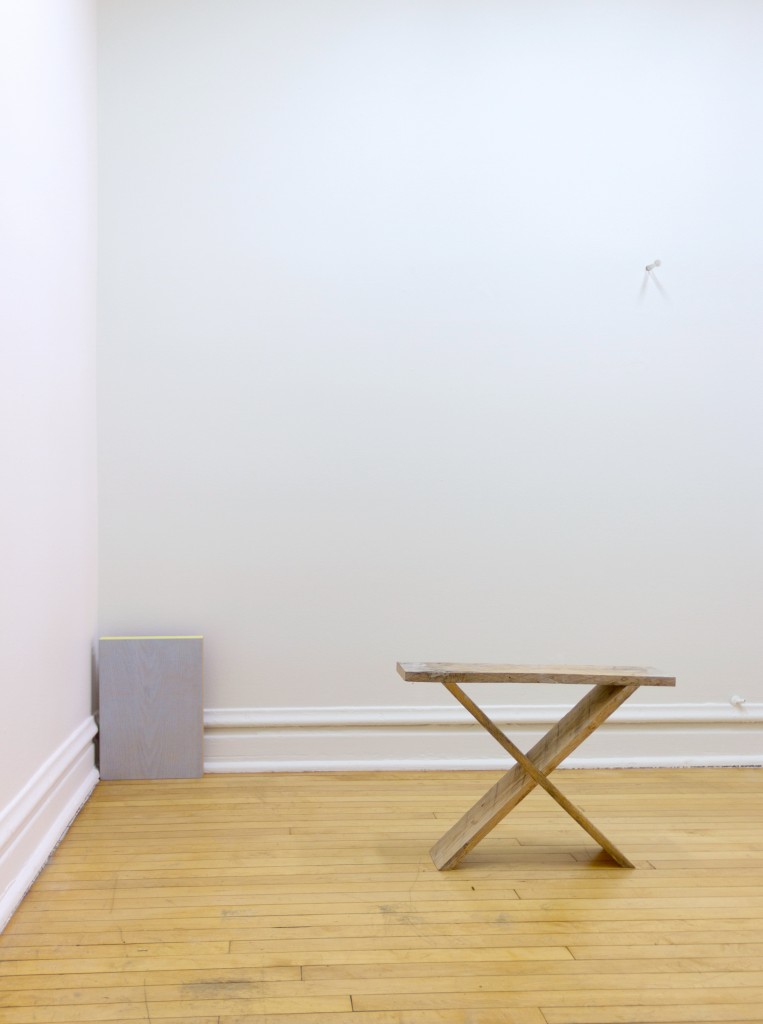 A mirroring occurs. Two identical coat pegs cast from Shaker designs are inserted into the wall at eye level on opposite sides of the room. Similarly, two wooden stools stand perpendicular to one another in the middle of the space: one a used object and the other a pristine replica made by the artist. These objects, while retaining their utility as furniture, additionally operate as markers or points of measurement because of their doubling. They bring with them their own histories as well as generate new avenues to understand them as artworks. Tucked underneath the molding in the corner of the room is a pastel block of modeling clay, seamlessly fused with the room’s baseboard. These kinds of hidden sculptural gestures along with each wall painted a different pale shade in the muted color palette of the exhibition allow its components to simultaneously integrate with and divide the space they occupy.

Although precisely executed and carefully placed, the artworks present an ambiguous interpretation of themselves. The dissections they create enhance the prospects of their use and meaning—in a sense offering their environment a kind of freedom that complicates notions of embodied space. Unlike the architectural interventions of Robert Irwin or James Turrell, who are interested in spatial perception in its purist form, Hall is concerned with the political. Their work demands careful attention to detail as subtle arrangements make certain lines more and less visible. (Shreya Sethi)