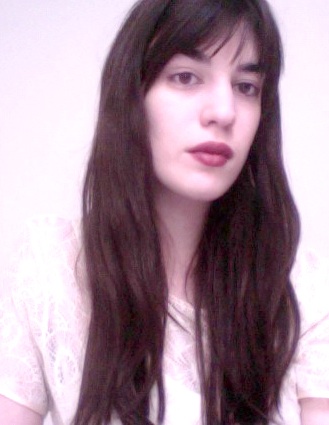 Last month, writer and artist Stephanie Cristello was appointed as one of the senior editors for ArtSlant. In this new role, she will be overseeing coverage not only in Chicago, but also Toronto (Cristello’s hometown) and Santa Fe. This appointment follows her taking on the role of editor-in-chief for THE SEEN, the blog for EXPO Chicago, last October, where she will continue as well. Cristello graduated from the School of the Art Institute of Chicago with her BFA in 2013. Much of her art-making involves text and shares the lithe, curious approach in her writing.

Looking forward to her new position at ArtSlant, Cristello described by email the interesting ways that their art coverage encourages drawing connections between projects happening throughout the world. “ArtSlant has this way of inadvertently forcing coincidence; it is the perfect environment for happenstances to occur on a more international scale. I am definitely interested in this idea of expanded connectivity,” she writes.

Working as an editor at the two publications, she draws distinctions between their roles and the responsibilities she has at both. Since beginning her editor role at THE SEEN, her goal has been to complement coverage of international exhibitions—many of which feature artists based in Chicago—with reviews of important exhibitions here in town. She has also hired staff writers based all over the world in Berlin, Chicago, Los Angeles, Montreal, New York, Paris, Philadelphia and Vienna from whom she sources reviews from their respective regions. In addition to overseeing arts writing, Cristello has also been coordinating programming as part of EXPO’s Dialogues series, such as a recent panel discussion about experiencing exhibitions online—a relevant topic for their coverage, not to mention ours here at Newcity.

In her new position at ArtSlant, Cristello will manage the Editor’s Choice picks as well as overseeing content in the three cities under her purview. She joins a larger editorial team across the US and Europe. She describes her realization that there are commonalities in the art worlds of Chicago and Toronto: “There was a lot of similarity and exchange between the exhibiting artists on display between the two scenes, and I think that exchange is growing more rapidly. There is a strong, but still somewhat secret or unknown, Canadian contingency in Chicago—for gallerists, writers and artists—and I think that this will slowly become more apparent with the more overlap I am hoping to see in coverage over the next while.”

Cristello also emphasizes that online arts writing is but one part of the ArtSlant organization, which is also responsible for curating exhibitions, providing a platform on which artists can post profiles and network, hosting booths at art fairs and offering the Georgia Fee Artist/Writer Residency program in Paris. As she has done with THE SEEN, Cristello has begun to explore ways to complement art criticism with programming. In advance of her promotion this year, she helped organize a group exhibition at Aqua Art Miami. Cristello has previously contributed art writing to Newcity. (Matt Morris)