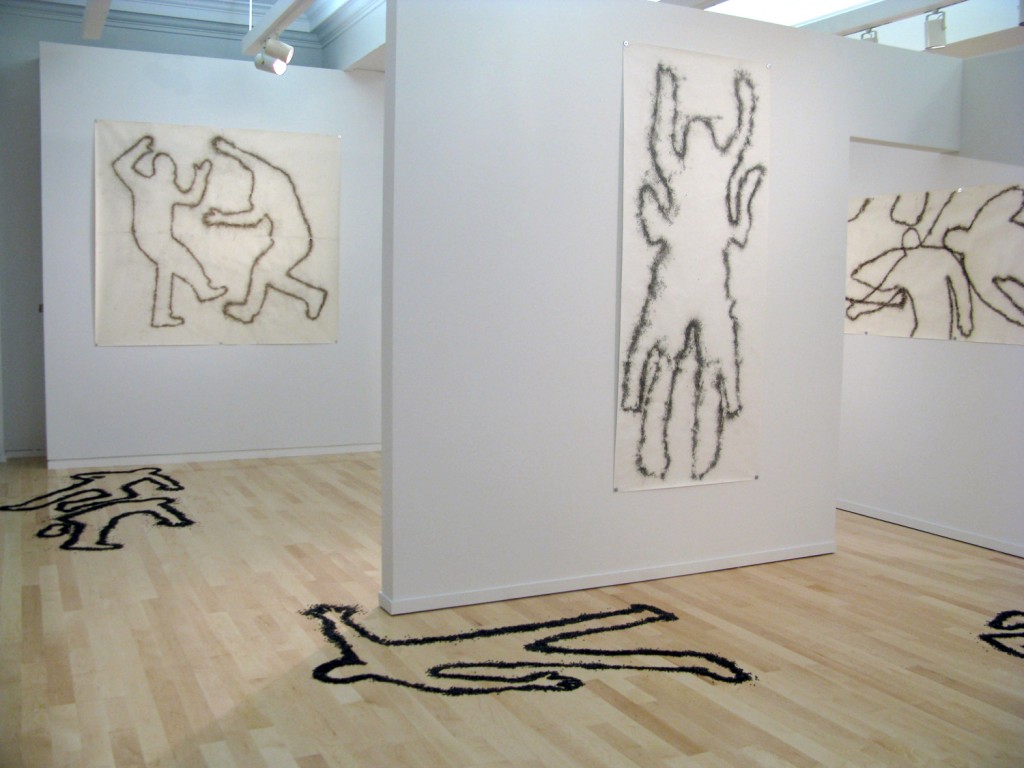 “Western Exhibitions shows all three of us,” say Dutes Miller and Stan Shellabarger, meaning the Chicago gallery separately represents Dutes, Stan and S&M, their collaborative practice as Miller & Shellabarger. The two met as undergraduates studying ceramics and organically began to work together on artistic projects. Twenty-one years later, the couple shares an Irving Park home and studio where individual art practices continue to grow alongside joint projects. Teaming up as Miller & Shellabarger periodically dominates their individual practices, while at other times independent work demands a hiatus from the collaborative. They have found an effortless ebb-and-flow, and three is not a crowd in this household.

Individually, Shellabarger elevates basic actions like walking or breathing into meditative, durational performances, in which gesture and footprint hold equal importance. Miller creates paintings and collages depicting queer mysticism using craft materials like Martha Stewart paint, glitter and pornographic magazines. Like sturdy rope of interwoven yarn, their joint practice takes on a distinct aesthetic of poignant reflection on shared human life. A push-pull between Stan’s interest in time-based work and Dutes’ occult imagery is perceptible in each Miller & Shellabarger piece. For a recent series the duo pulled hair from their signature beards to stitch imagery like their S&M logo into pristinely white cloth handkerchiefs and pillowcases. In “Untitled (Pink Tube),” the artists straddle a long threaded pink tube and crochet outward from the center. The piece will continue until one partner dies and the other unravels their accrued history stitch by stitch. 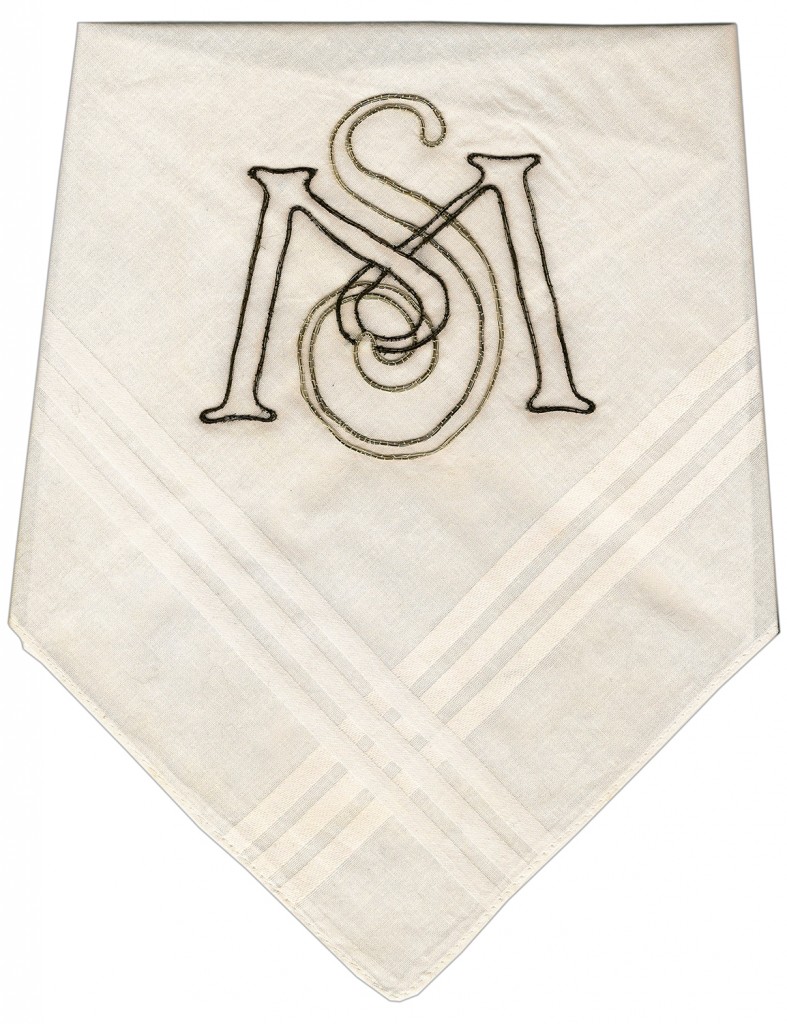 S&M’s gunpowder and sunflower seed drawings, on view in the Chicago Cultural Center’s exhibition “Again Gone,” blend performance, the body and sexual energy. The artists were making their well-known double portrait silhouettes and realized their conjoined beards had become too personal and recognizable. “We wanted something less about our bodies and more universally related to the human body.” In seed drawings one partner lays down and the other traces his form, leaving behind a vacant contour reminiscent of crime scenes. The energy-packed kernels stay sprinkled on the ground. “Ideally they would remain there forever for visitors to scatter, but I don’t think the Cultural Center staff would like us very much,” Dutes explains. Traversable like Carl Andre’s floor works, the loose seeds invite dissipation like Felix Gonzalez-Torres’ candy piles.

The gunpowder drawings begin similarly, but the ammunition is lit and burns grey, whispery curls into the paper. At the Chicago Cultural Center, these drawings softly billow on the wall, disavowing their violent creation—one partner literally setting fire to the other’s outline. Miller & Shellabarger quickly draw attention to this as sound foundation: charged inception and dreamy result.

In their romantic partnership, indistinguishable from their artistic one, Stan and Dutes refer to each other as husband and husband. They adopted this vocabulary thinking legal marriage would never be possible. On the upcoming fall equinox, as a work of life, not art, they will officially marry. (Anastasia Karpova Tinari)

Through August 24 at the Chicago Cultural Center, 78 East Washington.