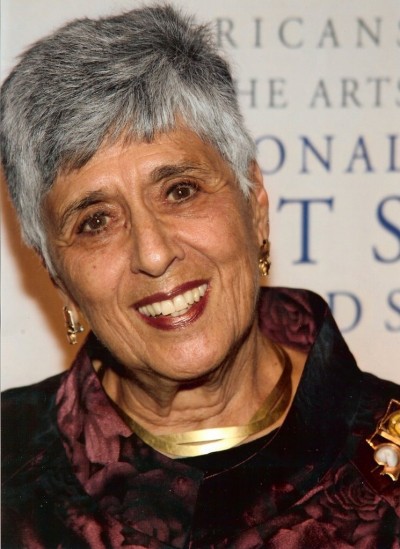 Chicago-based arts philanthropist Joan Harris will be among the twenty-one new recipients to receive medals for the 2013 National Medal of Arts and National Humanities from President Barack Obama on Monday, July 28. In Harris’ bio released from the White House she is being honored “for supporting creative expression in Chicago and across our country. Her decades of leadership and generosity have enriched our cultural life and helped countless artists, dancers, singers, and musicians bring their talents to center stage.” Harris and her late husband were major contributors to the Joan W. and Irving B. Harris Theater for Music and Dance in Millennium Park, now celebrating ten years of providing multi-arts performance programming in Chicago.

In a Chicago Tribune article announcing her National Medal of Arts award, Harris described herself as an “enabler” rather than a patron, as she is often described. Among her many roles in facilitating Chicago and national arts and cultural initiatives, Harris has served on the President’s Commission for the National Endowment for the Arts, has been a trustee of the Library of Congress Trust Fund Board, a trustee of the Juilliard School, and a former chairman of the Harris Theater for Music and Dance. (Matt Morris)

Below is a complete list of this year’s honorees: