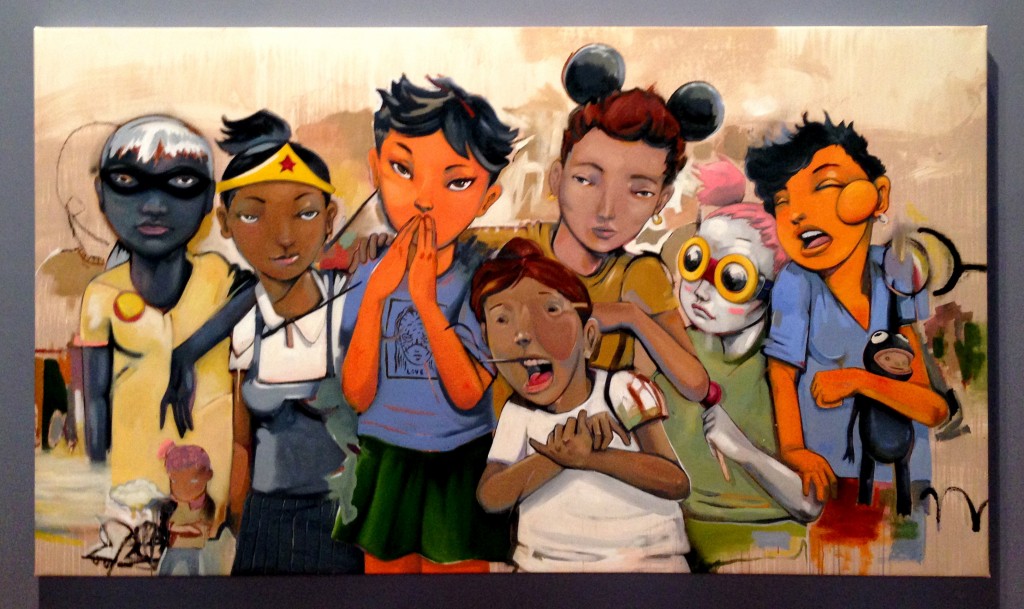 The large-scale canvases in Hebru Brantley’s “Parade Day Rain” document the travails and revelries of his iconic character The Fly-Boy and his accompanying crew of poly-cultural homies: all vibrant, active, bruised and soaring. Here is an incredibly fresh assemblage of a makeshift community of young people who traverse emotional territory and urban landscape with hope and heartbreak.

Based off The Tuskegee Airmen, Brantley’s Fly-Boy is a black comic-book superhero in a landscape where heroes are usually white, and criminals too often depicted as black. Often Brantley renders his characters in profile against dense pastiche backdrops filled with Nike symbols, bootleg Bart Simpsons, and Jack Johnson dropping lead fists on the head of white supremacy. 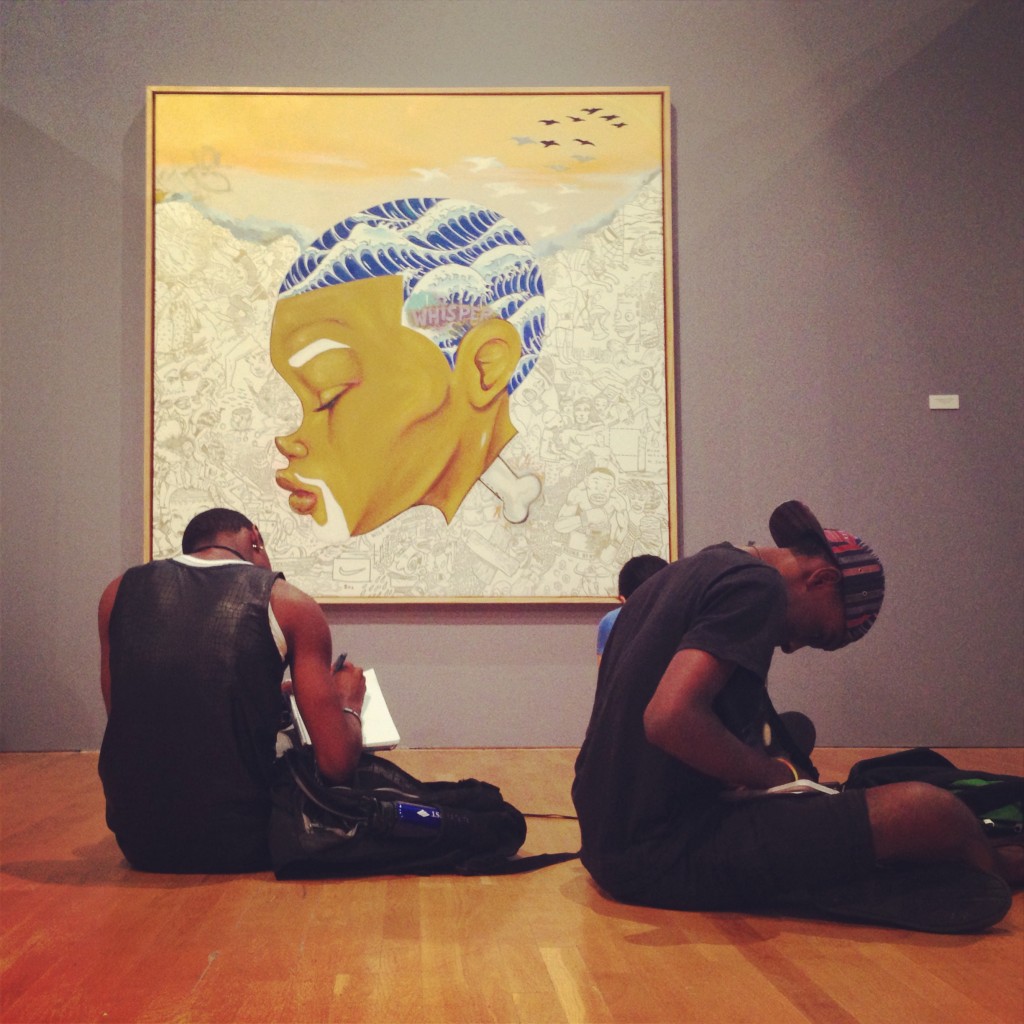 Along with his band of characters, he remixes American archetypes and repositions them into unnerving new contexts, as in the inclusion of Mammy Two Shoes, the headless black domestic in Tom and Jerry cartoons. These re-presentations of narratives and bodies at the margin of dominant discourse recall the anti-colonial aesthetic that hip-hop legend KRS-ONE described when he encouraged artists to “put your self in the picture.” Cutting through the assumptions and incursions crafted by fetishizing onlookers, Brantley depicts average, working-class black boys or girls with superpowers, magic and the ability to fly.

Mostly Brantley’s Fly-boy and crew are shown living ecstatic, fearless lives, in search of each other, love and the other silver linings of lived experience in a city that denies and terrorizes them. These paintings are youthful, hopeful, painful and nostalgic. They will make you think of every adventure in your childhood and how—right this moment—many kids in Chicago do not feel safe being or playing outside because of gun, police and gang violence.

“Parade Day Rain” will resonate with hip-hop heads, comic-book fans, WPA-era realist mural aficionados and folks who adhere to Black Surrealism or SUPER-realism like the AfriCOBRA painters from the South Side Community Art Center. When I brought my students from Young Chicago Authors to the exhibition, one exclaimed that it’s an assemblage of “super-hero misfits” who survive in an urban dystopia that might not want them to. (Kevin Coval)

Through September 23 at the Chicago Cultural Center, 78 East Washington.