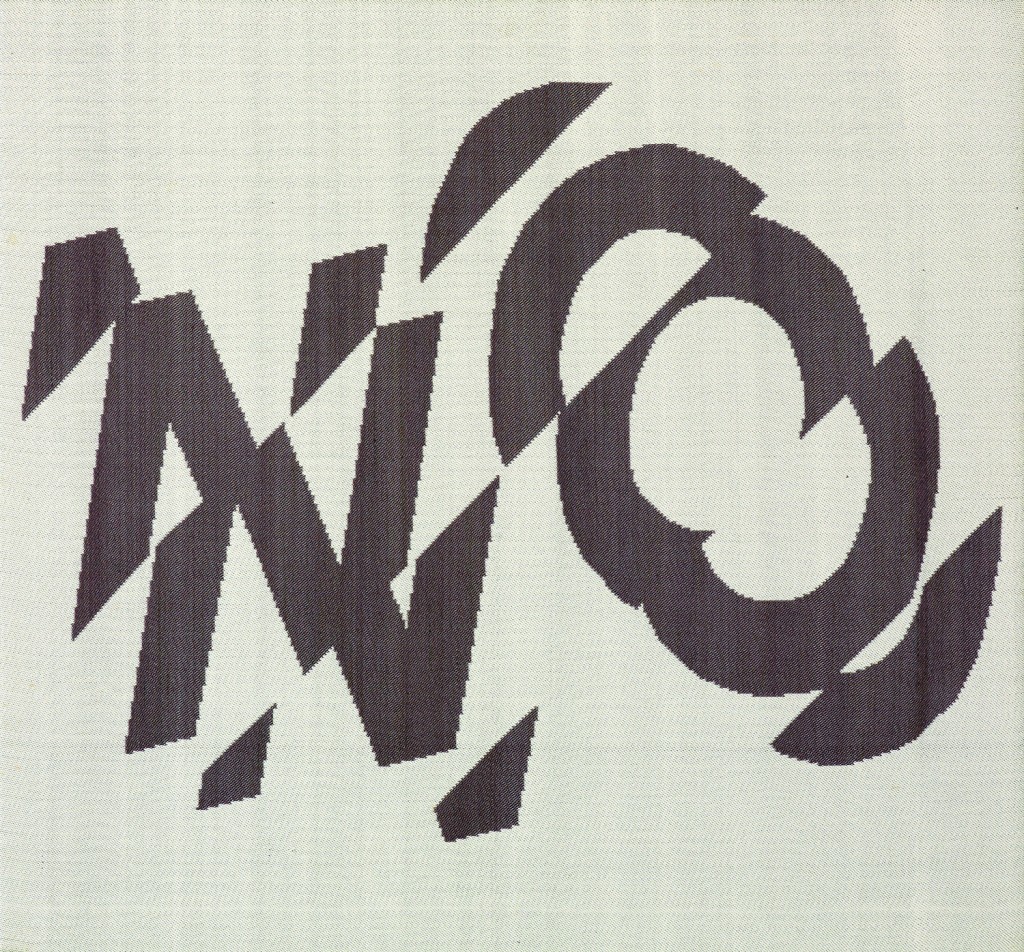 With her mastery of craftsmanship and design, Ethel Stein, born 1917, might now be the master weaver at the Bauhaus had it endured as long she has. This retrospective, spanning 1982 through 2008, suggests that her primary concern in those years was the pictorial potential of work produced on an old-fashioned drawloom, photographs of which are prominently displayed beside her work. Responding to personal, community and art world concerns, she did things with a loom that have more often been done with brush, paint and canvas.

For example, she wove a small portrait of her dog “Bear.” As the gallery notes explain, it is “cotton, plain weave with supplementary discontinuous wefts bound in twill interlacings and supplementary pile warps forming cut and voided velvet.” But whatever technical achievement this may represent, I can’t help but ask, “why are we looking at this animal?” She also did Renoir-like nudes and an incredible depiction of a splash pattern inspired by eggs smashed in a bathtub. But again, it’s the facture, rather than the resulting representation that is the most compelling. Her lone text image, “No to Indian Point,” is more clever than satisfying as it expresses anger over the issues of her local nuclear facility. Her textile adaptations of white-on-white minimalism, color grids or geometric space seem to be nothing more than a demonstration of technical facility. 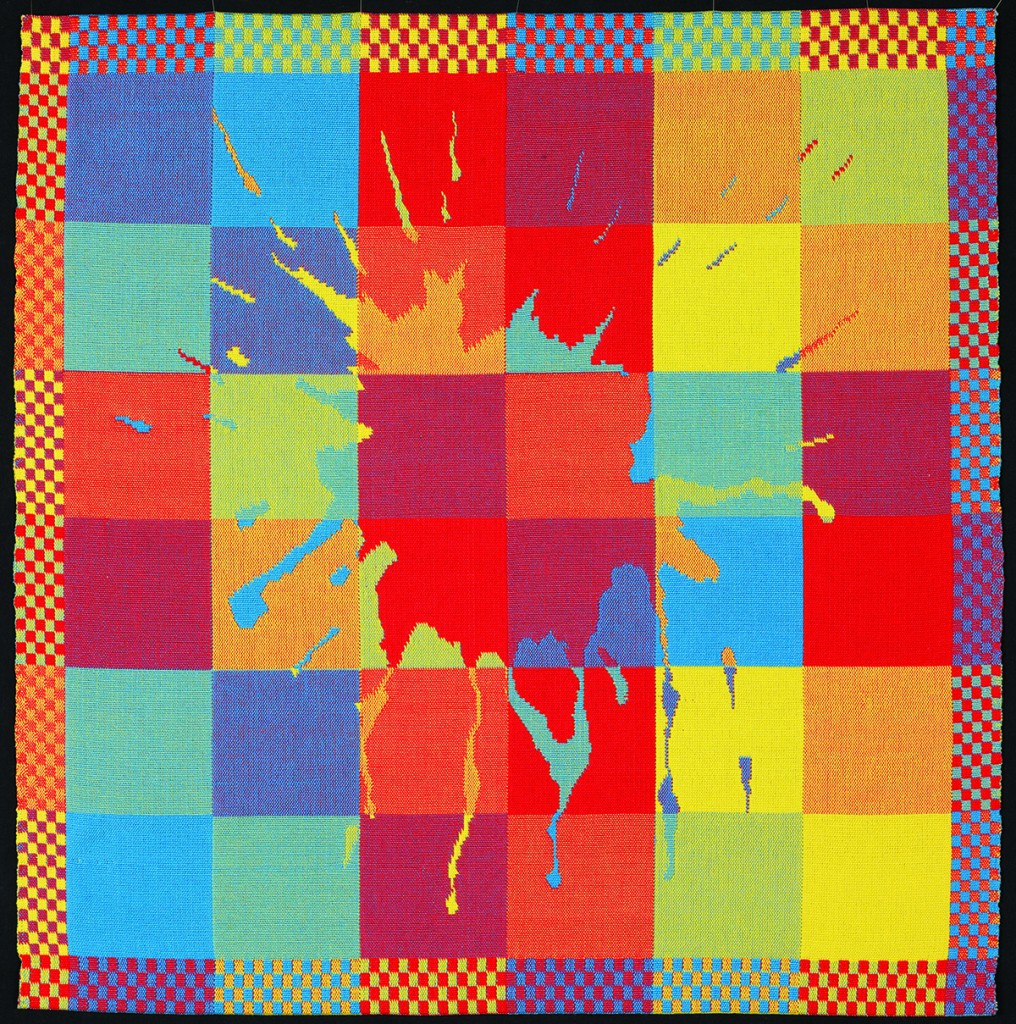 But in her mid-sixties, Stein seems to have been at the peak of her formal powers as she was measuring just how far each and every colored thread needed to show. Her blue-and-white damasks from the early 1980s could hang beside the very best geo-form painting, whether by Mondrian or the potters from ancient Casas Grandes. Both thrilling and comforting, they’re the perfect match for the cool, efficient, reasonable, world of modern architecture. Her other works feel like experiments; these textiles feel like achievements. (Chris Miller)

Through November 9 at the Art Institute of Chicago, 111 South Michigan.