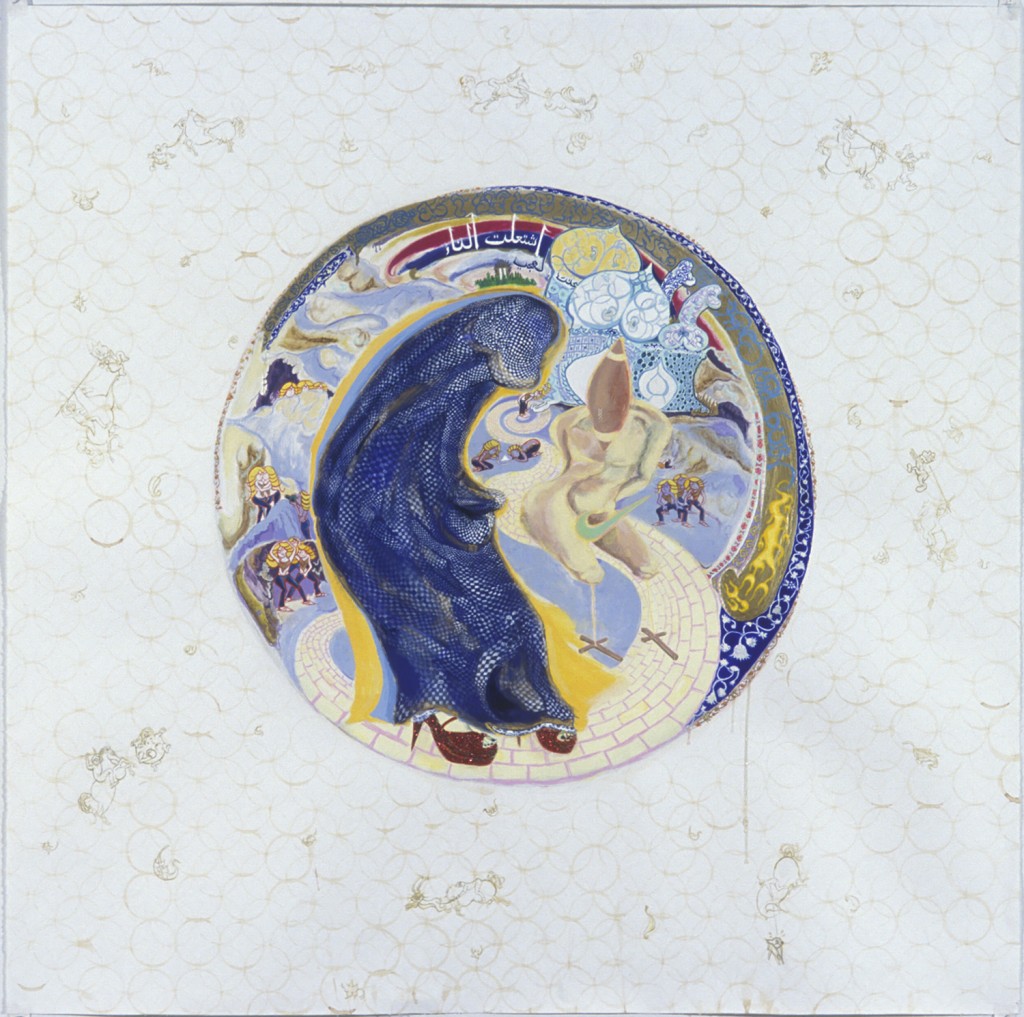 The archive is a reminder, a catalogue of documents that help us imagine and encounter the past. DePaul Art Museum’s “Fires Will Burn: Politically Engaged Art from the Permanent Collection,” features works that explore social justice issues from the 1930s to the present—an era shaped by Roosevelt-backed New Deal programs and other social activism that has targeted relief, recovery and reform.

For “Fires Will Burn,” the works are grouped loosely by geography, highlighting the overarching complexities—historical, political and emotional—that constitute their conception. Most of the works shown are print media: etching, lithograph and screenprints by many politically motivated artists. Roger Shimomura’s artistic practice was prompted by his experience in the Minidoka internment camp during WWII. His “Yellow No Same” series borrows traditional Japanese costumed actors from wood-block prints who are shown separated by barbed wire from Japanese Americans. Negar Ahkami’s painting “As I Sit Here Musing, Fires Will Burn” is an examination of the Iranian-American artist’s overlapping cultures. In the ornamental painting on paper, the role of women is prominent: a burqa-clad figure wearing high heels is contrasted with a nude woman with a football head, surrounded by imagery from both of her cultures.

Diego Rivera’s “Wounded Soldier,” documentation of the Mexican Revolution, portrays a man on the brink of death. This work hangs beside Enrique Chagoya’s codex “Illegal Alien’s Guide to the Concept of Relative Surplus Value.” The codex form updates Mayan manuscript compositions to construct an alternate reality where the Spanish conquest of the New World failed, typified by culture-specific icons such as Superman, Aztec gods, white guys with pith helmets and four-eyed skulls. The apparatus of the imagination is shown here as a political tool that destabilizes monolithic renderings of history. These artworks address archives of politically charged points in history by presenting multivalent accounts of social injustice and the struggles of the subjugated throughout time. 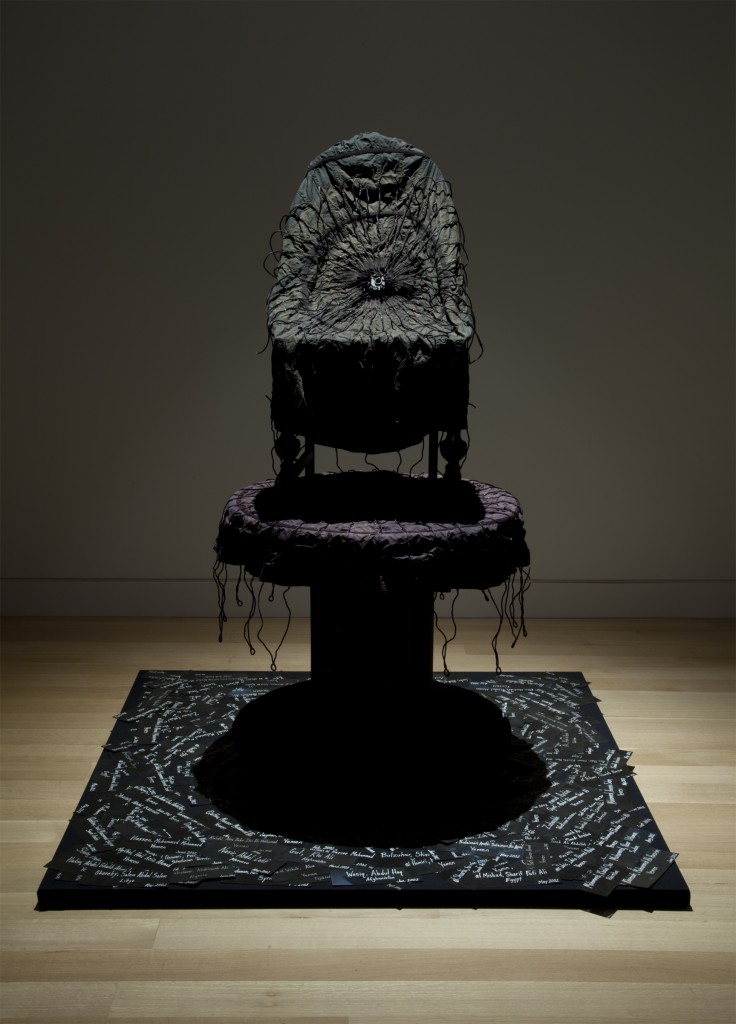 The works on paper are joined by a sculptural installation by Gerda Meyer Bernstein. In the funereally toned “Justice Chair” a chair draped in black, radially patterned netting is stacked atop a table, which is centered on a low plinth. Lengths of filmstrip, each inscribed with the names of Guantanamo detainees, are scattered around the furniture tower. This jarring installation places us explicitly in the present, visually evidencing of the sheer number of human lives imprisoned. “Fires Will Burn” collectively purports a unanimous message: all parts of life are and always have been political. (Hiba Ali)

Through December 21 at the DePaul Art Museum, 935 West Fullerton.