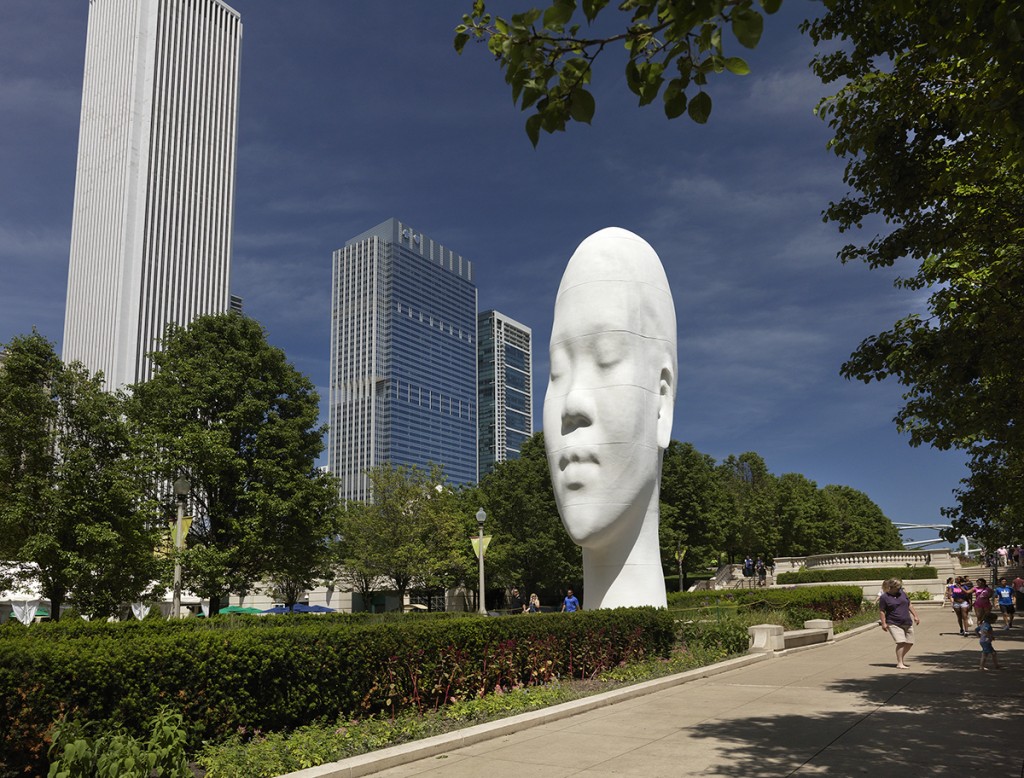 Spanish sculptor Jaume Plensa designed his first gigantic head, “Dream,” in 2009 on the site of an abandoned coal mine to help a former mining town, as his website puts it, “fill the void left by the colliery since its closure.” Since then, similar heads have popped up in cities around the world, with four now installed in Millennium Park. All of them are derived from digitally modified 3D photographs of girls on the verge of puberty. All have their eyes closed, as if peacefully looking inward.

The shining white, thirty-nine foot “Looking into my dreams, Awilda” serves well as the Madison Street gateway, inviting the public into what is essentially a contemporary art amusement park. Since it resembles computer-generated imagery more than either sculptural or natural forms, it’s as if Millennium Park had been accessed from a PlayStation rather than the busy sidewalks in the Loop. Just as playful is the row of three narrow, twenty-foot heads overlooking Crown Fountain, Plensa’s sculptural installation celebrating its tenth year installed in the park. In summer, their stately presence offers a soothing retreat from the screaming riot and water play below. 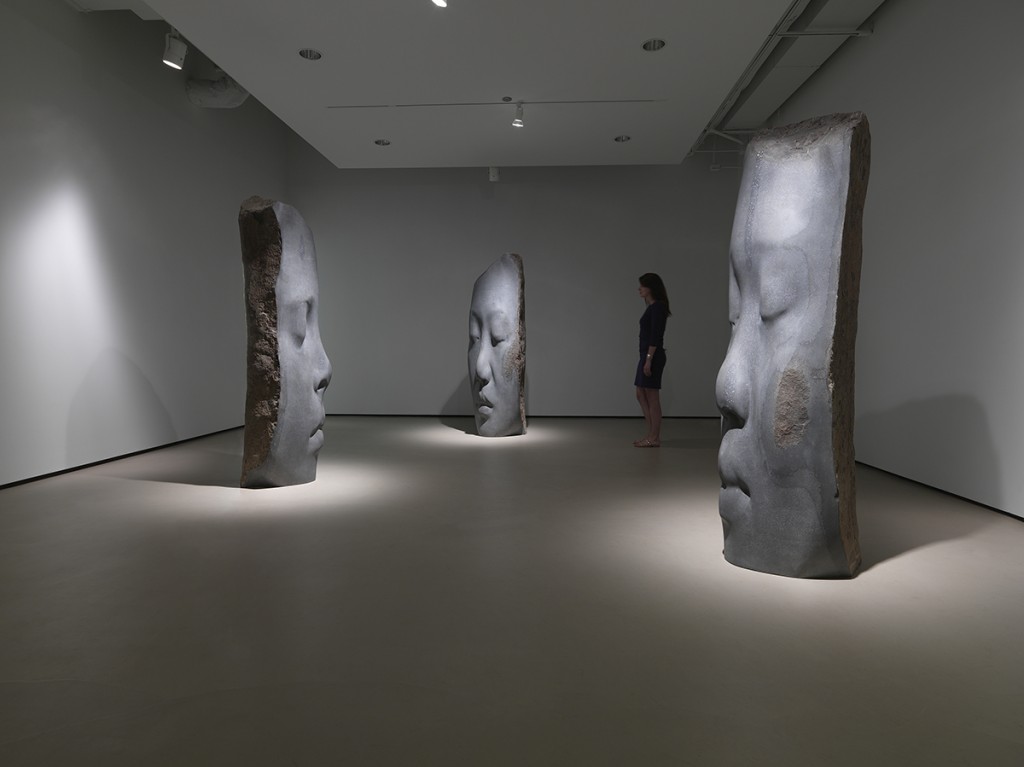 The untroubled faces of Plensa’s innocent girls seem to have struck a chord in hearts around the world. They present a badly needed, non-tribal public optimism, and when was the last time contemporary art did that? Humanity is good, humanity is lovable, and humanity has a future. But do the pieces need to show the gimmickry of CGI distortion? Outside the wax museum, figure sculpture has always involved distortion, but in the hands of great sculptors, distortions measure, bend and compose mass and space with enjoyable precision. The Plensa heads are an exciting addition to Millennium Park, but it’s no tragedy that they’ll be gone in eighteen months, to be replaced, like blockbuster films at the multiplex, by whatever’s coming next.

Concurrently, Plensa heads, carved in stone or cast in glass or bronze, are now on view at Richard Gray Gallery. Since they are smaller, they invite closer scrutiny. The contrast between the polished and rough sides of the basalt pieces is pleasant enough, but when studied up close in a gallery setting, the message of hope can sadly not be found in the digital modeling. (Chris Miller)