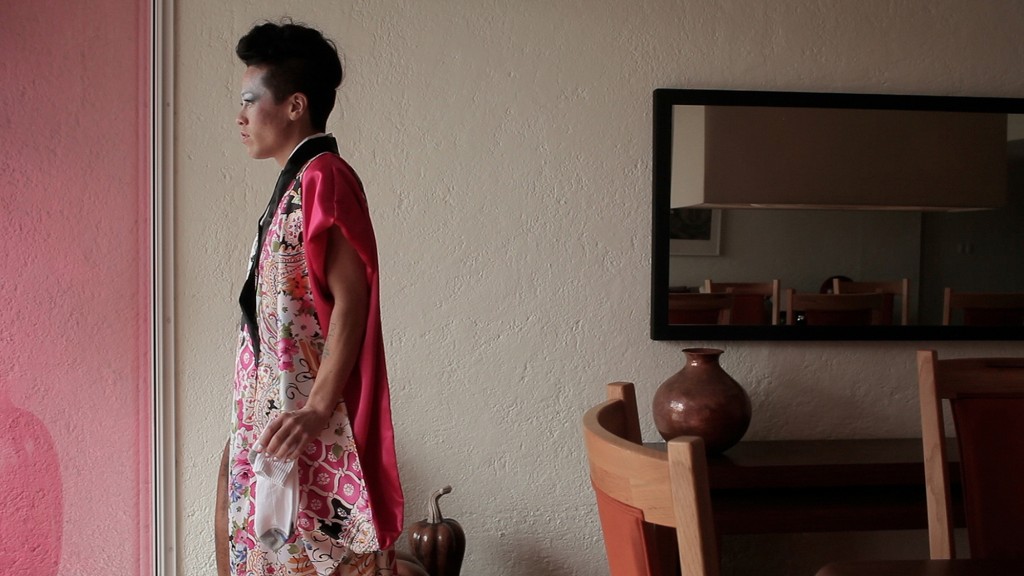 The Museum of Contemporary Art in Chicago has acquired “Mishima in Mexico,” a high-definition video projection with accompanying programmed LED light installation by the American artist Wu Tsang. This work is added to the museum’s collection on the eve of “Moved by the Motion” a performance work by Wu Tsang and the performance artist boychild that will be presented at the MCA tomorrow, Tuesday August 5, from 6pm-8pm.

“Mishima in Mexico,” 2012, is based on the 1950 novel “Thirst for Love” by Yukio Mishima, a Japanese writer and film director whose creative works are iconic within queer literature. In Tsang’s video, he and his collaborator Alexandro Segade shift between the four characters that make up the story which experimentally narrates the attempts of a director and screenwriter to adapt Mishima’s book to film. The video is projected in a space lit with shifting LED lights that recall the atmosphere of a nightclub. “Mishima in Mexico” will be a key piece in the MCA’s upcoming fall exhibition “Body Doubles,” which opens on October 25.

The work was originally commissioned by the Gwangju Biennial in South Korea, and is the first work of Tsang’s to enter the MCA’s collection. The artist, now based in Los Angeles, earned his BFA from the School of the Art Institute of Chicago in 2004 before being included in both the 2012 Whitney Biennial and the New Museum’s Triennial; currently he is the only artist to be included in both prestigious exhibitions.

Tomorrow’s performance represents an ongoing collaboration between Tsang and boychild that explores play through voice and movement, with Tsang performing the former and boychild the latter. The MCA notes that the performance is recommended for mature audiences. (Matt Morris)