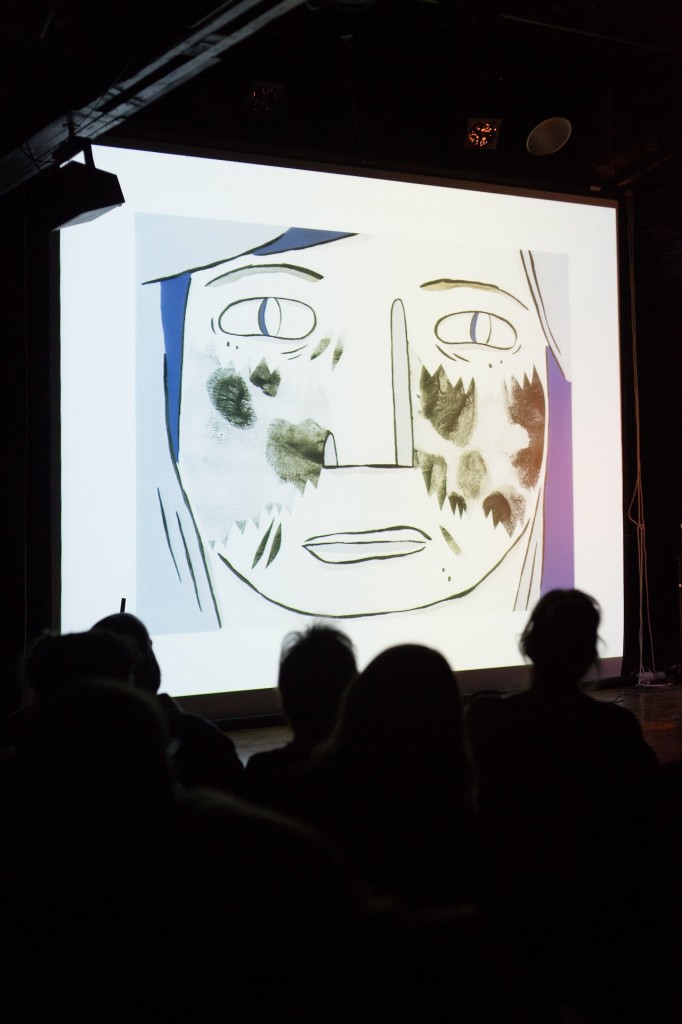 This Saturday, August 9, Thalia Hall in Pilsen will host the nineteenth and final Brain Frame, a bimonthly show self-described as “performative comix readings.” Three years ago, cartoonist and filmmaker Lyra Hill began Brain Frame as an experimental space for comics-based works to be performed for live audiences. Projected slide shows, music, puppetry and other zany forms of theater have been the staples with which comic artists and authors have expanded on their illustrative universes into dynamic live events. In an email to Newcity, Hill writes, “These past three years of Brain Frame have been hugely influential to the underground scene (particularly the alt-comics scene) in Chicago, and an exhausting whirlwind for me. I’m really looking forward to celebrating Brain Frame’s success and calling for the community to sustain itself moving forward.”

The show on Saturday is a curated collection of Hill’s favorite alumni from previous Brain Frame events, including a murder mystery by Jessica Campbell in collaboration with Aaron Renier, who created the ongoing, crowd-sourced comic project The Infinite Corpse. Their performance promises canine-themed intrigue and the use of twenty papier-mâché prosthetic heads. Ian McDuffie will return for a sixth time in a Brain Frame lineup, this time holding a conversation about gender and identity with fellow creative Emily Hutchings. The hilarity that has come to be expected from many performers on these nights will be tempered by reflective works like Nick Jackson’s account of experiences in the Peace Corps and recent protests in Kiev.

Doors open at 6pm with music by Flux Bikes and Tyson Torstensen. Thalia Hall’s opera boxes will be the sites of interactive installation artworks and galleries of Brain Frame’s screen-printed posters. Performances begin at 8pm. Tickets are $12 in advance and $15 at the door, for ages seventeen and up. Thalia Hall is located at 1807 South Allport. (Matt Morris)