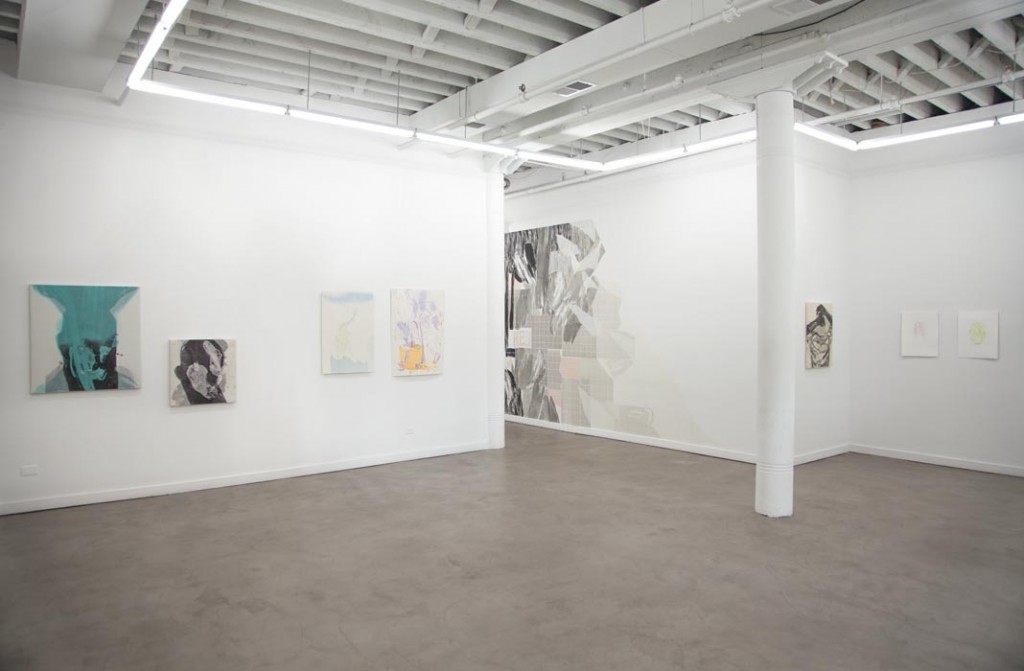 Though they appear vigorous, the bold gestures and painterly strokes that evoke the heady days of 1950s expressionism in Ari Pelkonen’s paintings, currently on view in Western Exhibitions’ “Helsingistä,” are actually the result of woodblock printing: a slow and methodical technique antithetical to the heroic gestures it emulates. Evoking pop-artist Roy Lichtenstein—who pilloried the dramatic look of the “tenth street touch” in overblown satires such as “Big Painting No. 6”—Pelkonen’s take is refreshingly free of cynicism. Works such as the wine-stained “Hold” offer instead earnest explorations of surface and touch coupled with an interest in figuration versus abstraction and interpretation versus recognition. 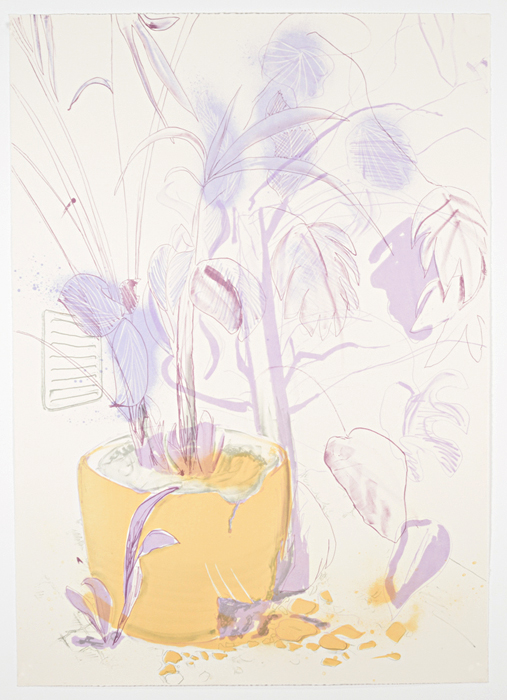 Valpuri Kylmänen’s lithographs don’t grapple with the psychology of seeing in the same way that Pelkonen’s paintings do, but they’re no less engaging for it. In these celebrations of the everyday, soft yellow and orange hues dominate unconventional arrangements of traffic cones, road signs, showers, plants and plastic bags stocked with fish. The sureness by which Kylmänen approaches her medium is appealing and evident in the bleeding, watercolor-like finishes that offset the deft line work in prints such as “Violent, violet, vent.”

In an age when a sheet of Somerset Satin paper can be fed through a large-format printer with minimal effort and yield excellent results, it’s reasonable to ask what drives the continued fascination with the graying practices of carving wood and chemically altering stone. Few mediums embody the metamorphic character of art like lithography or wood-cutting, but printmaking’s distinguishing feature (its ability to deliver large volumes of essentially the same image) has been convincingly assumed by electronic means.

Pelkonen’s work tackles the issue by incorporating woodblock-printing as simply another mark-making tool, while Kylmänen holds fast to tradition. When the two approaches collide in “Helsingistä,” the collaborative mural-like installation that is the climax of the exhibition, its wholly irreproducible combination of printed Japanese papers and site specific architecture make the show’s most forceful argument on behalf of printmaking’s continued relevance and its continued innovation. (Alan Pocaro)