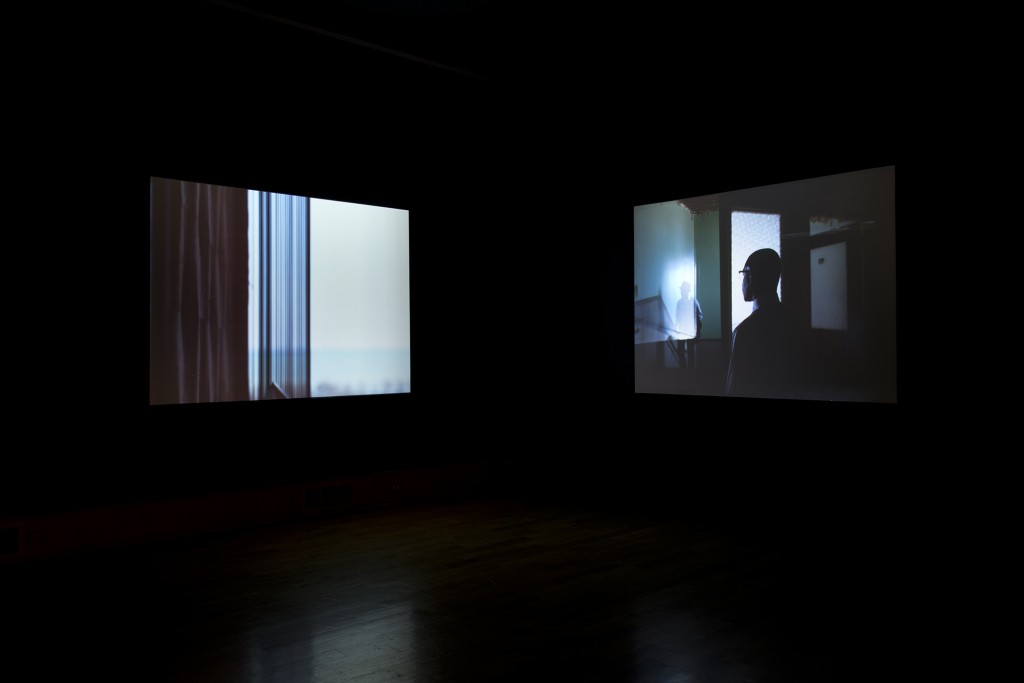 Sifting through the black-and-white photographs from the Menil Collection, Leslie Hewitt was disarmed by the quiet moments of everyday life found amidst the turbulent marches, violent mobs and impassioned speeches of the Civil Rights Movement. Borrowing a glance, a gesture or a pose, the artist transformed the archive of 230 photographs into a cinematic meditation on memory.

“I was often overwhelmed by the flatness of the photographic image, how its limits—the geometry of it—are often so apparent to me,” Hewitt reflects as we talked late into the afternoon. “From the very beginning, I grappled with the border created by the square or the rectangle of a given image.” In a two-channel video projection “Untitled (Structures)” (2012), the artist attempts to expand the two-dimensional space of the photograph. The quivering light of the projector illuminates architectural ghosts and invites the viewer to step into crumbling urban ruins. From Memphis to Chicago, the dilapidated structures of the Universal Life Insurance Company, the Johnson Publishing headquarters (publisher of Ebony and Jet) and the Rosenwald Apartments flicker across the screen, so haunting one can almost smell the amber and mahogany of age.

Over a period of two years, in collaboration with cinematographer Bradford Young, Hewitt filmed the rural and urban landscape of the Civil Rights Movement. A silent 35mm vignette captures the piercing Chicago wind moving through bare branches outside the Rosenwald Apartments in Bronzeville. Years of neglect have caused plaster to peel, water to stain the wallpaper and parquet floors to crumble. What was once a grand 420-unit brick masonry complex housing middle-income blacks now stands empty. Built in 1930 by Julius Rosenwald, president of Sears, Roebuck and Company, the Garden Apartments were constructed as a response to tremendous overcrowding caused by racial segregation in Chicago. 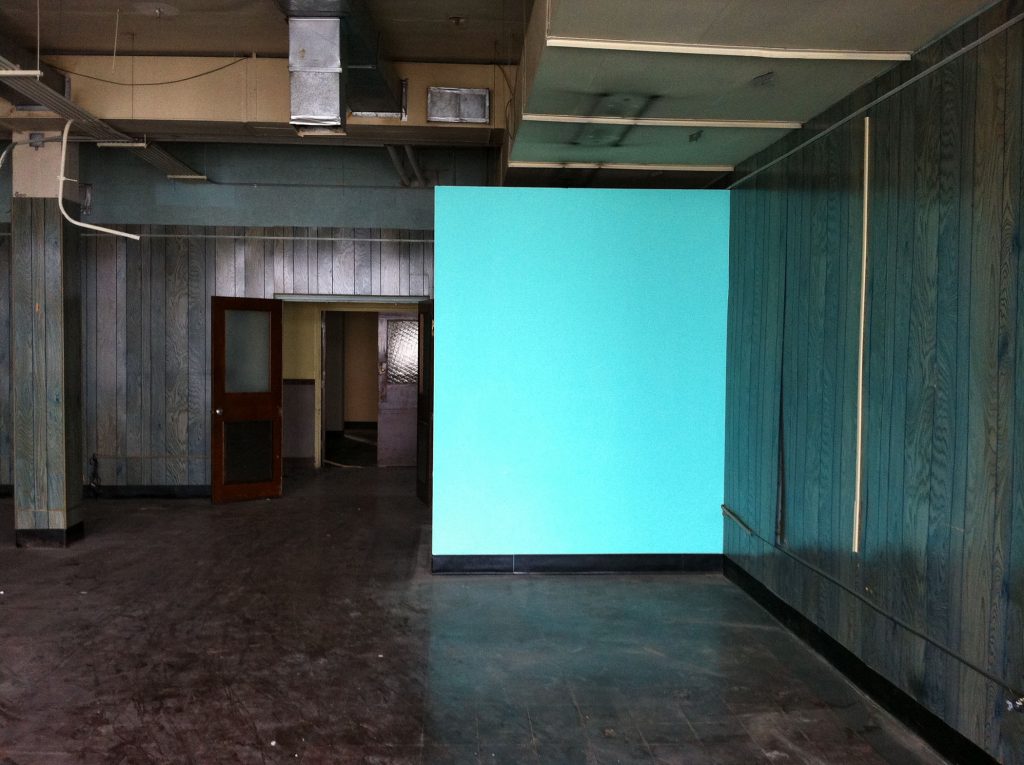 “My parents participated in the Civil Rights Movement and had a very clear idea of progress,” explained Hewitt, “They understood progress as an unyielding movement forward. That is not to say they disregarded history but they looked ahead with great optimism, fortitude and awareness of what was possible.” Contemplating documents of the past, now mostly forgotten—yellowed newspaper clippings, brittle photographs, static television broadcasts—the artist reconstructs a contemporary relationship with the Civil Rights Movement. “To think that history fits neatly in the past and does not have an effect on us in the present is dangerous.

“We are struggling as a society to come to terms with what constitutes American history. I don’t know if we have carefully looked at the effects of the Civil Rights Movement. I think we have only looked at the successes in a very particular way.” “Untitled (Structures)” subverts a linear narrative of history as progress. Instead, history unfolds like memory itself—fragmented, contradictory and fleeting. (Annette Elliot)

Hewitt shows at the Museum of Contemporary Art through August 31, 220 East Chicago.