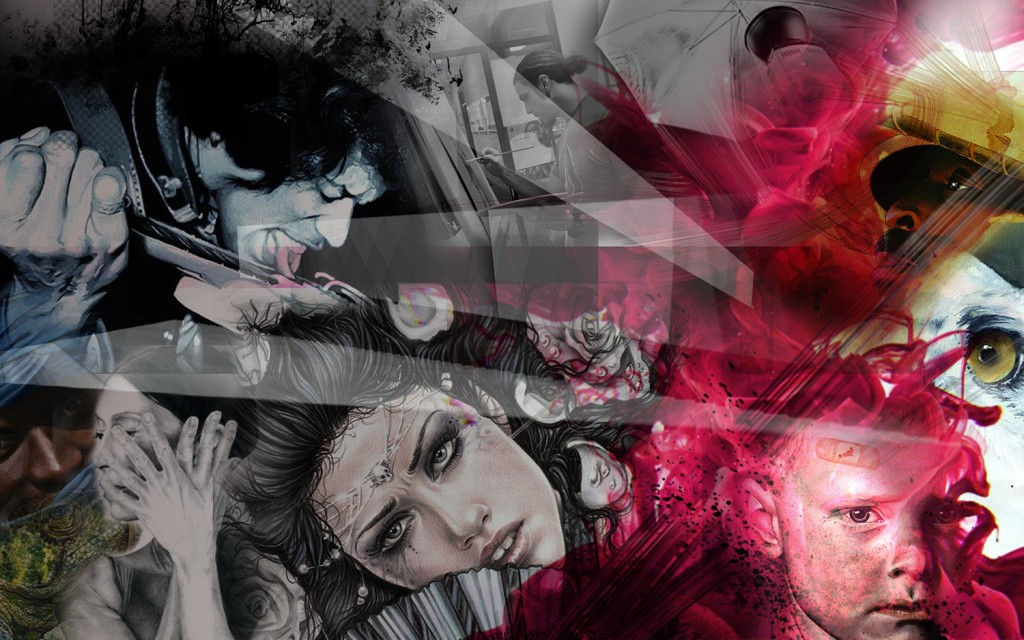 Montage of artists’ works from the International School of Comics

The International School of Comics (ISC) announced this week that, during the month of September, it will offer a series of workshops that are free and open to the public. Dubbed Freetember, the school will host classes in concept art, digital coloring, comic book cover design and watercolor, as well as introductions to techniques in building narratives, working methods and independent publishing. Many of the teachers of these free classes are also faculty in the ISC’s degree program, such as Robin McKay, who will be coaching participants through an After Effects Crash Course and Emma Rand, one of ISC’s adjunct professors, who has also organized the Freetember project. Guest artists are also on the Freetember roster, including Jenny Frison, who currently works as a Marvel cover artist and for Hasbro. For a full list of the classes offered visit ISC’s website, or see below. 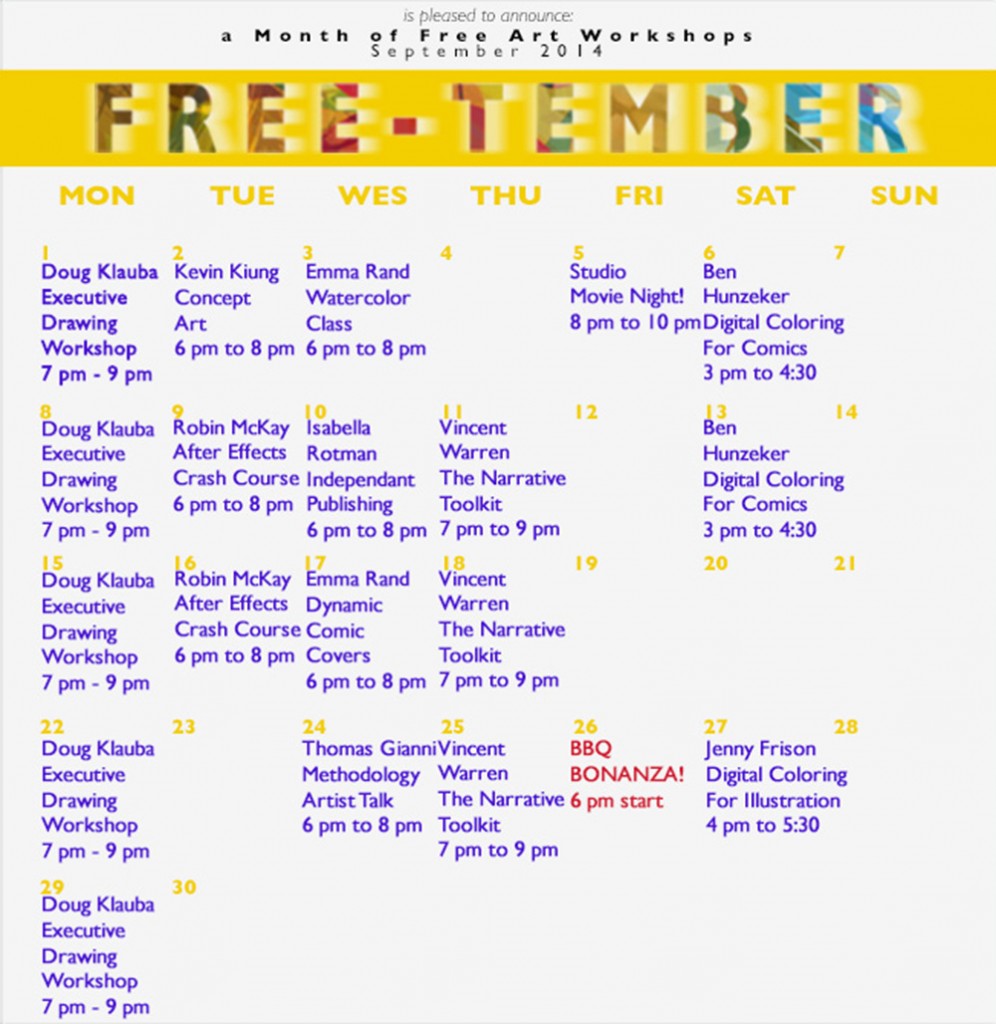 In a follow-up email, the School’s director Annalisa Vicari writes, “We hope that by offering workshops for free, we can create an open and inviting vibe to intrigue beginners who have perhaps shied away from exploring their artistic side in the past. We’d like to create a space where all different backgrounds and experience levels in the Chicago art community can come together and get to know each other while learning new skills or brushing up on old skills.” Those interested in attending one or more of the free class offerings can RSVP by contacting info@schoolofcomics.us. Alternately, there is an optional membership for $10 that will take ten percent off future workshops the school will host beyond this free month of classes.

ISC opened a Chicago branch of their school in April of this year, its first in the United States. The school was originally founded in Rome in 1979, and has since opened eight other branches throughout Italy. (Matt Morris)