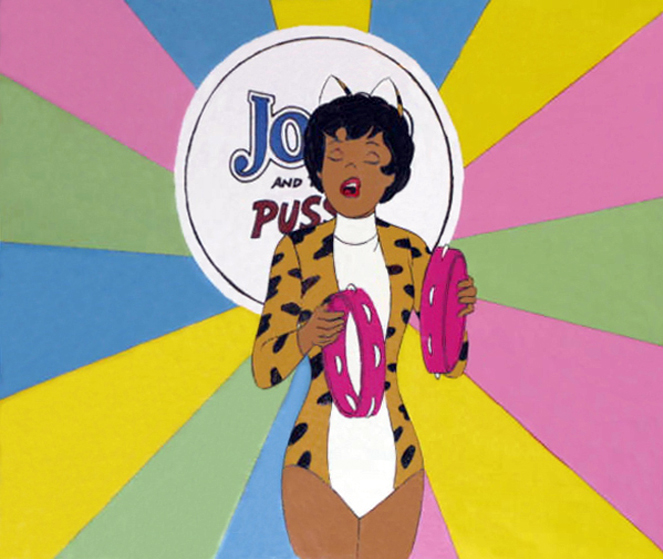 “Funky Turns 40: Black Character Revolution” focuses on the Saturday morning cartoons of the 1970s that feature the first ever positive portrayals of African Americans in animation. Presenting original production cels and drawings of cartoons such as the popular “Jackson Five” animation and even “Josie and the Pussy Cats” (Valerie being the positive black character), the exhibition evokes nostalgia in anyone that has watched these shows while celebrating a significant moment in black history. 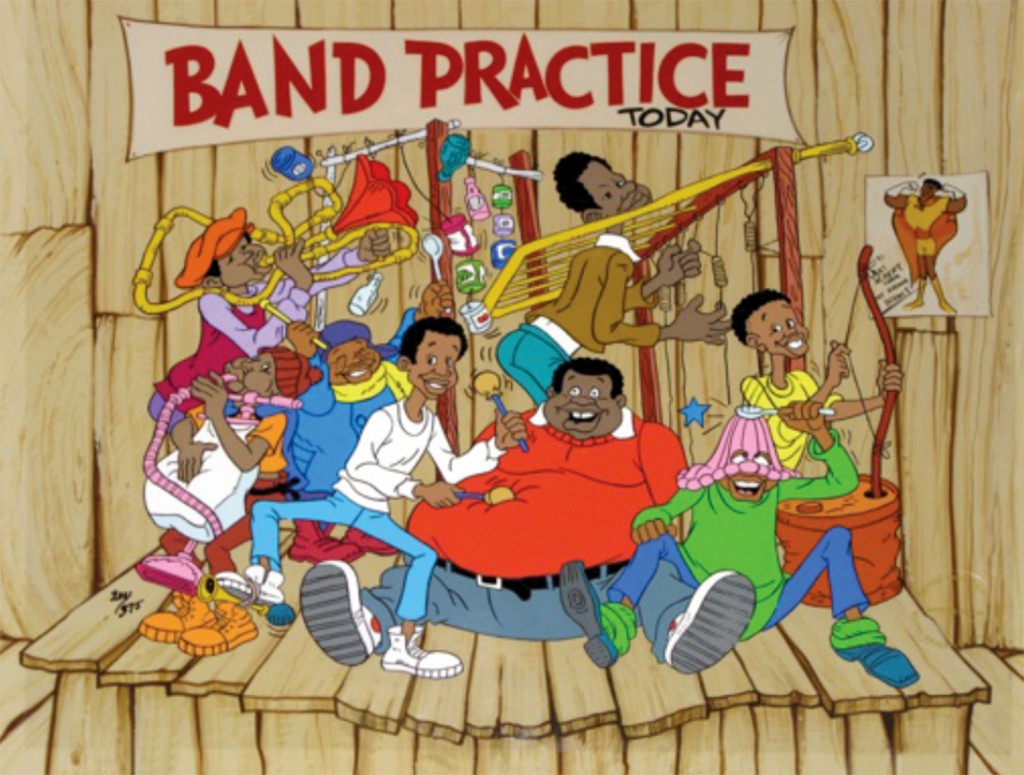 A product of the civil rights movement, cartoons featuring African Americans that began airing on television after the 1970s contrasted sharply with the deeply derogatory images that precede them. Shows such as “Fat Albert and the Cosby Kids,” one of the longest-running series in the history of Saturday morning cartoons, were some of the first to have a positive black animated cast that provided role models to an entire generation of viewers. Although they reflect the success that African Americans were already achieving in various other areas, with the Globetrotters coming from basketball and the Jackson Five series from the music world, the cartoon characters were groundbreaking in the area of animated television and should be appreciated in their own right.

The sixty pieces of animation art on view at the exhibition materialize the moving images of the past while giving insight into the original ideas of their animators. An early hand-drawn caricature of Freddie “Curly” Neal from the Globetrotters depicts him as a celebrity and an agile athlete with comically rendered large feet and long arms with which he excels in his sport. Valerie is also a star, portrayed center stage with an Afro in an original color production cel from 1971. In addition to these more recognizable cartoons, also featured are cels of less widely known animations such as “I Am the Greatest: Adventures of Muhammad Ali” and “Our Friend, Martin” based on the life of Martin Luther King, which only made brief appearances on screen also have a chance of including themselves in history. They are having a revival through a national museum tour scheduled through 2017. (Shreya Sethi)