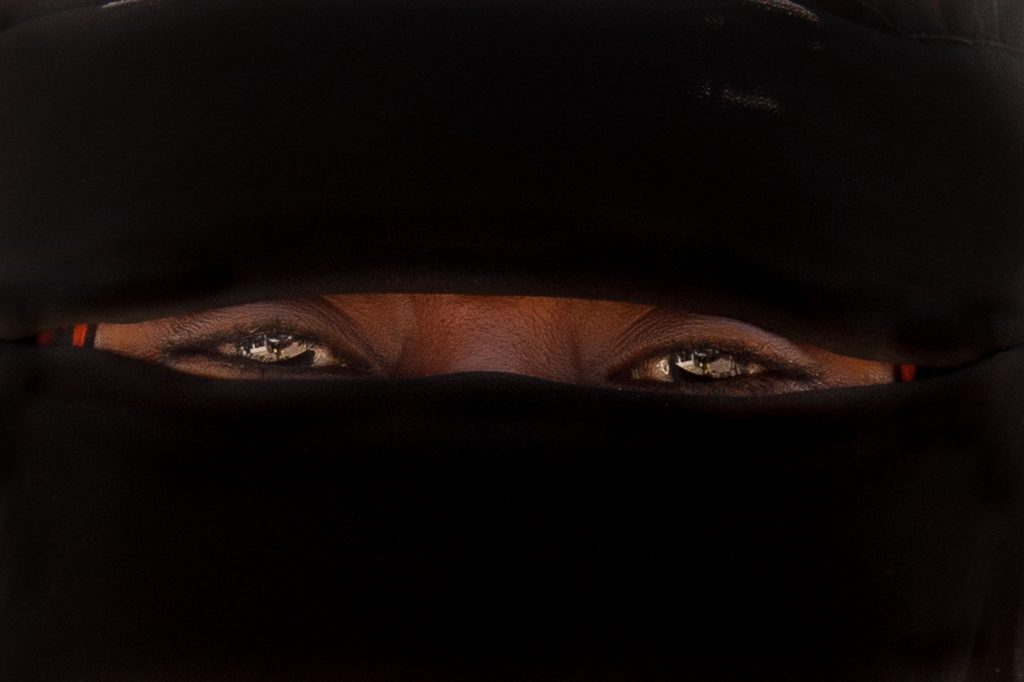 In this inaugural exhibit mounted by Women in Focus, a new collective of female photographers ranging from beginners to professionals who practice the gamut of straight modernist genres from the architectural detail through street photography to the portrait, the intimate close-up images steal the show. Among the sixteen artists—each contributing two images here—the strongest and most penetrating impression is Kambua Chema’s close-up color study of a Muslim woman’s lustrous eyes appearing through the slit in a deep black veil that covers the rest of the frame, which was in Kenya’s eastern coastal region. Look closely into those eyes and see reflected exquisitely the street scene to which the woman’s vision is directed. Chema has titled the image, ironically, “Windows to the Soul.” 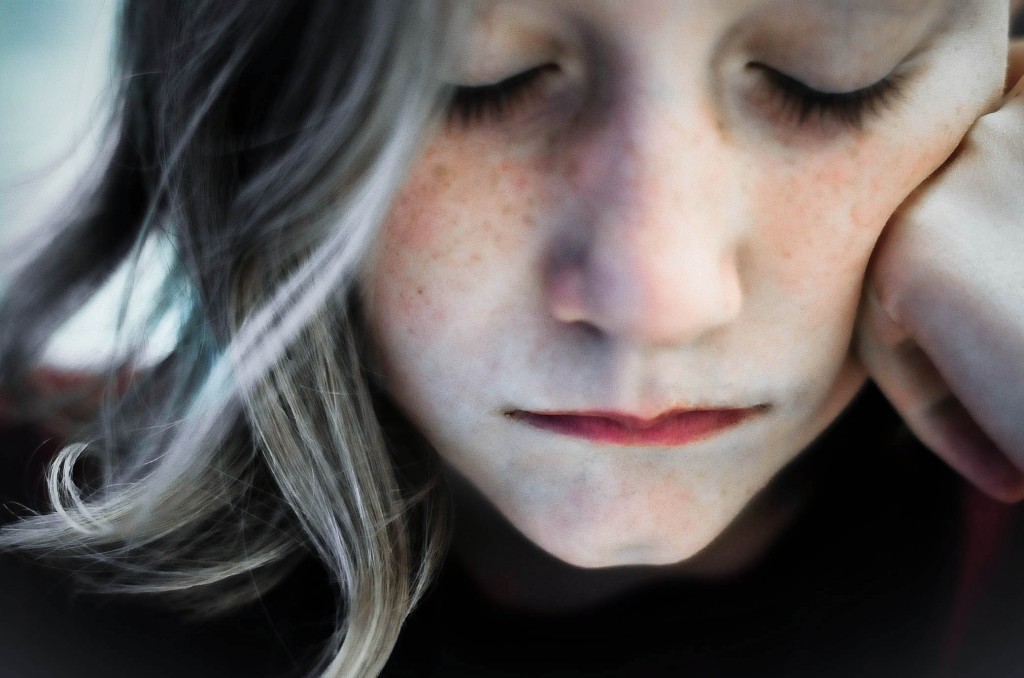 The same play is present in Elizabeth Porporato’s black-and-white study of a woman’s face taken from the side, shrouded in shadows with her cheek and neck sharply etched, her hair straggling over her ear. Almost an abstraction, the enigmatic image is countered by its title, “In a Woman’s Mind.” Equally paradoxical along the same line is Genevieve Lee’s color portrait of a young woman titled “My Beauty,” in which the subject’s face, taken straight on and too close for comfort, appears with eyes shut and lips pursed tight, seeming to bottle up irritation and displeasure. Each of those three images is powerful and sensitive apart from its title, which simply adds a sophisticated twist that provokes further reflection. A counterpoint to the serious play is Anne Evans’ color celebration of visual popular culture in “Cyclone,” which shows a bronzed miniature metal art-deco ornament on the rail of an old Colorado roller coaster depicting four people in one of the cars experiencing the ascent with vibrant pleasure. Here the play has an element of camp, which is subordinated to elegance. (Michael Weinstein)

Through September 5 at the Chicago Photography Center, 621 West Belmont.