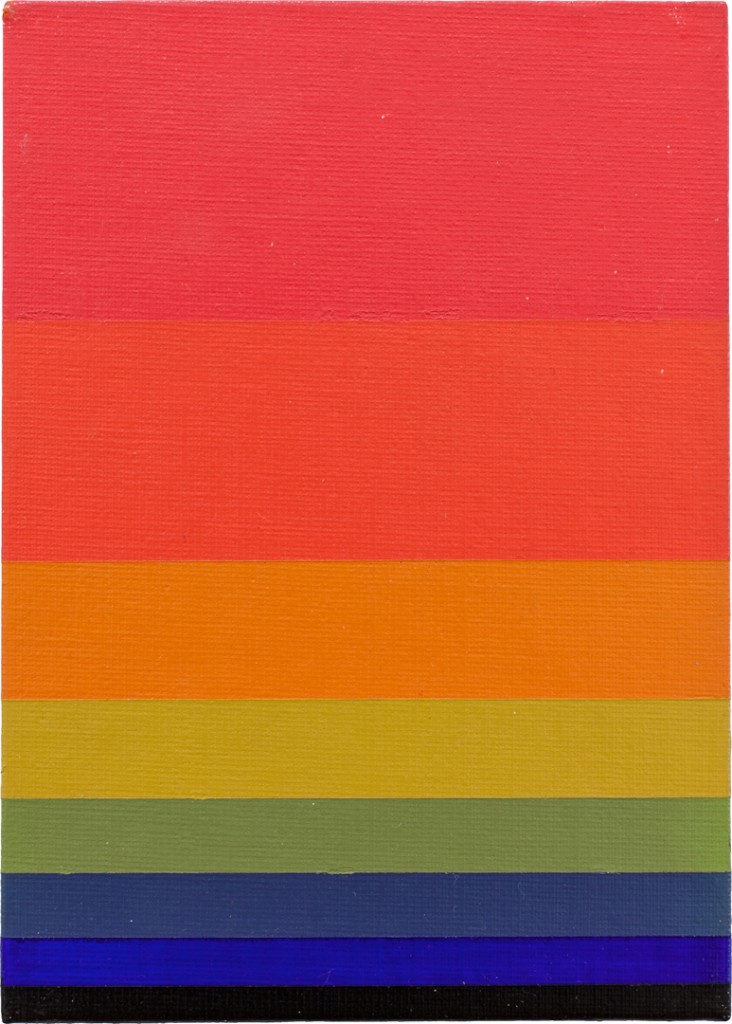 Why does the evocation of light from painting pervade the medium’s extensive history? It seems like a nonstarter to grind up and smear colored mud across a substrate in the attempt to produce luminosity. While peers in the loosely delineated movement of Light and Space in California from the 1960s onward abandoned painting in favor of more immaterial installation strategies, Norman Zammitt made a career of reasoned, deliberate canvases informed by floaty sensorial aspirations. His small paintings at Andrew Rafacz are rewarding to viewers precisely because of the tension between their physicality and the optical trickery that their composed horizontal bands of nuanced color excite in the eyes of viewers. 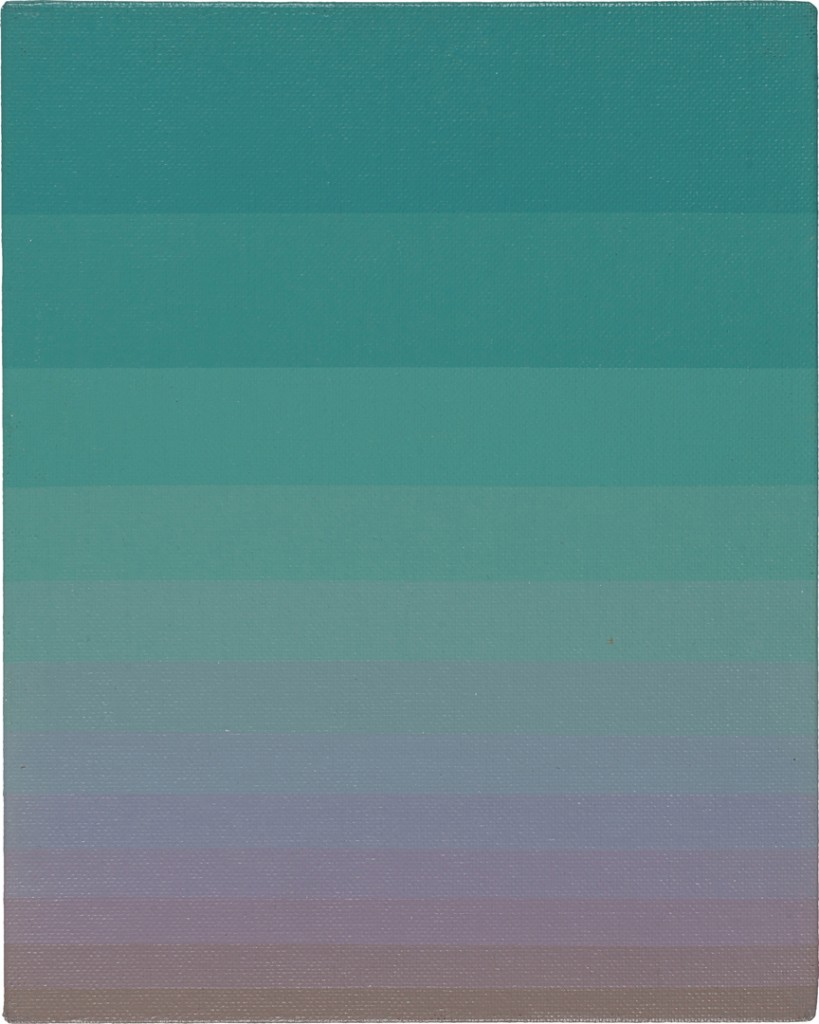 In half of the paintings on view, vibrant horizontal stripes flare up from blackish bands along the bottom of the canvas boards. The shift toward dense, absorbent darkness at their bases grounds and physicalizes these paintings, as in “Red to Green I,” 1975, a heated spectrum that doesn’t so much emit light as live to tell some theory about it. I prefer the candor of these perceptual conundrums: nowhere does Zammitt indulge in the smoke-and-mirrors theatricality of say James Turrell or Robert Irwin. Rather these are Albers-like postulations that not only conjure otherworldly perspectives but also render the means of manufacturing such illusions quite transparent. Just as many of the paintings don’t fade to black or white, but rather float as mists of muted shades. “Grnz. 1,” 1989, shows Zammitt’s hard-edged, calculating technique at its most ethereal, a delicate plume of modulated watery green and lavender.

More than just Light and Space, these paintings also converse with op art, finish fetish and particularly West Coast interior décor tastes of their era. To revisit them nowadays calls to mind color-mixing iPhone games like Blendoku and the ubiquitous appeal of ombré fades in fashion and decorating. If that seems like a particularly non-confrontational project both generated and revisited in times of turbulent social unrest wherein color and perception are loaded with assumptions, consider the potential impact and application of passively deconstructing the optics of a given situation. Zammitt’s canvases are gentle revelations into how easily the eyes and mind acquiesce to seductive distortions. (Matt Morris)