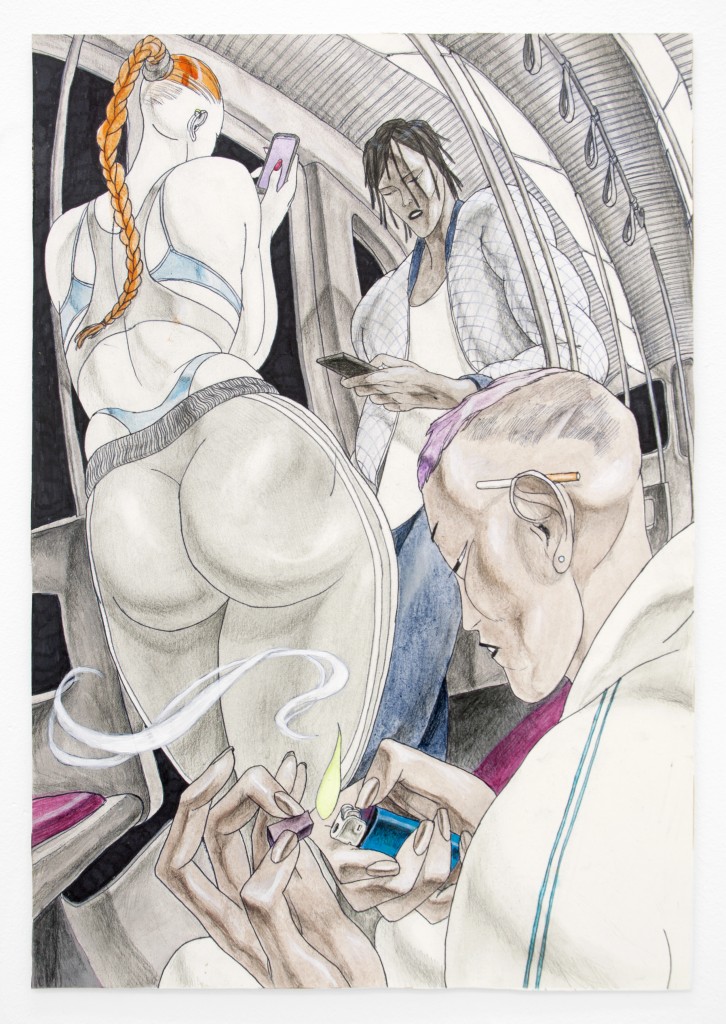 The works in David Rappeneau’s exhibition “$$$$$$$$$$$$$$$$$$$$$$$$$$$” depict apathetic millennials looking bored and despondent. His drowsy partiers appear to have everything they could desire in a series of twenty-first-century vignettes where passing whims are instantly gratified by drug-induced daydreams and glowing smart phones. On the surface, the action is simple: figures shown in various states of excess, their bodies rounded and stark. These are works that ponder the pleasure and escapism promised by leisure, a classed enterprise made exclusive through wealth and position.

The long geometrical angles and warped perspectives twist Rappeneau’s compositions to hallucinatory effect. Even a banal scene of three figures on a subway is drawn as a cartoonish exaggeration in which the train takes its passengers on a surreal trip. The interior of the train car bends and has a feel of motion while drugs are being cooked over a lighter’s flame in the foreground. 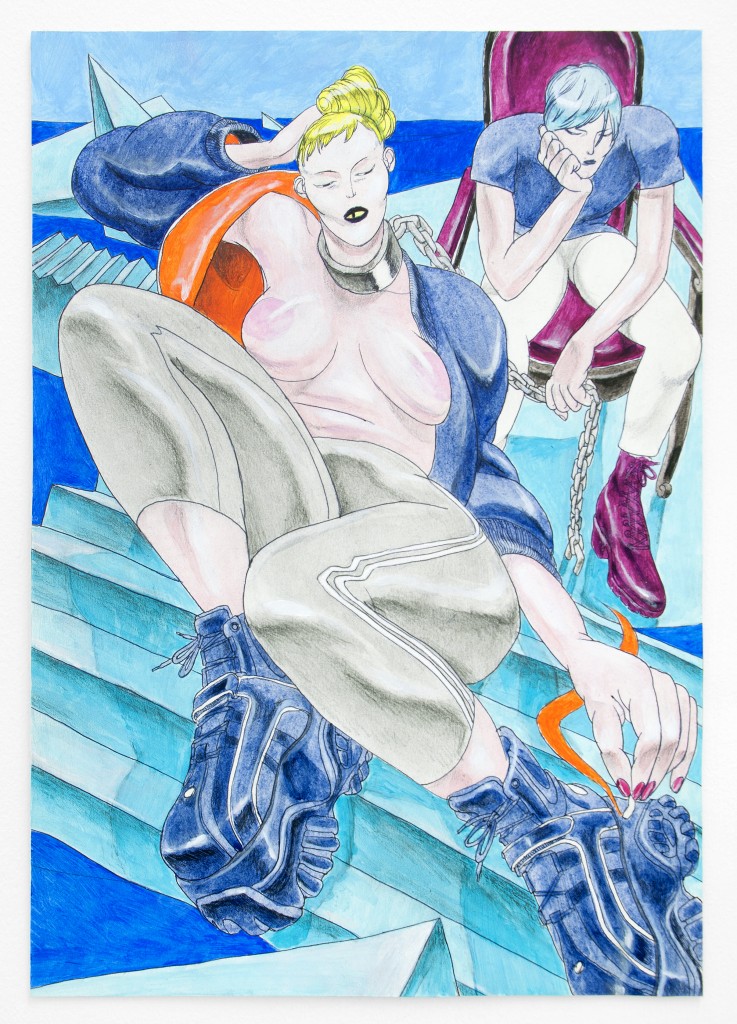 The dizzying movement and drug-addled content at play in this and the other illustrations did not entirely engage me, which might well be Rappeneau’s point: he narrates experiences of alienation—among the characters and for viewers as well. Sexuality is even distancing in one piece with a topless woman chained by the neck as a disinterested dom sits behind her. He holds her chain but hunches forward distractedly. More boredom and detachment is here in a barren, otherworldly landscape of twisting blue staircases and casual bondage play.

Apathy adds to the complexity in each work while the twenty-seven dollar signs that comprise the exhibition’s title builds a mood of endless excess. This world rendered in bright palettes where light seems to glint off everything shiny (including skin) is vacuous and sad; its airless atmosphere keeps its denizens—even those whose bodies graze against one another—separate. Unaware (or at least unconcerned) with one another, each character’s mindless hedonism seems to have toppled the most intense pursuits of pleasure into unpunctuated states of isolation. (Carrie McGath)