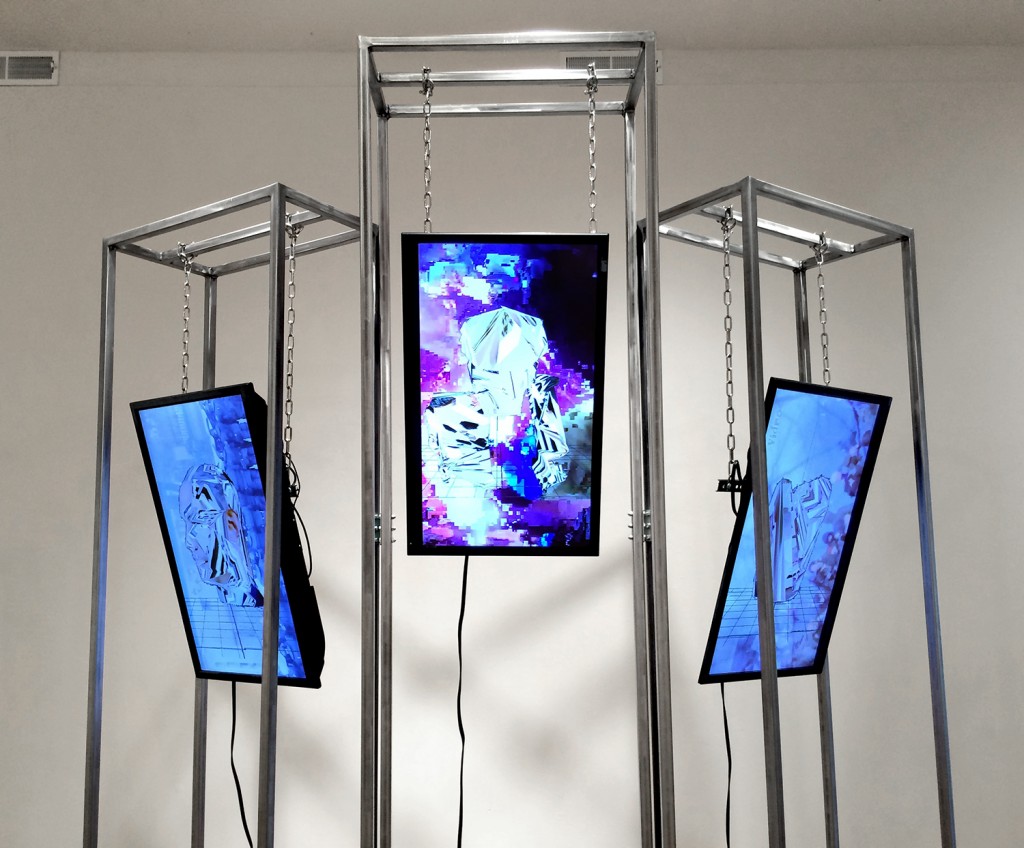 A booming drone engulfs you as you enter the Ukrainian Institute of Modern Art, a vicious vibrating to the chest and inner ear. This omnipresent noise is the first sensation in GlitChicago, an exhibition of Chicago glitch art—work surrounding the errors seen in digital systems—and showcases the work of twenty-two artists. Many of the works are interactive, expressing core tenants of Glitch Art, including “0P3NR3P0,” 2014, a project that allows anyone to submit their own Glitch work to the open-source database, put on by Nick Briz and Joseph YOlk Chiocchi. Jon Cates’ piece “?4\/\/?(?)H?!\/?,” 2014, displays a bricked sculpture holding a USB drive that contains a compressed archive of Glitch Art for free download—data in which Cates has collected and archived for the last fifteen years and contains more than 113.13 GBs. The data has never been shared publicly before this exhibition, and contains media such as photos, videos and emails, adding a further digital layer to the hyper-focused new media-centered exhibition. 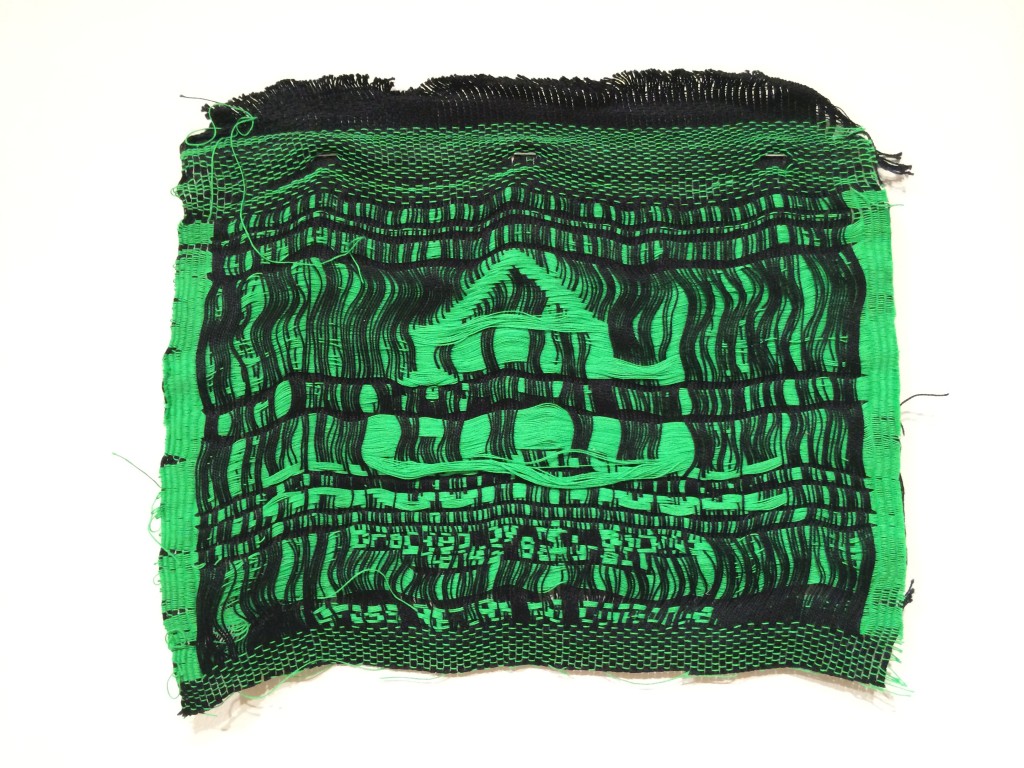 A range of technologies have been employed in the production and display of works such as Jon Satrom’s “Cracked I-pad,” 2014—an illuminated screen with distorted colors projecting out from the fault line of the screen’s error—and the jacquard weavings of screen captures by Melissa Barron, named “Untitled [screencaptures],” 2010. One’s ears and chest are held captive by James Connolly and Kyle Evans’ “Cracked Ray Tube,” 2014, a buzzing combination of vibratory images and sound projecting outward from computers, micro-controllers, monitors and speakers in the far left corner.

The bold screens of Alfredo Salazar-Caro’s “I Don’t Need Power at the Cost of Spilled Blood (Liberté, Égalité, Fraternité),” 2014, show instantly recognizable subjects within the foreground of each of the three flat-screen TVs, as the backgrounds of each attempts to distract from their floating faces. 3D portraits of Barack Obama, Vladimir Putin, Petro Poroshenko, Yulia Tymoshenko, and Viktor Yanukovych live on separate screens (the last three grouped on the central panel), each hung by thick chain from three towering steel structures. The portraits twirl and distort as they rotate like malformed holograms, their digital glitch serving as a jab to the broken systems inherent in the displayed subjects’ influence on the Ukrainian Revolution of 2014 and Crimean crisis.

GlitChicago offers a physical platform to new media works, serving as an excellent introduction to view work that is normally shared on digital platforms like 0P3NR3P0 and ?4\/\/?(?)H?!\/?.(Kate Sierzputowski)

Through September 28 at the Ukrainian Institute of Modern Art, 2320 West Chicago.