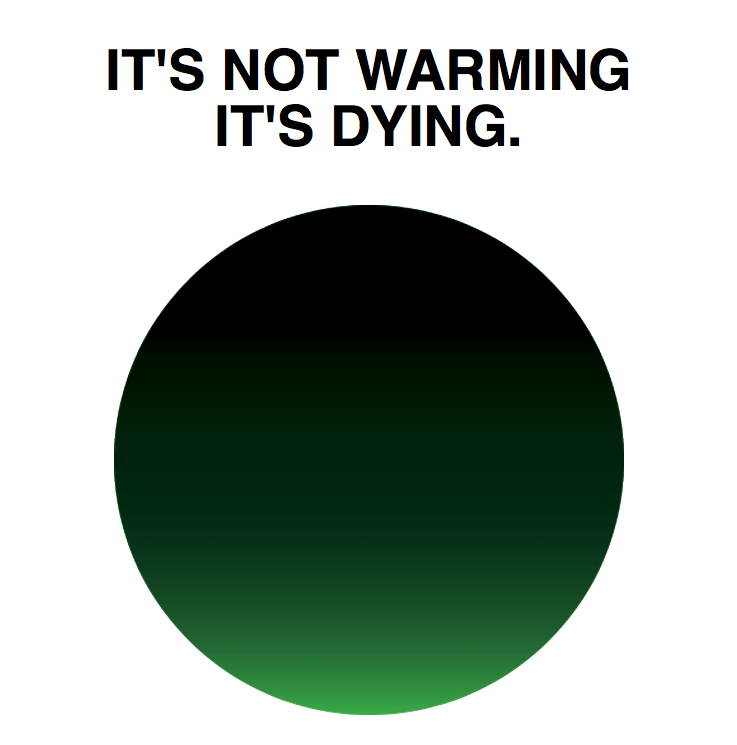 At the beginning of August, a striking new environmentalist campaign was launched by Milton Glaser, the indelible graphic designer responsible for such iconic works as the I heart NY logo. The stark new design of a black circle shaded a dimming green across its bottom edge connotes the earth’s present environmental changes and is accompanied by the tagline: “IT’S NOT WARMING, IT’S DYING.” Now the Chicago based Busy Beaver Button Co. has partnered with Glaser to create and widely distribute one-inch buttons of the logo through the website itsnotwarming.com. 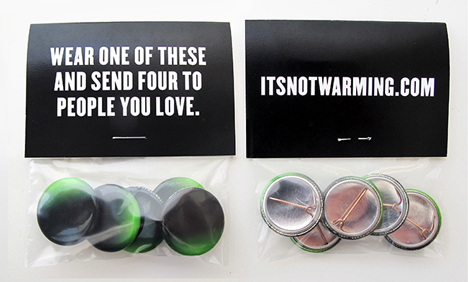 Sold in packets of five buttons for five dollars, all proceeds go directly into the production and dissemination of more buttons and their accompanying message. The wearable designs are packaged with the instructions, “Wear one of these and send four to people you love.” In the button version of Glaser’s dying planet logo, the tinged green across the edge of the disc glows in the dark “offering a ghostly image of a dying Earth, even at night,” as the organization’s press release describes. Based in Logan Square, Busy Beaver has worked with many art and design clients previously, including the Art Institute of Chicago and New York’s Metropolitan Museum of Art.

In an interview with the design and architecture magazine Dezeen at the time of his campaign’s launch, Glaser explained, “There is no more significant issue on earth than its survival. The questions is, ‘how can anyone not be involved?’ Those of us responsible for communicating ideas to others must bear the burden of the consequences of such communication. If one is looking for a purpose and theme to their life, avoiding the worst event in human history is a good place to begin.”

Glaser’s campaign has already received controversial responses, with proponents of major changes in our dealings with the planet expressing concern that the seeming simplicity of the statement could be misconstrued and utilized by factions in denial of climate change, such as the circulating hashtag #itsnotwarming. (Matt Morris)