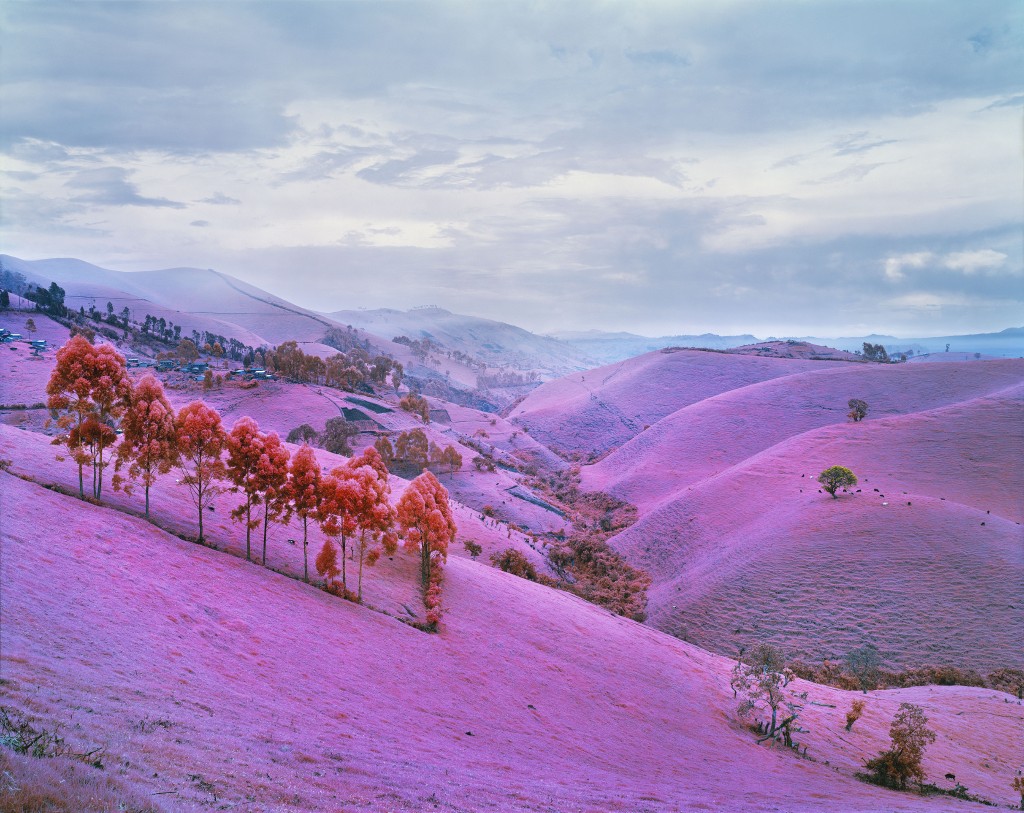 “Phantoms in the Dirt” at The Museum of Contemporary Photography, guest curated by the MCA’s Karsten Lund, takes a literal approach to the photographic treatment of detritus, while showcasing a number of works with more subtle allusions to dirt, dust, baseness and the essential materiality of the photographic process.

The exhibition is introduced by a number of richly material works. Harold Mendez’s installation “Let the shadows in to play their part” plasters the back wall of the museum’s first floor in eucalyptus bark, fleck’s of black silicone carbide and other pigments. Richard Mosse’s palpable photographs of a surreal cotton-candy landscape are in fact images of the Congolese countryside shot on Kodak Aerochrome, a defunct infrared film which renders vegetation in brilliant pinks and reds. 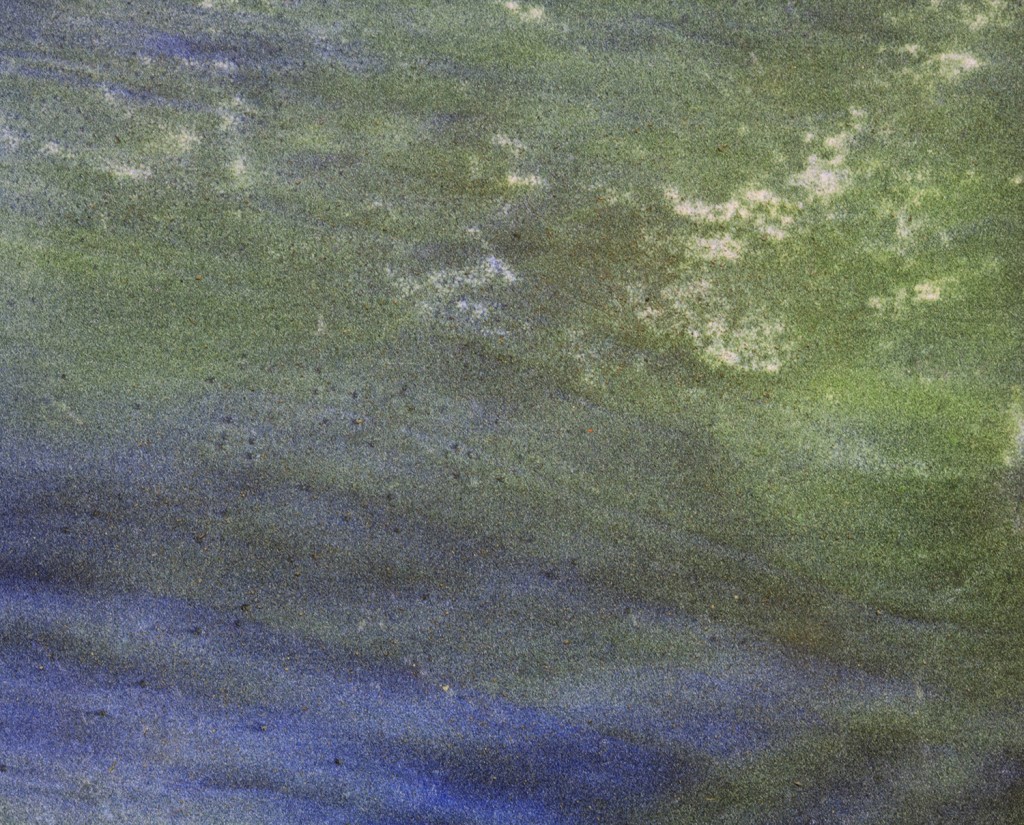 In Jeremy Bolen’s haunting exposures, the ambient radiation from Chicago’s Site-A (the final resting place of the world’s first nuclear reactors) fogs and disorders the picture while leaving another sort of indicative impression: the titular “phantom in the dirt.” The photograph is considered primarily as a substrate for material interactions and secondarily as a picture. This places special attention on objects that operate as records of their own material instability—Shane Ward’s rusted sculptural curios and Matthew Brandt’s aggressive bleach alterations, for example.

The frame of the exhibition poses two conflicting takes on photographic materiality. The first evokes the gritty base-materialism of Georges Bataille, underscored by Lund’s repeated references to Rosalind Krauss and Yves-Alain Bois’ 1996 explication on the French thinker’s perverse, anti-transcendent philosophy. The second focuses on photography’s mutability as a stand in for the inexplicable dynamism of the material world—an almost spiritualistic elevation of material, of the dirt beneath our feet. (Collin Pressler)

Through October 5 at the Museum of Contemporary Photography, 600 South Michigan.