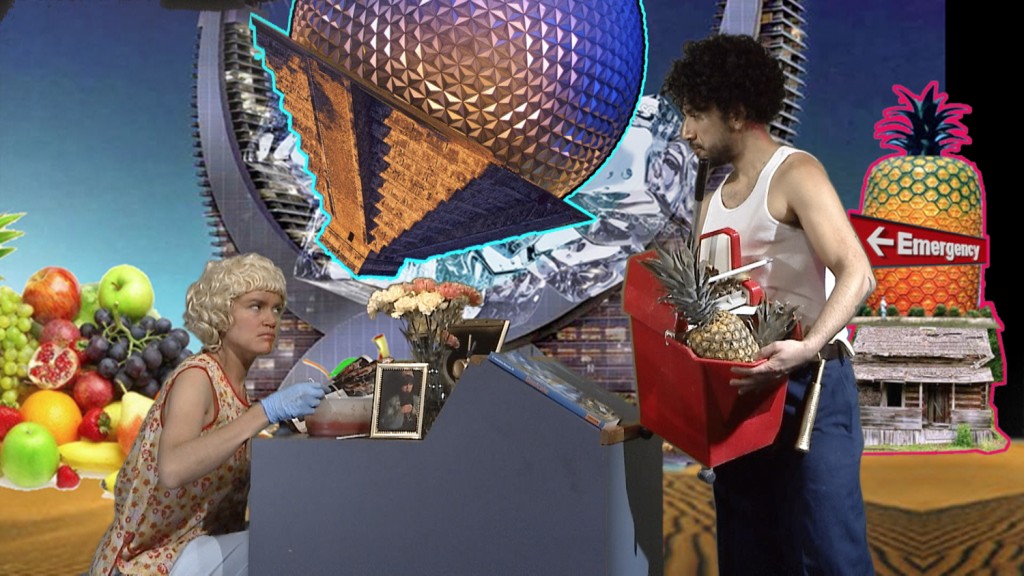 “If television delivers the people, ACRE TV delivers the Soylent Green, thinly sliced and mostly eyes and ears and brains. I stream, you stream, we all stream for mustard paintings and ketchup pairings. I’ve never seen the Food Network, but I assume it’s like this.” So goes ACRE TV’s description of “Psychedelicatessen,” their block of programming that premieres today, Monday, September 1 and runs through the end of October. Featuring thirty-plus artists and collaborative projects, programs are lined up from 8am through till midnight each day. These projects center around unexpected intersection points between psychedelia and a connoisseurship of food-related artworks.

Two of ACRE-TV’s directors, Kera MacKenzie and Andrew Mausert-Mooney, explain their upcoming programming by email: “We’ve oriented the program around meal times (a concept developed by Elsewhere for their “Alive in the Kitchen” series that they were gracious enough to let us riff on) and are excited about the synchronicity between the themes of the programs (lunch, snack time, cocktail hour, etc.) and the times they are available to viewers. Each segment of our program becomes a video-meal. Of course, since ACRE TV can be seen around the world it ends up privileging our GMT-5 viewers, a parameter we’ll surely exploit in the future. Maybe because so many people have their own intimate relationship with TV, food and psychedelia, we’ve gotten to program some really diverse work. Viewers will be seeing hypnotic Jello molds, diaristic unravellings of food obsessions, mouth theater, a karaoke treatise on Vienesse Actionist Otto Muehl, people becoming food, food becoming people, and many other intersections of edibles and psyches.” 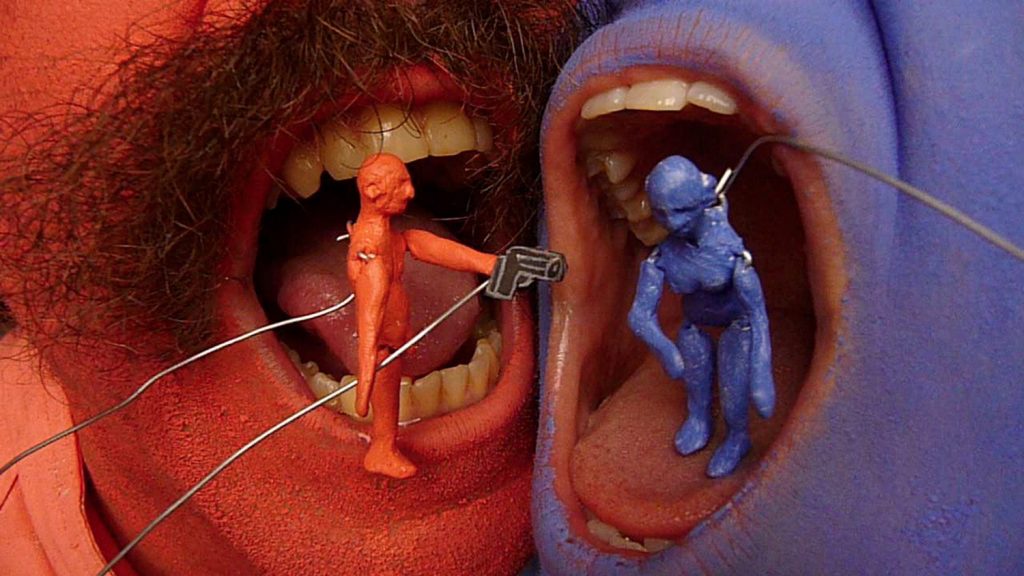 Still from Leslie Rogers’ “The Meeting”

ACRE TV launched in February of this year as an outgrowth from the popular Chicago-based nonprofit and residency in Steuben, Wisconsin. The artist-made live-stream television network is broadcast from the project’s website, acretv.org. Jesse Malmed, the artist and collaborator who originated the concept for this block of programming describes his inspiration by email, “’Psychedelicatessen’ is both a nonsense portmanteau that I’ve been kicking around for a few years and a potentially very vital space for encountering a hyper-individuated cornucopia of transcendent and psychotropic time-based works.” The programming for September and October was organized by MacKenzie, Mausert-Mooney and Malmed, along with Kate Bowen and Elsewhere—a sister residency, self-described “living museum” and arts collaborative based in Greensboro, North Carolina. Elsewhere released a trailer for their “Alive in the Kitchen” show that will be featured in the lineup that can be seen here. For a full schedule of the upcoming programming, visit ACRE-TV’s website. (Matt Morris)