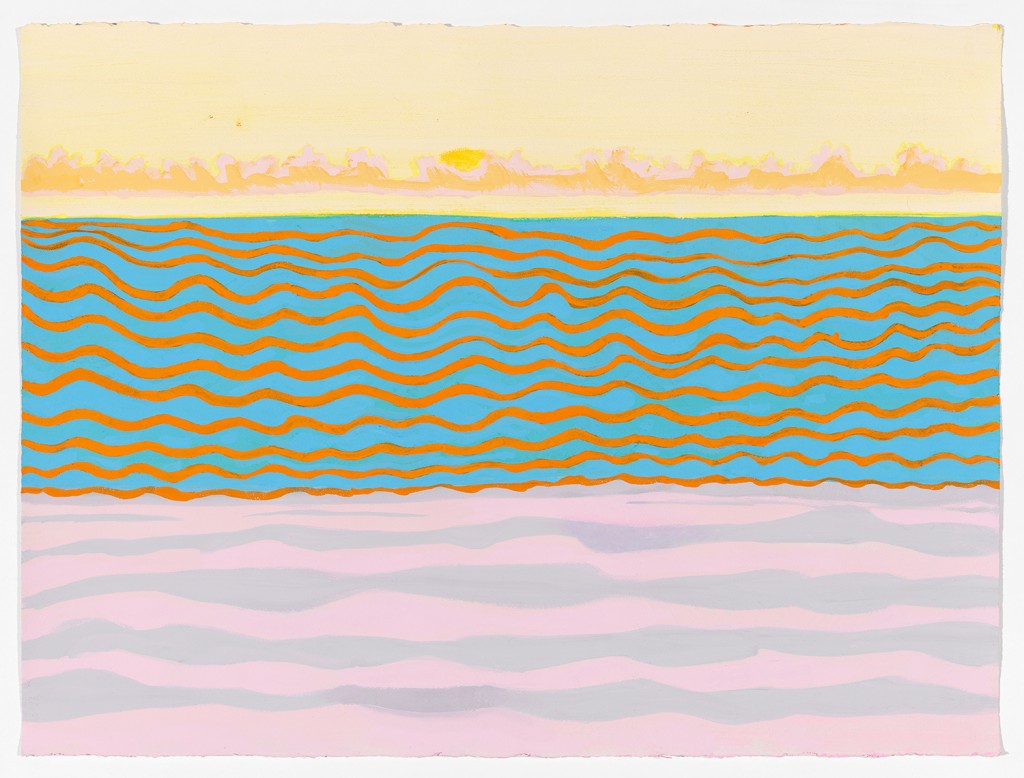 In conjunction with Expo Chicago, the Beaches of Fort Myers and Sanibel, a southwest Florida destination, has worked with Chicago-based painter Judy Ledgerwood to create a monumental set of public artworks that will appear on billboards in downtown Chicago, River North, Gold Coast and along major expressways. These works will debut on September 13, and will remain on view around town for four weeks. In addition, components of this project will be featured on the official Expo Chicago shuttles that will transport visitors along routes from Navy Pier to other cultural and shopping destinations around the city. 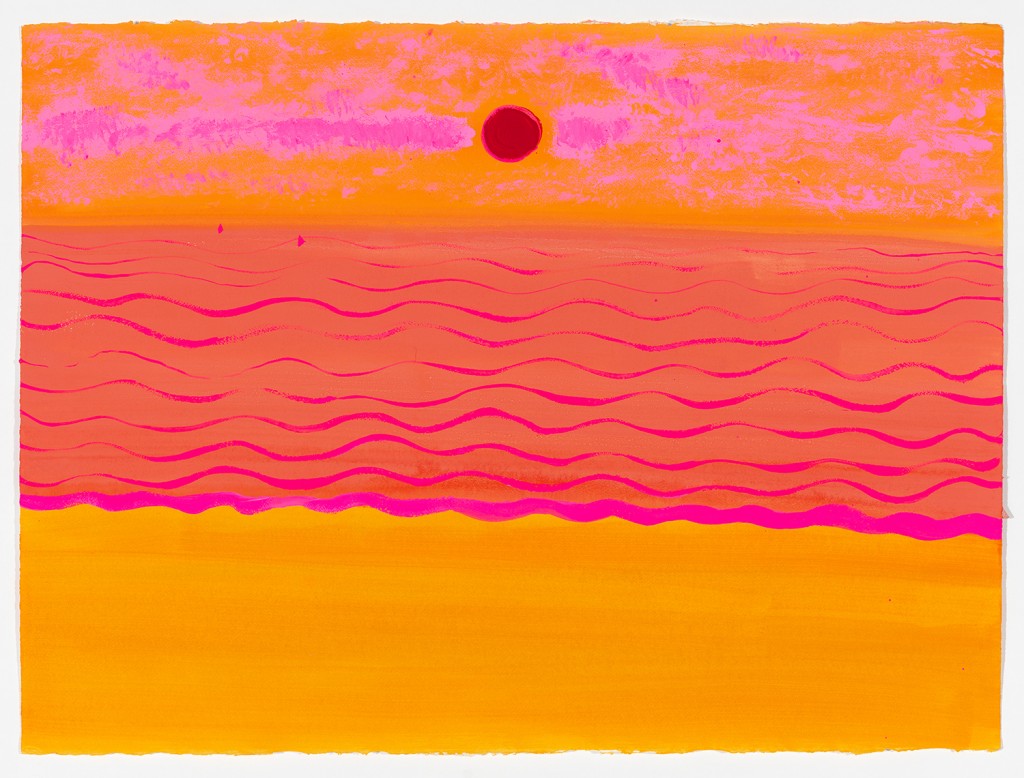 Traveling, tourism and destination spots aren’t arbitrary sites for these works: Ledgerwood’s “Postcards from Captiva” came about as the result of an invitation to spend time in Robert Rauschenberg’s home of thirty years on Captiva Island, one of several islands and beaches that comprise the Beaches of Fort Myers and Sanibel. She spent six days in the home and surrounding area where Rauschenberg had lived. Ledgerwood is quoted in the press release for the project, “I wanted to create an experience of what I had on Captiva but bring it back to Chicago. It’s like making an enormous postcard.” Some of the project’s appeal comes from how blatantly the artist and partner organization frame these public works as advertising for tourism. Says Tamara Pigott, executive director of Lee County Visitor & Convention Bureau, “We understand this is a bold promotion but we wanted to bring a piece of Captiva to Chicago. We have the most visitors from Chicago. With more than seventy percent repeat visitation, we’re reminding them it’s time to come back.” 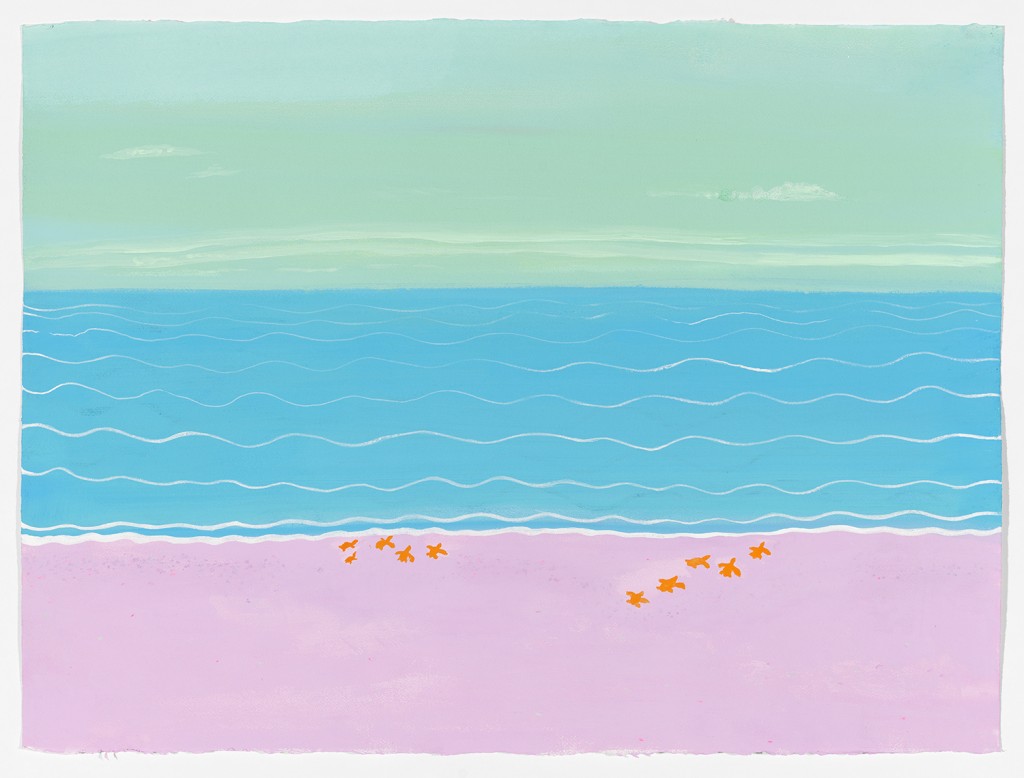 Ledgerwood made six paintings that will be translated into these eight large-scale presentations within the city, along with fifty-six other billboards along interstates. In the works, the painter’s vocabulary of abstract shapes and penchant for gorgeously heated color palettes snap into clean representations of beaches with broad horizontal stripes connoting sand, water and sky. The artist says that during her stay, she was affected by the ways that time slows down there and by the bleached out light of the beaches. Her trip coincided with the hatching times for turtles on the beaches, and several of the paintings she produced feature suggestively turtle-shaped marks. (Matt Morris)