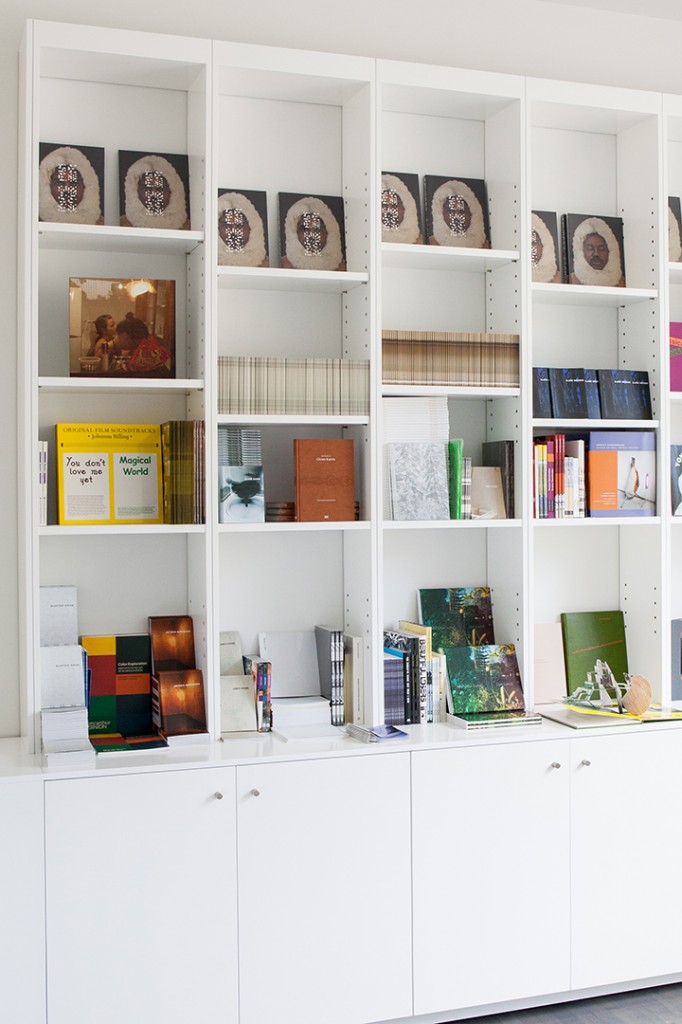 Kavi Gupta Gallery (KGG) has announced that it will open Editions (not to be confused with Edition, the satellite art fair held in the West Loop during Expo Chicago), a curated art bookstore, next Friday, September 19 with a book launch for “Seen/Unseen” a new artist book project by Tavares Strachan. Editions will feature monographs, zines, theory and criticism, as well as rare artist editions and out-of-print art books by major contemporary artists. The store will carry books that KGG has played some part in producing, as well as work by artists on their roster including blanket, tote bag and plate editions by Mickalene Thomas; a 3D-printed rock produced by Glenn Kaino for the occasion of his exhibition at the gallery’s 219 North Elizabeth Street location; placemats designed by Jessica Stockholder; and artist books by Scott Treleaven. Along with art-theory powerhouses like semiotext(e), Editions will stock books from local publishers including Green Lantern Press, Poor Farm Press and Sara Ranchouse. The store is located in the same building as Kavi Gupta’s space at 835 West Washington, just down the hall from their exhibition space.

Strachan’s “Seen/Unseen” book documents his work with closed exhibitions and projects that aren’t immediately or easily accessible to viewing audiences. KGG will be exhibiting a large-scale collage work by Strachan in their booth at Expo concurrent with Editions’ opening, and will feature a neon work by the artist in their space on Washington Boulevard.

Artist and illustrator Jessica Campbell has been appointed to the role of publications manager. No stranger to the ways art and books commingle, the recent SAIC MFA grad’s own practice straddles gallery exhibitions (including work currently on view in Woman Made Gallery’s exhibition “Thesis”) and adventuresome work with comics including collaborations with the Trubble Club comic collective and performances in the recently defunct Brain Frame performative comic events. In her role at Editions, Campbell will be curating the bookstore’s stock and designing the gallery’s publications and other print materials. (Matt Morris)