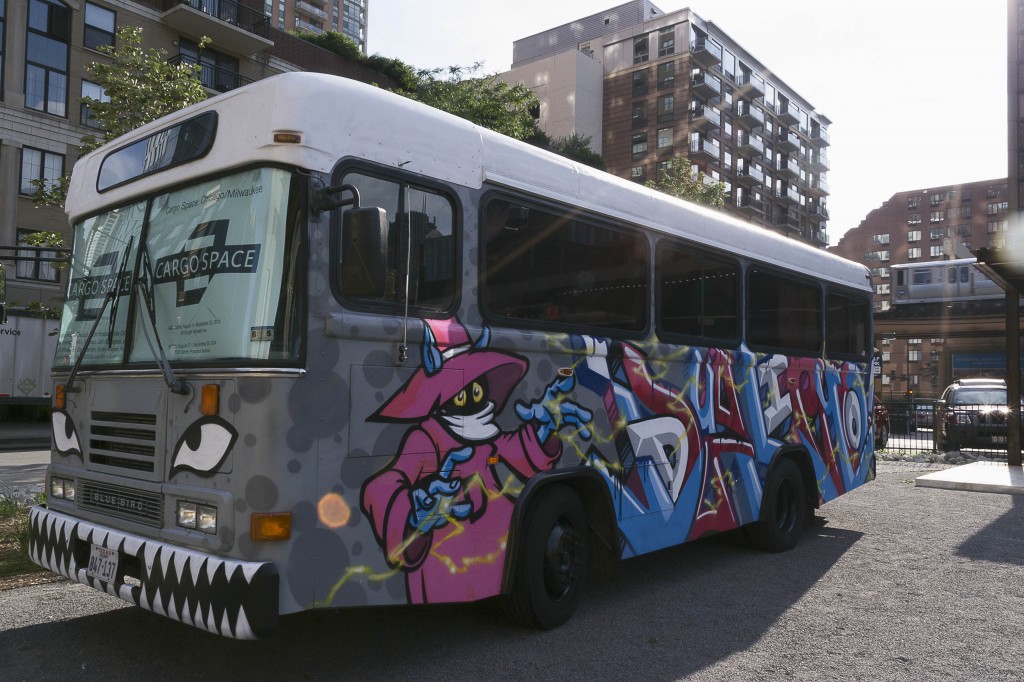 “Cargo Space: Chicago/Milwaukee,” an exhibition running simultaneously at A + D Gallery in Chicago and INOVA in Milwaukee, is built around a mobile residency housed on a twenty-seven-foot diesel bus, a conceptual project formed by collaborators Christopher Sperandio and Simon Grennan, sponsored by Rice University in Houston, and propelled by a desire to physically connect artists and audiences that are geographically distant through a mobile platform. Among the included artists (a sprawling group of Chicago and Milwaukee based makers) is Erik L. Peterson who has staged the work “Stretch Limo (94),” 2014, a site-specific installation at INOVA, a building that originally housed an automobile factory. 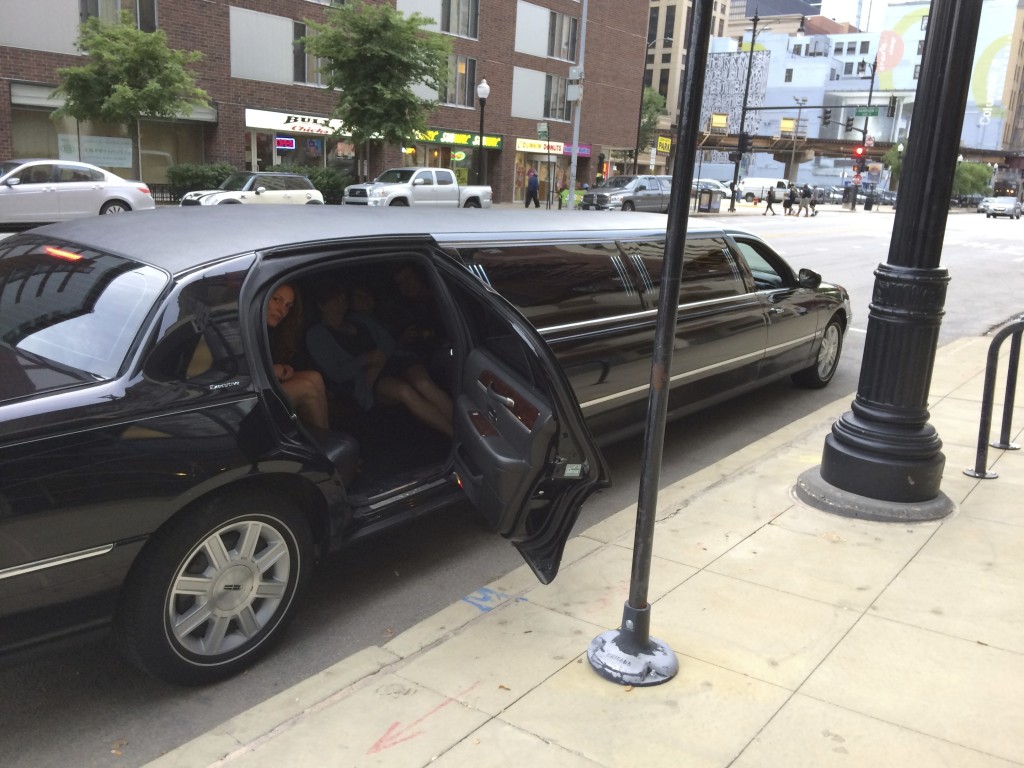 During the course of this multi-city exhibition, Peterson organized a pair of limousine rides that traveled through the two cities for one hour on the evening of Wednesday, August 27. The rides were synched so that the Milwaukee car returned to INOVA at 7pm, precisely as its counterpart departed from A+D Gallery in downtown Chicago. Peterson’s play between the two vehicles aimed to suggest a single limo stretching between the two locations. “I love that stretch limos are this utterly absurd object,” said Peterson, “like a car made out of taffy.”  The idea of elongating the stretch vehicle is exaggerated for the film portion of the piece, a one-second looping video which attempts to meld Milwaukee and Chicago—cities separated by a ninety-four-mile stretch of Interstate 94.

Peterson’s audiences in each limo were a mix of Cargo Space artists and various spectators who served as the interior complement to the limos’ exterior image, revelers participating in an undefined celebration. Although there was the possibility for discomfort amongst the pieced-together participants, champagne squelched nerves, and a snug seating arrangement promoted dialogue—the aim of the somewhat bizarre performance. A reflection of the residency bus, the limo acted as another mobile conversation touchstone, with the discussions that played out aboard the cars the intended ends unto itself, rather than the means to some grander conceptual conceit.

Other Chicago artists participating in Cargo Space are Judith Brotman, Alex Chitty, Heather Mekkelson, John Sparagana and the art web channel Wacom TX. Milwaukee artists include Sara Daleiden, Ashley Morgan, Paul Druecke and artist duo Shana McCaw and Brent Budsberg, most of whom have work displayed in both spaces. Throughout the exhibition the residency bus travels between both locations, with its final parking space landing at Columbia College’s Papermaker’s Garden until September 21. (Kate Sierzputowski)

“Cargo Space: Chicago/Milwaukee” will run through September 20 at A + D Gallery, 619 South Wabash. There will be a reception September 19, 4pm-9pm.