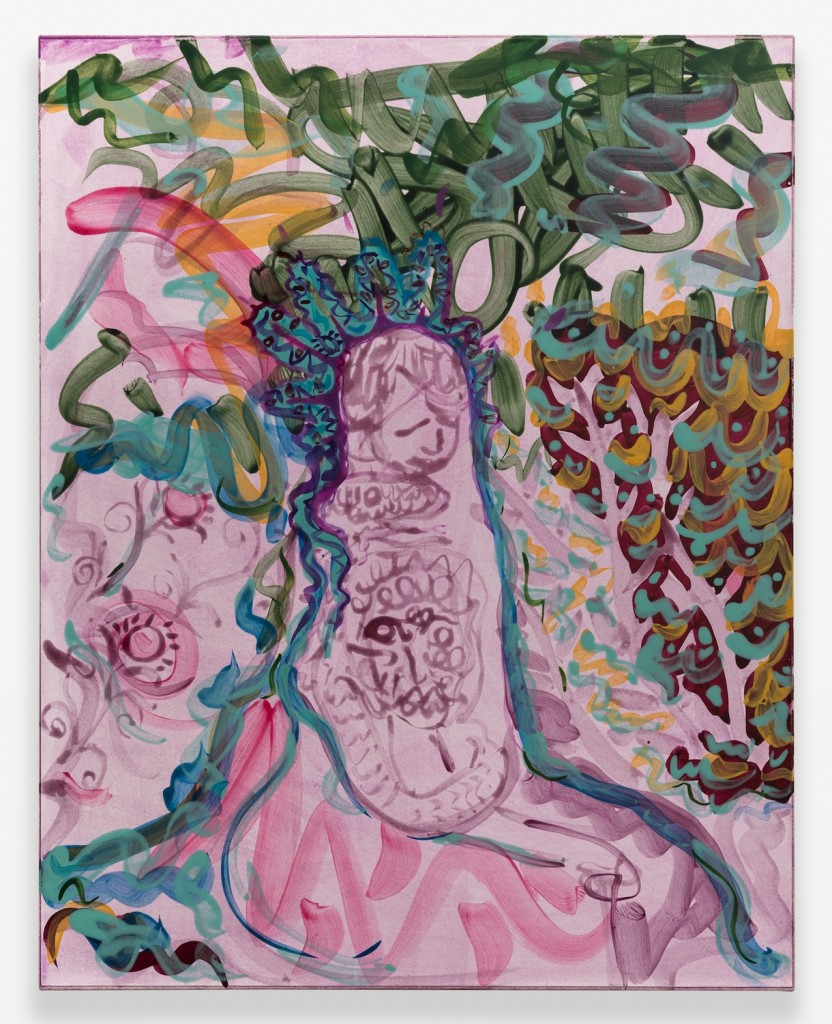 Featuring fifteen artists and an incendiary press release that decries what it sees as the preeminence of “soulless” and “anemic” abstraction, “New Image Painting” at Shane Campbell Gallery is a stinging riposte to the kind of contemporary abstract painting that merely serves as “a placeholder for value” and “needs to get out of the way.” In its place, the show presents an alternative vision of art’s recent past that locates figuration and personal narrative front and center.

Many of the thirty paintings on display are self-consciously “bad” in the sense that multiple artists’ seek spatial and proportional “incorrectness” as a means of arriving at visual authenticity. Henry Taylor’s “Where are my brothers keepers” and Torey Thornton’s “Barged Gator” are ham-fisted in their depiction of figures, boats and busses. But their superficial clumsiness, which can be traced back to Matisse via Guston, belies a compositional sophistication that is studied and—paradoxically—abstract. Similarly, William J. O’Brien’s playful works on paper trade in the kind of frenzied “my kid could do that” aesthetic that baffles casual viewers, but delights connoisseurs of gestural abstraction. 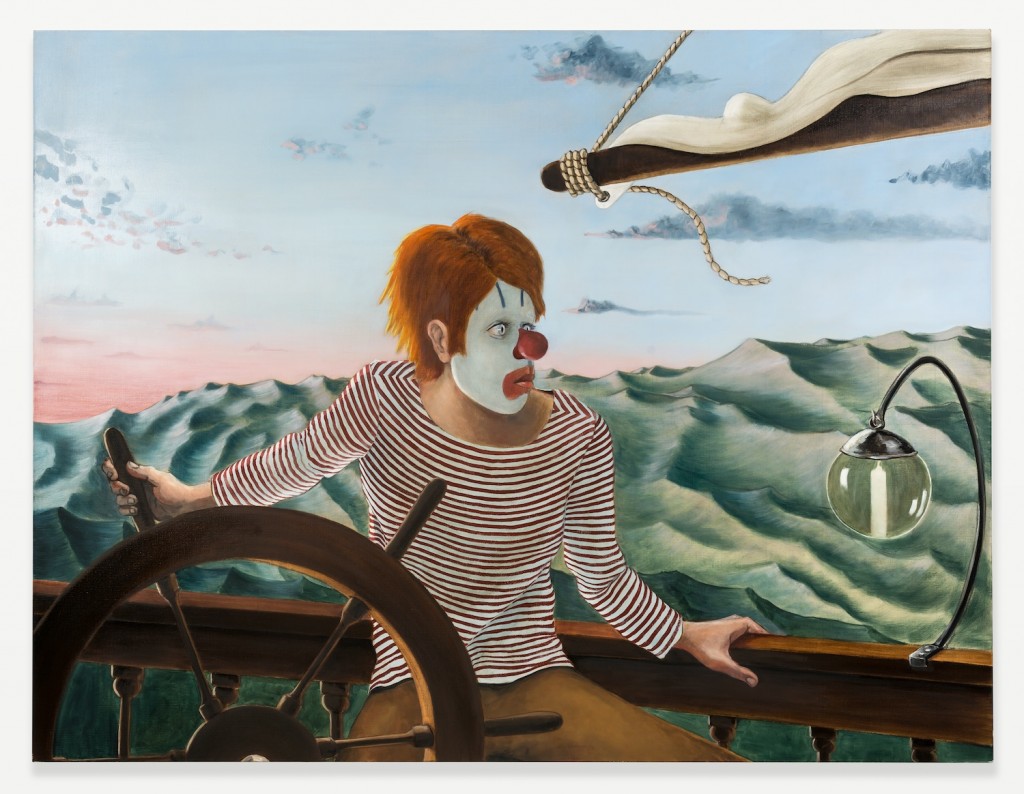 In other works, the apparent lack of skill is redeemed by a knowing irony, though often just barely. Mark Grotjahn’s childlike “Untitled (TBC Flower Face 435)” which features a face with a soiled sock nose is especially taxing, while the clown captain in Sean Landers’ “Around the World Alone (Boy Skipper – Dawn)” is in danger of being swallowed up by its own earnestness. At some point, humor gives way to vapidity and only the cloying formal aspects of these works remain. 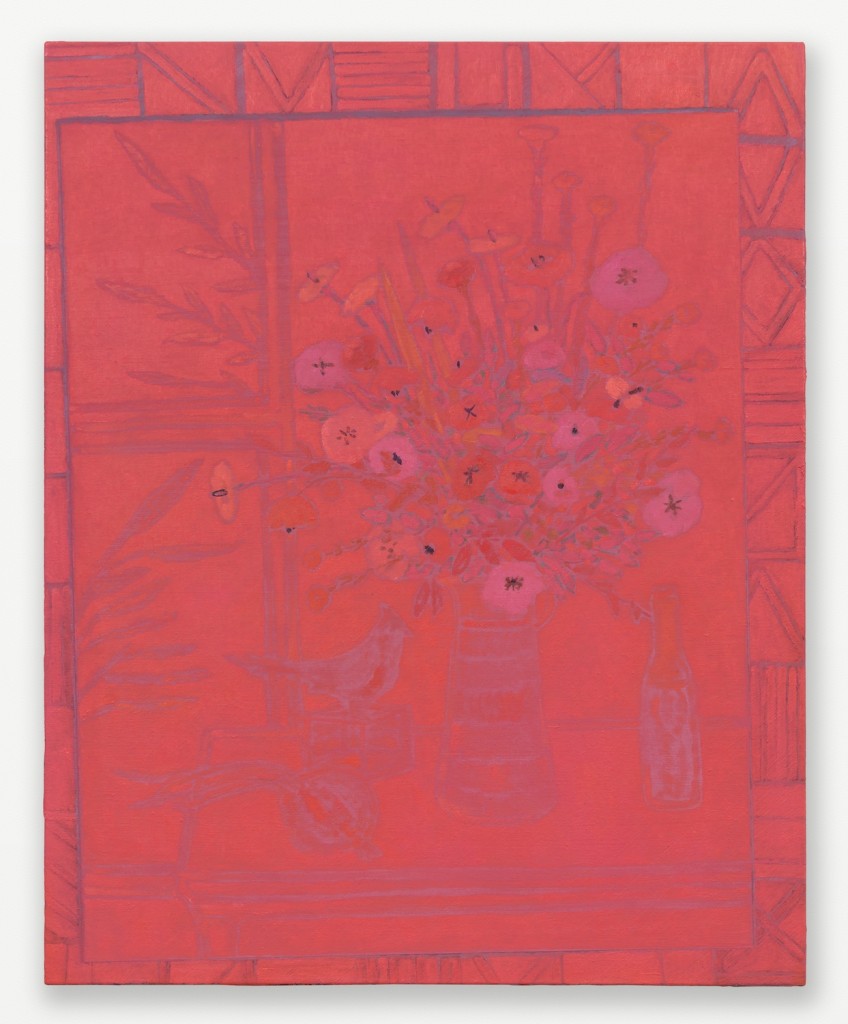 Accusing contemporary abstraction of offering “a site for infinitely shallow projection on the part of the viewer” is a serious, and—in my opinion—pertinent charge given the critical attention heaped upon it over the past few years. But it’s playing with fire: anemic art is anemic art whether it’s “representational” or “abstract.” Fortunately, “New Image Painting” largely succeeds by its smart hanging and diverse selection of artists. The pairing of a spirited work by recent SAIC grad Nick Schutzenhofer with the more established, Matisse-riffing, John McAllister is alone worth the trip. (Alan Pocaro)