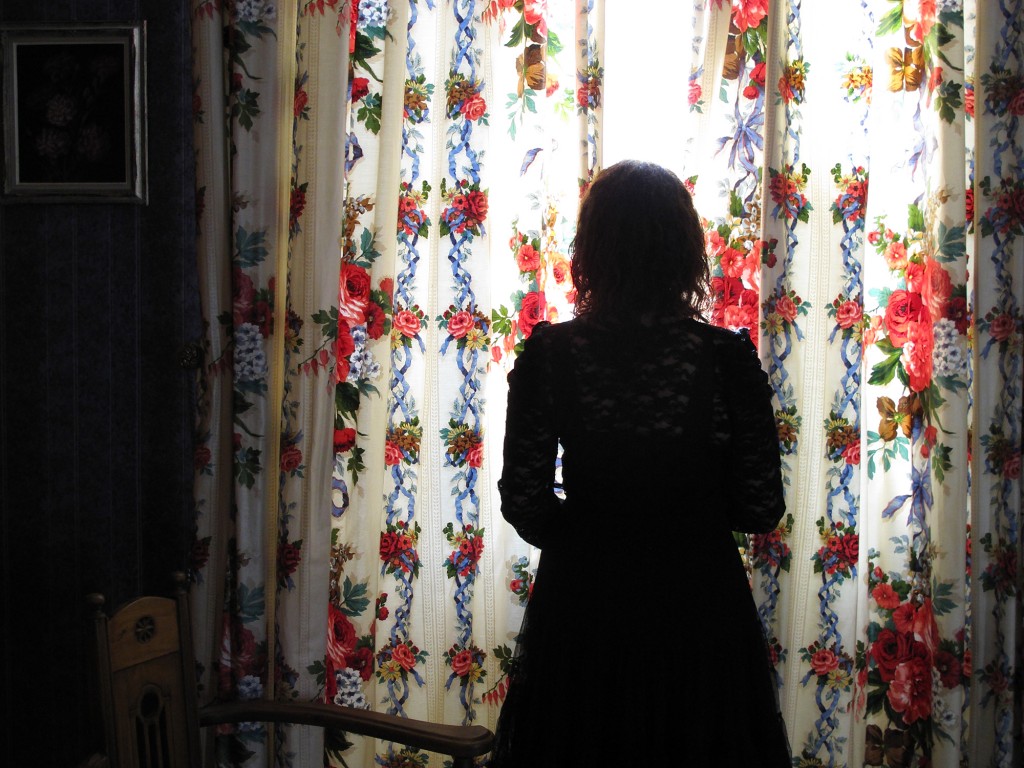 In sixteen muted color photographic studies taken in the French provinces, Sandra Binion’s “Distillé” seeks to evoke the world in which nineteenth-century novelist Gustave Flaubert placed his famous anti-heroine, Madame Bovary. Bathed in fog or shrouded in shadows, indistinct, often distressed, and sometimes illegible, Binion’s images are directed to engendering a mood that might best be characterized as somber. In the most telling piece in the show, in which Binion comes the closest to making a direct connection to Emma Bovary, whose loneliness and consequent delusions fostered by romantic literature led her to a disastrous dalliance, we see, from behind, a silhouetted woman in a darkened room standing before the sliver of a window, the rest of which is obscured by floral-patterned drapes, revealing an unremitting, almost glaring light-gray sky. 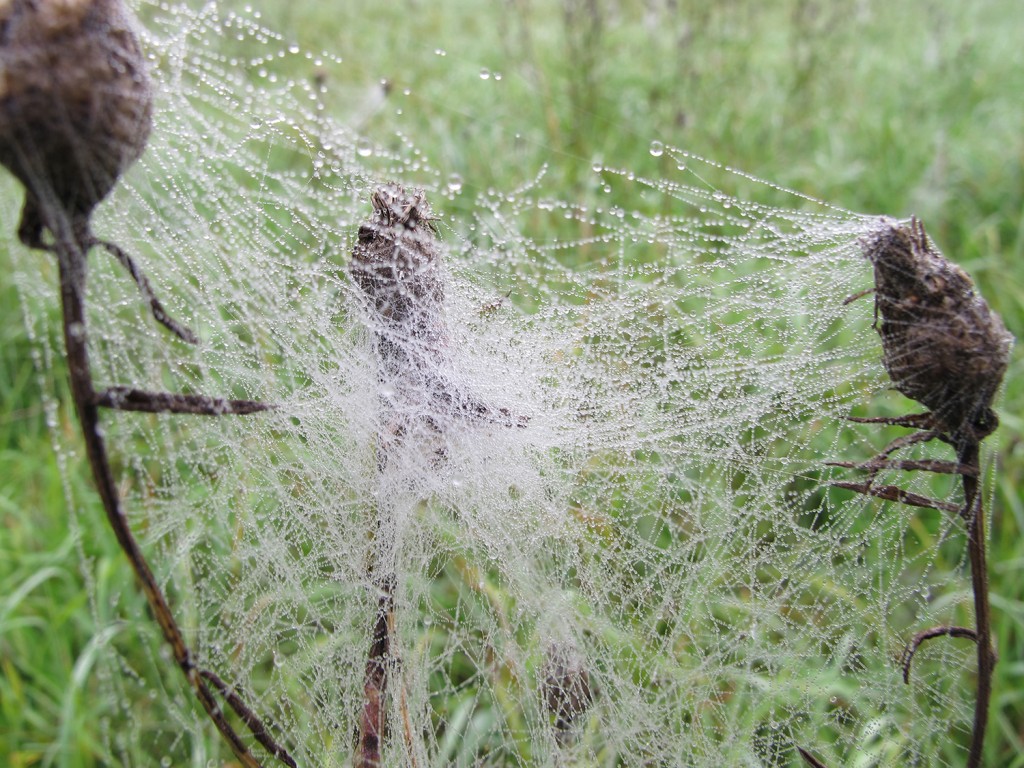 Binion is clear that her images are not meant to illustrate Flaubert’s novel or to recreate its narrative visually, but to embody its sense of emotional conflict. She first read “Madame Bovary” when she was thirteen; the book represented for her “a warning regarding the consequences of leading a singular sensual life, but also functioned as a call to adventure.” Now Binion has returned to that still unresolved tension, which she has accepted as definitive of herself. The most beautiful photograph in the exhibit, “Entangled,” shows us a patch of light-green vegetation enveloped by web-like skeins of water droplets defying any geometrical form; there is every reason to embrace the vagaries of the human condition when they can be so delightfully rendered. Binion’s is the second major photography show this summer in which a mature and masterful female artist has recurred to the literature that informed her youth in order to make a visual-philosophical statement of her identity. Susan Aurinko did it with the story of Joan of Arc, whose heroism inspired her; Binion’s identification with Emma Bovary has led to the transfiguration of failure. (Michael Weinstein)

Through September 25 at University Club of Chicago, 76 East Monroe.