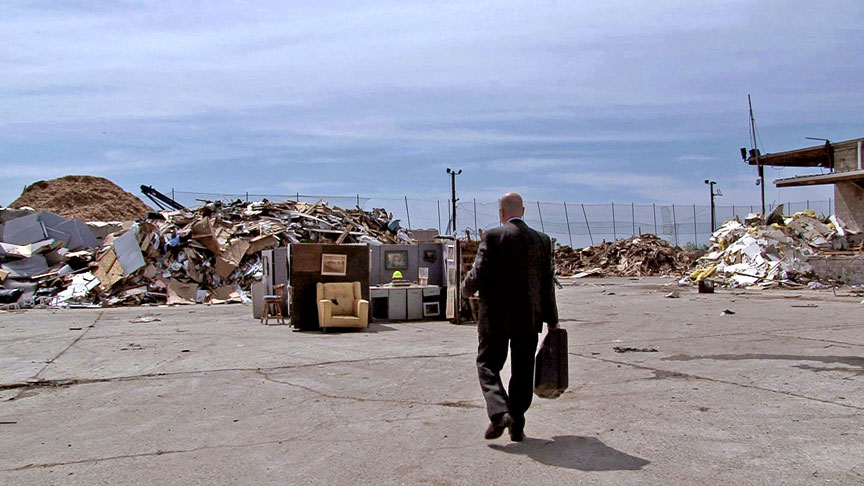 Newly opened at Aspect/Ratio, an exhibition by New York artist Bryan Zanisnik considers the relatively compact space of its gallery as it presents viewers with scaled-down versions of the artist’s practice. Zanisnik, known for his large-scale installations of discarded paraphernalia that strongly reference suburban kitsch and are arranged to create chaotic yet aesthetically pleasing sculptures, gives us a taste of his interests in this show—absurdity, humor and family, infused with a nostalgia for the past. 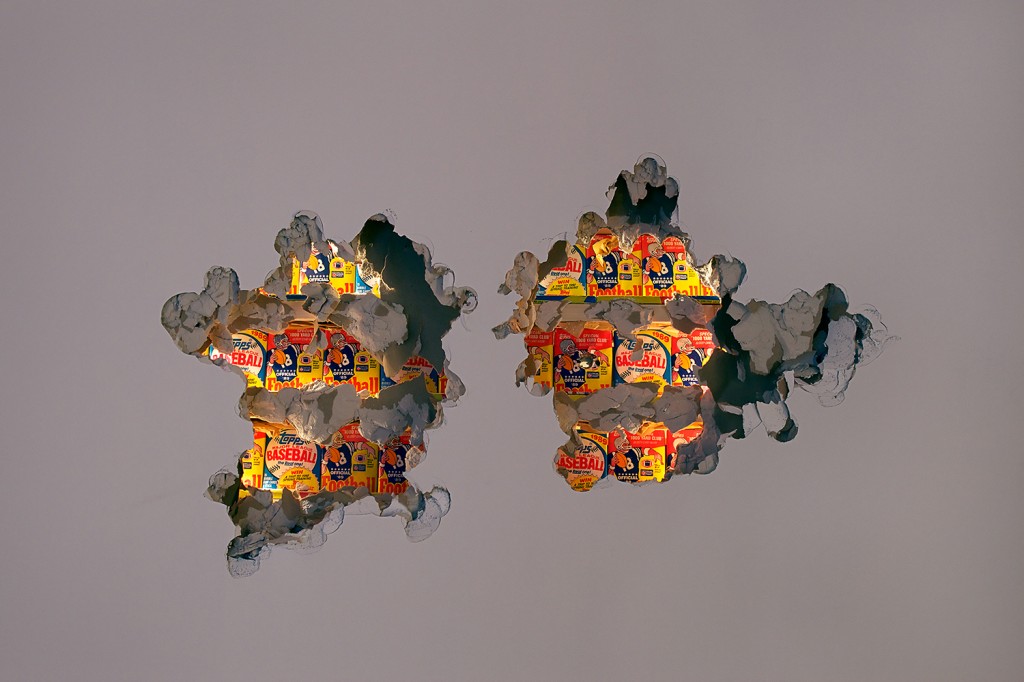 Working again with found objects, one of the most striking works in the exhibition: a site-specific installation that tears through the wall to reveal a hidden stash of old football cards, collected by the artist when he was a child in hope that they would eventually raise in value, gives credence to the practice of hoarding. The objects, which actually have no monetary worth, give the impression of being unearthed in the gallery space itself. A light installed in the wall makes them glow like golden treasure in an animated movie. In all, the installation examines the value awarded to objects through nostalgia while giving an insight into the artist’s own childhood. It raises the question: which objects are worthy of retaining attachment and which are acceptable to discard?

In the video “Aquarium Painting,” the focal point of the exhibition, Zanisnik literally uses discarded trash as props as he films his father walking through a recycling facility in Philadelphia as he informs viewers of optimum aquarium-maintenance practices. The artist frequently involves his family members in his work to create absurd new forms of home videos that simultaneously deepen his exploration of Americana. Another textile diptych in the show presents us with a kitschy embroidered portrait of the quintessential American author Philip Roth and one of his most controversial books, “Portnoy’s Complaint.” The fact that the novelist recently sued Zanisnik for the use of one of his books in a performance only serves to further entangle his art practice with his life. (Shreya Sethi)

Through October 18 at Aspect/Ratio, 119 North Peoria.