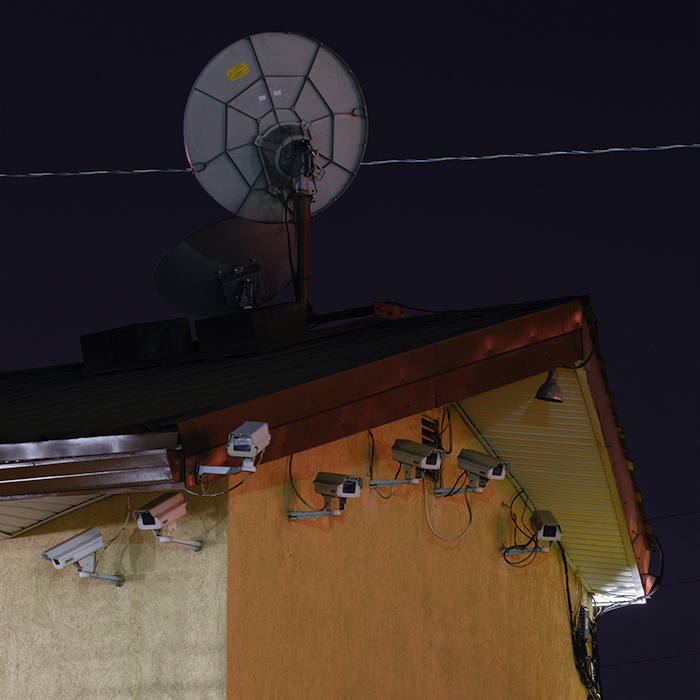 Shannon Benine. “The Traitor in Room 14”

Behind a streaked and scratched surface, as though we were looking through a distressed pane of glass, we see a man standing in the woods dressed for winter in a heavy coat, jeans, and thick boots. He is holding a long tree branch and appears to be keeping guard next to a sign posted on a tree, reading “PRIVATE PROPERTY KEEP OUT.” An inverted plastic pail covers his head. Paul Thulin’s black-and-white “Cervantes’ Shadow” is the banner image in “This May Have Happened,” the remarkably coherent juried exhibition that is part of the annual Filter Photo Festival. 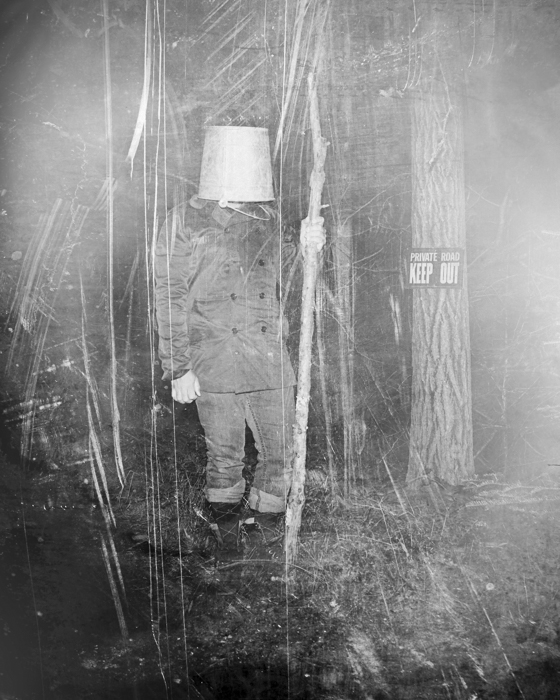 Curator Gordon Stettinius has been admirably true to his concept of images depicting scenes that “may have happened,” however improbable they may be. All twenty-five photographers contributing here present such scenes—some constructed, some not—that are on the realist side of the border with surrealism, but barely so. The overall result is a uniform, though complex, sensibility, the components of which vary in prominence according to each artist. There is surprise, hints of threat, eeriness, funkiness, and, most of all, comic absurdity—a kind of hipster sensibility flavored with The Onion. Often all of the elements are there at once in a single image, as in Thulin’s. In Shannon Benine’s color shot, “The Traitor in Room 14,” the effect is achieved by showing the side of a house bristling with surveillance cameras under the overhang of a roof, above which looms a humongous satellite dish; here the ominous turns absurd, and the absurd ominous, depending on the eye’s first take. Enhancing the coherence of the exhibit was gallery assistant Matt Avignone’s move of hanging the black-and-white images in one of the space’s two rooms and the color images in the other, allowing the common sensibility to show forth unhindered by the distraction that could attend mixing the two formats. The intelligence and artistry of the works have been elicited by the curators. (Michael Weinstein)