21
Richard Rezac
Somewhere between the flat hills of Nebraska and the soaring facades of Rome, Richard Rezac fell in love with architecture. A well-traveled man who has chosen to make his Chicago home his studio for twenty years now, influences from his private residence as well as world voyages manifest themselves within Rezac’s geometric, minimalistic abstractions. The artist’s 2D drawings are blueprints, aesthetically and practically, for subsequent 3D structures. In addition to exhibiting internationally, Rezac has taught at the School of the Art Institute of Chicago since 1985. Most recently, he presented his fourth solo show at Rhona Hoffman Gallery. 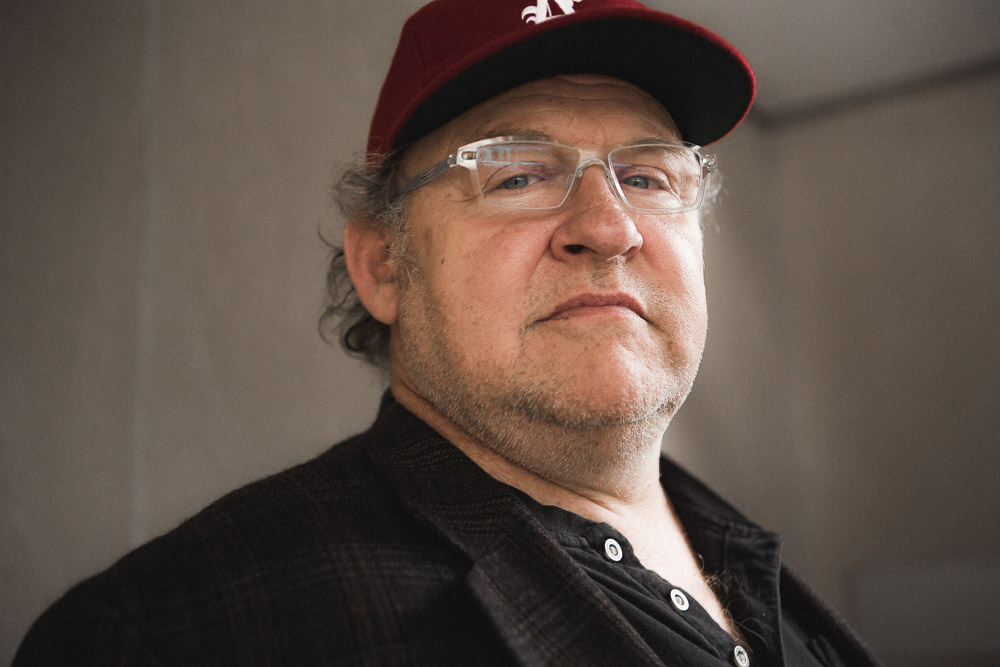 22
Tony Fitzpatrick
Tony Fitzpatrick rounded out 2014 with some major displays of his creative facility: on stage at the Steppenwolf and in the gallery at the Poetry Foundation. Both are major coups for the artist who has called Chicago home most of his life, yet these two capstones also mark a new chapter for him, as he plans to relocate to New Orleans before the first cold snap, and to finish his next book there. The news comes as a surprise for those who assumed Fitzpatrick would continue to reign this local empire forever, and the legions of his apprentices will surely miss his mentorship, but Fitzpatrick’s move exemplifies how a Chicago artist can live anywhere and still be a Chicagoan. 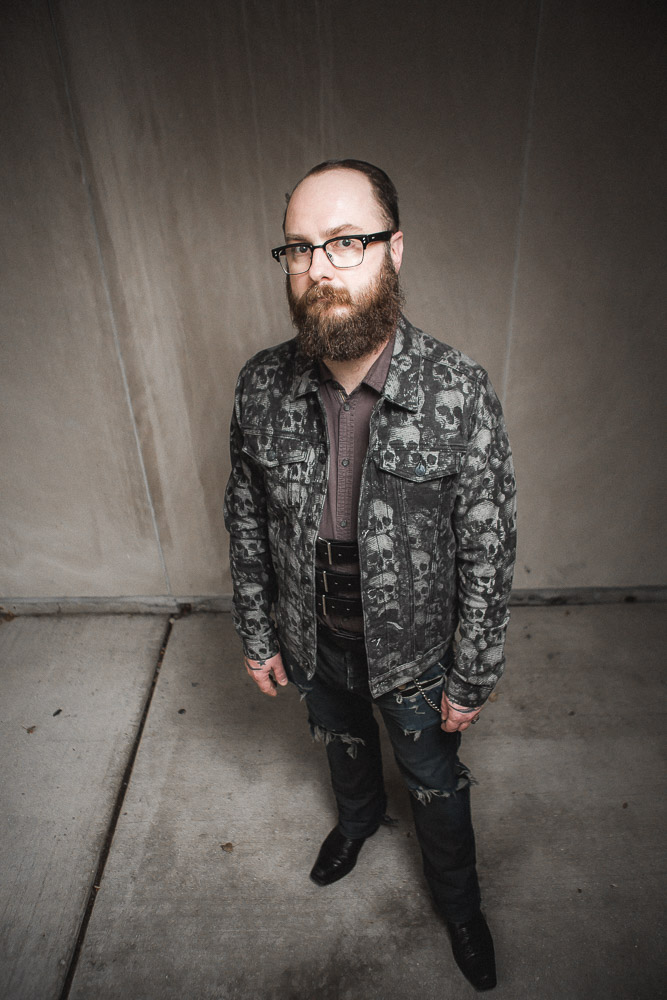 23
jonCates
jonCates is a glitch art and GIF lord, chair of Film, Video, New Media and Animation at the School of the Art Institute, and writer focusing on experimental forms of media arts and media art histories with a recent publication in “The Emergence of Video Processing Tools,” by Intellect. Cates’ work has been described as having “opened the field of artistic engagement and agency,” and “punk as fuck,” and just last year he curated a Glitch Art exhibition and event series in Canada, and exhibited his work in Germany, France, New York, and multiple locations online. His studio is the internet, several projects running simultaneously across the many opened tabs of his web browser. Entrenched deep within the glitch scene both in Chicago and internationally, Cates is currently planning a Glitch Art festival in Paris set for next year.

24
William Pope.L
William Pope.L is a performance artist, activist, deviant and associate professor of art at the University of Chicago who famously branded himself “The Friendliest Black Artist in America.” He makes accessible, often humorous work about racial issues that are disturbing, complicated and largely ignored in contemporary public dialogue. His raucously staged diversity panel at the MCA last spring was a brilliant piece of institutional critique that took place at the behest of an institution (kudos to the MCA for allowing themselves to be roasted). He currently has a show of paintings from his ongoing series “Skin Set,” which satirizes stereotypes about black people, titled “Gold People Shit In Their Valet” at Galerie Catherine Bastide (Brussels).

25
Jason Salavon
A cornerstone of Chicago’s art and technology movement, in recent years Jason Salavon has turned his attention toward making art that sources real-time content from the internet and broadcast television. For the next several months he is artist-in-residence at Microsoft Research, a prestigious think tank for software engineers. Prior to this, he initiated the Hack Arts Lab at the University of Chicago, filling the need for a maker space on that campus so students can workshop advanced digital fabrication technologies. 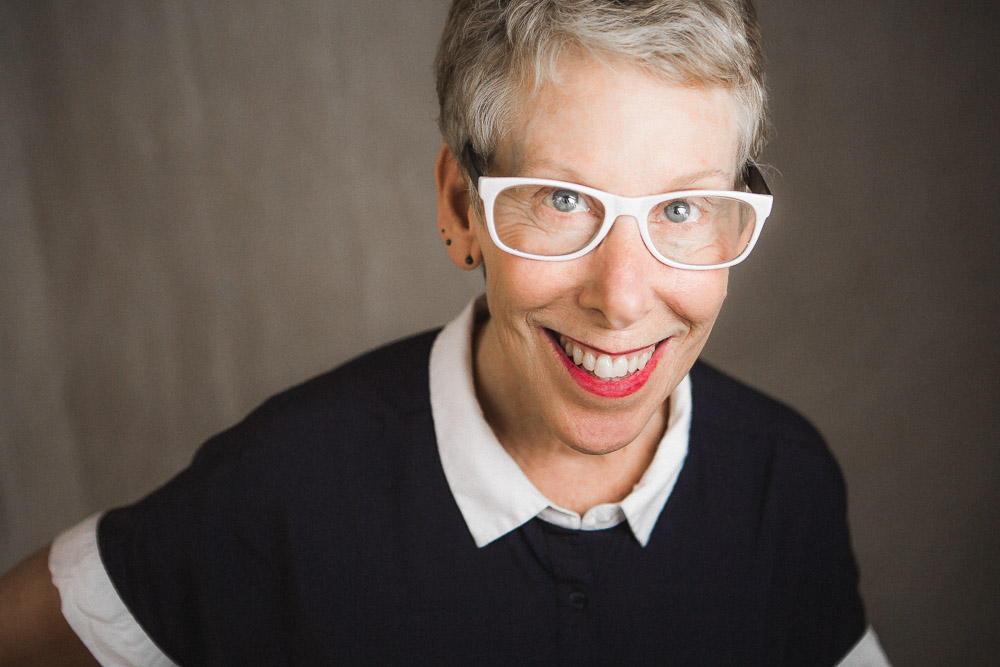 26
Sabina Ott
Although closely aligned with the West Coast art scene, these days Sabina Ott is called the art mother of Chicago. Indeed, she nurtures the emerging artist scene here from her position as professor at Columbia College Chicago and her domestic gallery in suburban Oak Park, called Terrain. Her sabbatical this year takes her to lecture on artist-run spaces in Dallas and to exhibit in San Francisco. In the works is a public playground in collaboration with artist Joe Jeffers, and open now is a major show of new installation work at the Chicago Cultural Center. 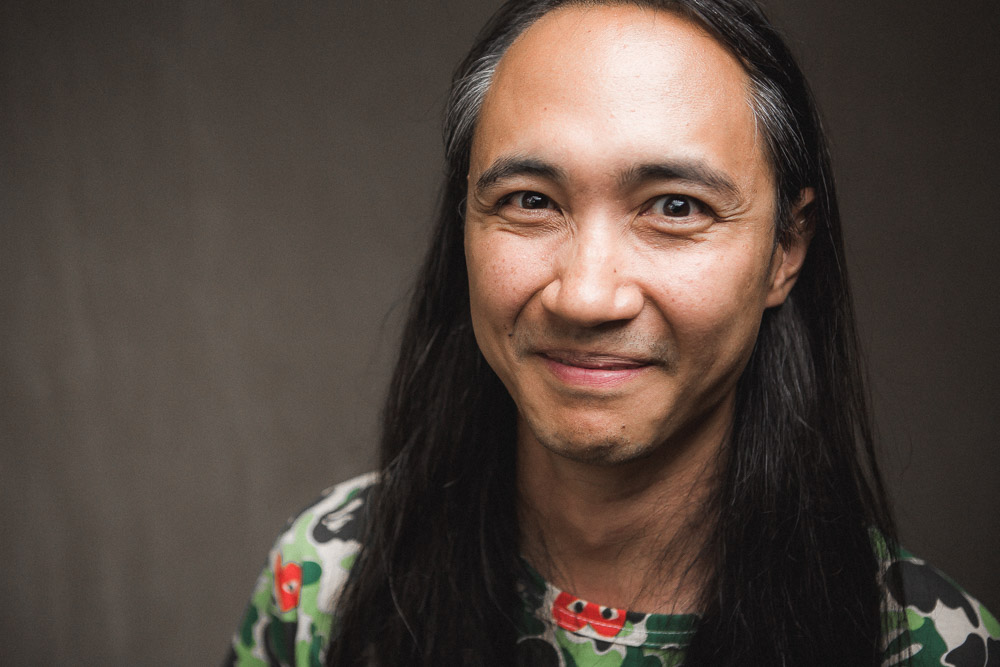 27
Brandon Alvendia
Brandon Alvendia is an artist who follows momentary impulses, his private practice built on taking advantage of serendipitous occurrences. Alvendia places himself within the overlooked gaps, producing private poems within email signatures and performances out of simple introductions. “Finding those cracks has been my practice,” Alvendia explained—“finding the spaces others are not conscious are there.” This summer he collaborated with Chicago Artist Writers to lead a group artist review, publishing a review from the mass of participants under a single, anonymous name. Alvendia continues to instantly publish through Silver Galleon Press, which he recently expanded into a workshop to focus on its performative and communal aspects. Alvendia will also expand his gallery, The Storefront this year, taking it outside of the city and transforming it into a nomadic space. 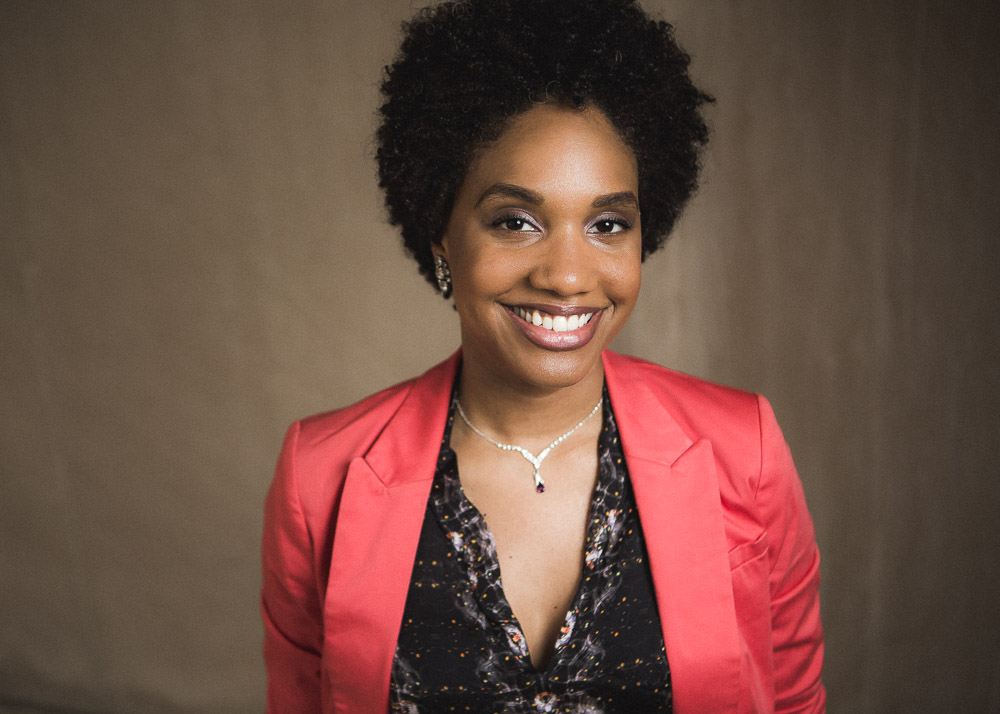 28
LaToya Ruby Frazier
Although her artwork is mostly associated with her hometown of Braddock, Pennsylvania, and the lives of her family members living there in the midst of white flight, LaToya Ruby Frazier should feel right at home among Chicago’s politicized landscape and social activist art. She was recently recruited as assistant professor of photography at the School of the Art Institute of Chicago (and formerly at Rutgers University and Yale), although Chicago viewers will have recently seen her work in group shows at the Museum of Contemporary Photography and Gallery 400 at UIC. Frazier’s new book is published by Aperture and includes an interview with the artist conducted by Dawoud Bey. 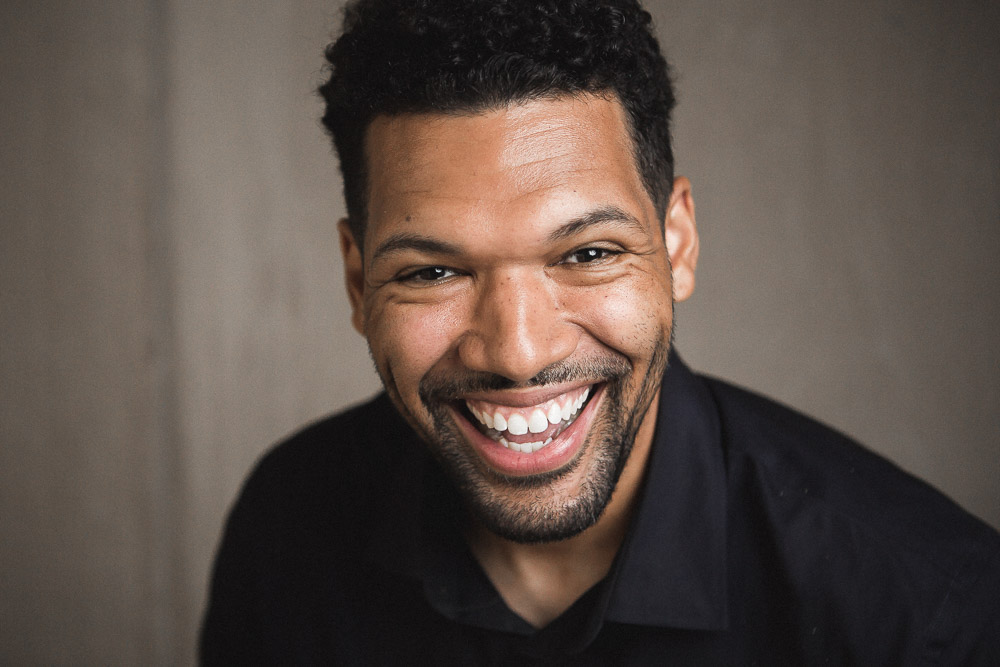 29
Hebru Brantley
You might not find Hebru Brantley’s work in the collection of the Art Institute or the MCA (yet) but you will see his work featured in a major solo exhibition on view at the Chicago Cultural Center until September 23, at the U.S. Embassy in Stockholm, Sweden, and on the walls of the homes of Jay-Z and Tyra Banks. Brantley has been finding success on his own terms, building up a base of loyal fans through his constant presence online. And it might not be too long before Brantley is in your home, too; in an interview with Chicago magazine he doesn’t hide his Warholian ambition: “I want people to come out of the shower and step on a Hebru Brantley rug.” 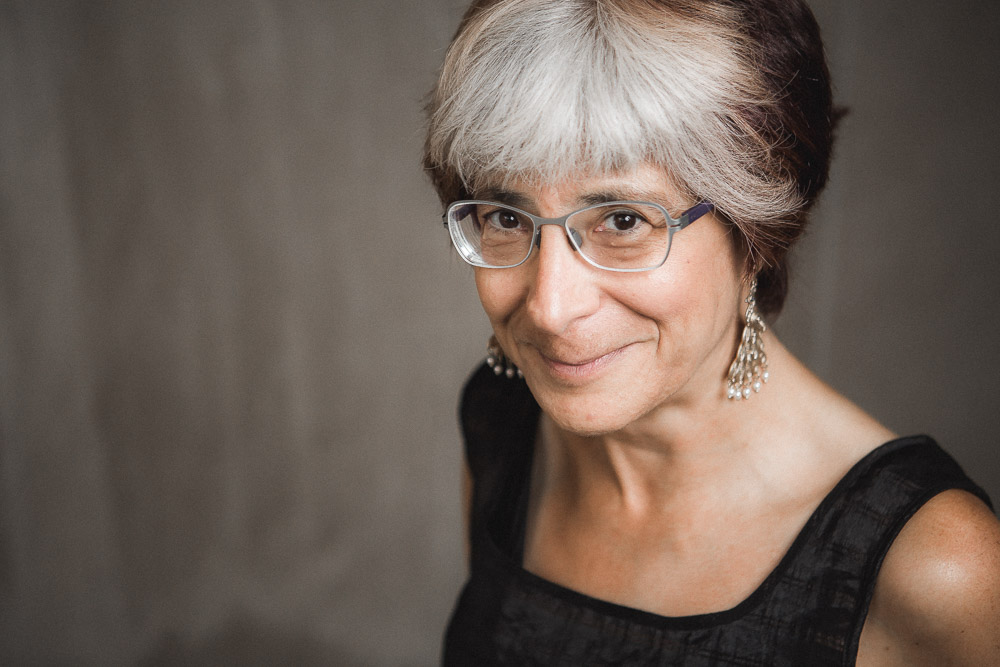 30
Riva Lehrer
One of Chicago’s greatest advocates for disability culture, Riva Lehrer reminds us that “disability is a political term.” Her own portraiture practice always involves an interview component, and a current visiting artist fellowship at Haverford and Bryn Mawr Colleges in Philadelphia introduces the social contract of consent in order to portray the likeness of people who have developmental impairments. Consent, she says, is standard in medical offices but not yet in art studios, where there has been a loss in the sitter-portraitist relationship given the ease of access to digital imaging technology. Her work asks “what it means to be stared at for a long time,” she says, “particularly if you’re disabled.” Lehrer reads scholarly texts and excerpts from her memoir in progress this fall at Access Living (September 26) and the Chicago Humanities Festival (October 25), and is co-curating the festival “Art, Anatomy, and the Body: Vesalius 500” at the New York Academy of Medicine, opening October 18.