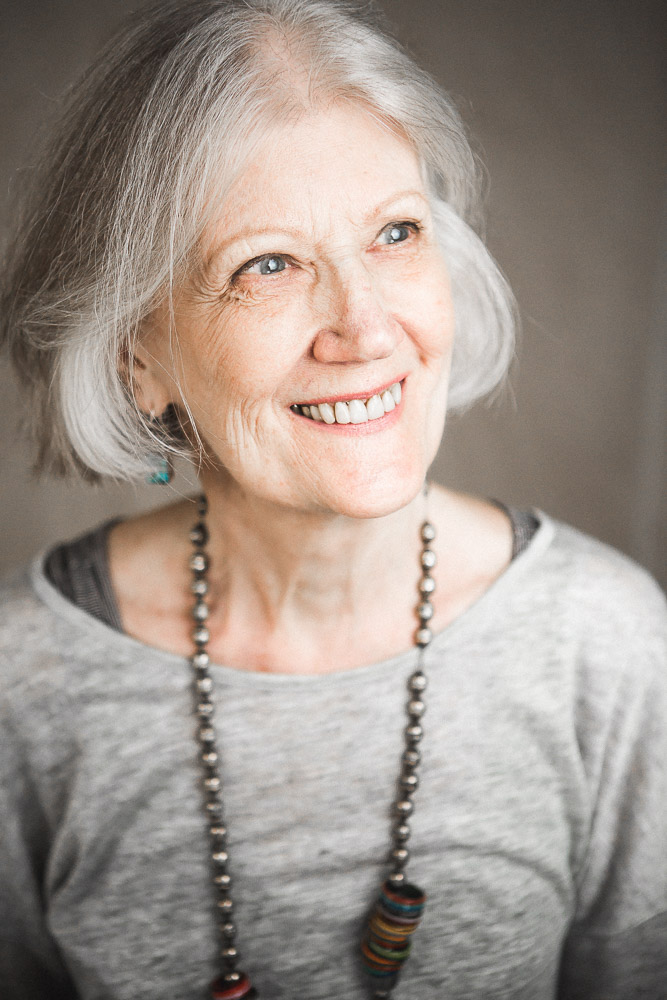 31
Barbara Kasten
Barbara Kasten’s first retrospective of her photography-based work opens at the Institute of Contemporary Art at the University of Pennsylvania in early 2015, and includes eighty artworks. It is a testament to her extended and serious formalist investigation of photography through the lens of New Bauhaus teachings. Despite the veteran artist’s refusal to embrace digital photography—a box of old tungsten film is stockpiled in her Pilsen studio—Kasten is relevant to a younger generation of artists who are exploring the possibilities of film and analog editing techniques. Now retired, but as the first recipient of Columbia’s distinguished artist award, she’s working as hard as ever, making new images that feel as fresh as ever.

32
Richard Hunt
At eighty years old, the metal sculptor Richard Hunt continues to accept major commissions for monuments including for the Atlanta airport, for the University of Iowa’s school of music, and for a park in Charlotte, North Carolina, dedicated to his friend Romare Bearden. His most recent work in Chicago went up on the former site of US Steel, at 79th and Lake Shore Drive. Hunt continues to thrive creating indoor sculpture as well, and two major exhibits of his work open in Chicago this December—at the Chicago Cultural Center and the Museum of Contemporary Art. Says MCA curator Naomi Beckwith, “Hunt is a national treasure and a lion here in Chicago. He occupies a space unique for any artist, sustaining an active career that arcs from modernism, through post-modernism, into the contemporary.” 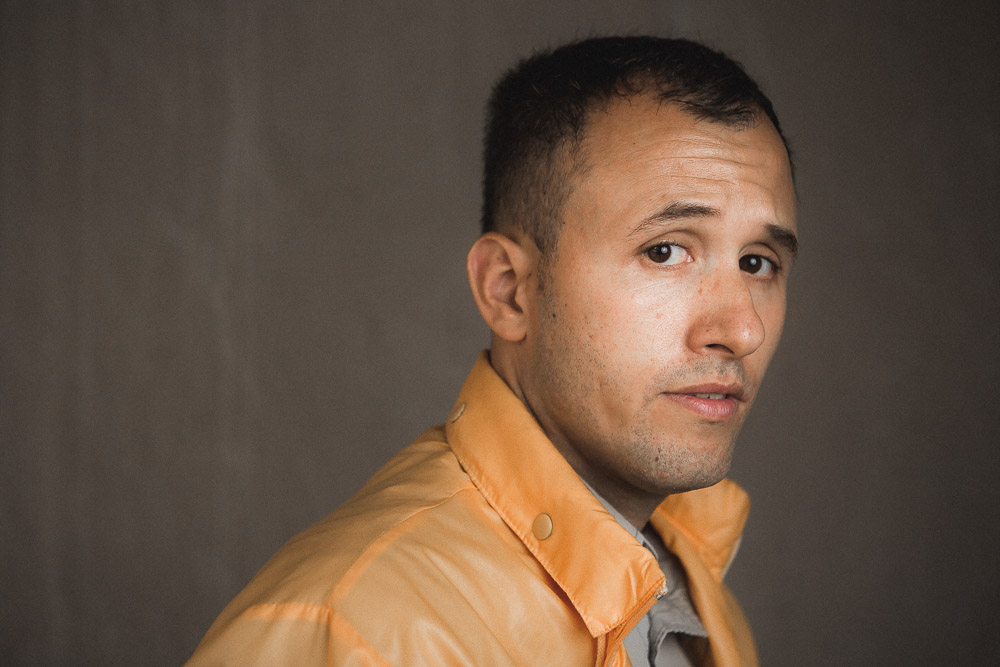 33
Alberto Aguilar
The young artist has claimed the sphere of domestic family life as art practice, like his distinguishing project of inviting strangers into his home. In Aguilar’s hands, household activities and objects often turn into surreal experiences; a dining table became a mirrored ping-pong table in MCA’s recent “Homebodies” exhibition. His 2014 “Wedding to Unknown” went slightly amiss when the couple Aguilar invited to marry as performance art backed out last minute. A slight change in plans did not prohibit the 150 unaware guests from breaking out into a celebratory dance party.

34
Lou Mallozzi
Lou Mallozzi is an audio artist who makes work about language, interactions and awareness, moving fluidly among media including sound, video, performance, installation and drawing. He co-founded and currently runs one of Chicago’s most unappreciated gallery/venues, the Experimental Sound Studio. Since 1986, ESS has focused on supporting and exhibiting sound in all its exploratory cultural manifestations. On September 15, he’ll perform with Damon Locks and Josh Berman at the inaugural 3-On-3 program at Constellation and is featured there again in the Collision Theory retrospective on October 20. His latest video work, “Screenplay: one and one,” is currently hanging in the faculty projects show at SAIC’s Sullivan Galleries. From the beautiful essay Seth Kim-Cohen wrote to accompany it, “To ‘pay attention’ is a curious phrase… What is the currency of this payment?… Perhaps it would be better to think in terms of spending attention, rather than paying it.” 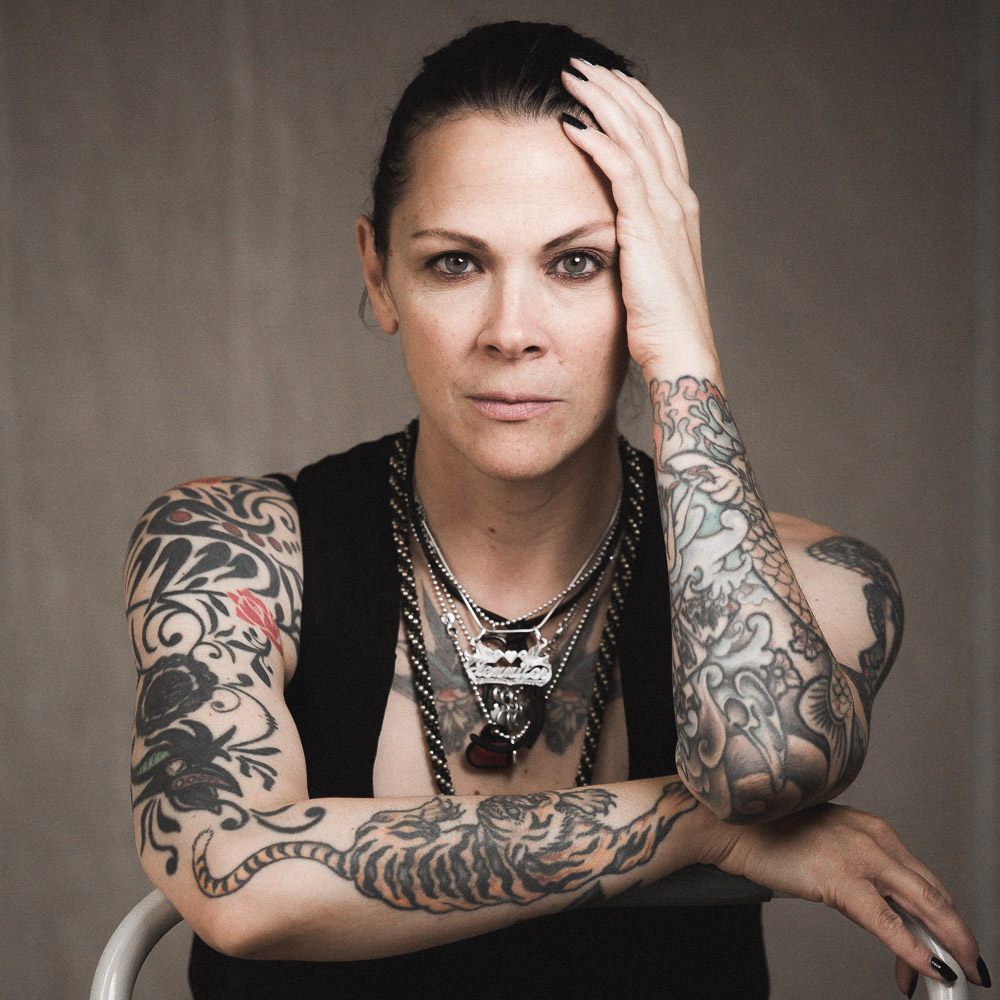 35
Jennifer Reeder
Filmmaker Jennifer Reeder makes hauntingly beautiful moving image works constructed around narratives of relationships and trauma. Her most recent award-winning film, “A Million Miles Away,” a multilayered portrayal of female adolescence set to a choral backdrop, will be screened in Expo/Video courtesy of Andrew Rafacz Gallery. Reeder also gets the prize for coolest feminist chick in Chicago’s art scene, toting a baby carrier on her tattoo-sleeved arms with more gusto than an exclusive handbag, and her Tracers club opens a new door to feminist social justice. 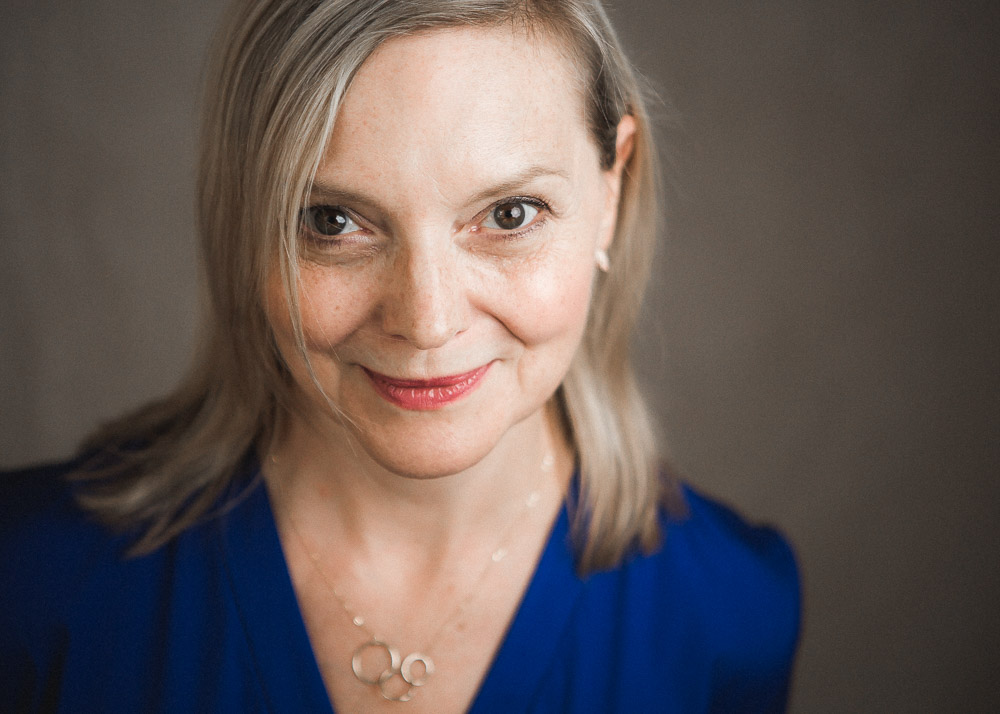 36
Judy Ledgerwood
For ten years, Judy Ledgerwood drenched her skin and canvases with paint. Her pastel-like landscapes were soft and muted, with brushstrokes made from her fingertips. And then the cancer came. During her battle, she painted in black and white… and she used a brush. Now the cancer is gone, and although Ledgerwood still paints with a brush, her work is vibrant and bold. Like humans, the paintings are breathing, leaking, shining, repetitive, imperfect and—importantly—alive. Earlier this year, Ledgerwood completed an indoor mural for the Graham Foundation and one for the Smart Museum of Art. This September, look for Ledgerwood’s work on Expo Chicago shuttle buses and interstate billboards.

37
David Hartt
Filmmaker, photographer and sculptor David Hartt’s “Stray Light” documented the lavish interiors of the Johnson Publishing Company’s offices on Michigan Avenue (they produce Ebony and Jet magazines) before they relocated to smaller headquarters. The artwork chronicled the end of an empire and era of a certain type of African-American culture with graceful nostalgia. Hartt is a keen interpreter of the built environment and the ruins of utopias, drawing on research from specific times and places, especially the 1960s, from Montreal to Detroit to Tuvalu island. He debuts new work at LA><Art this November and in Vancouver in 2015. 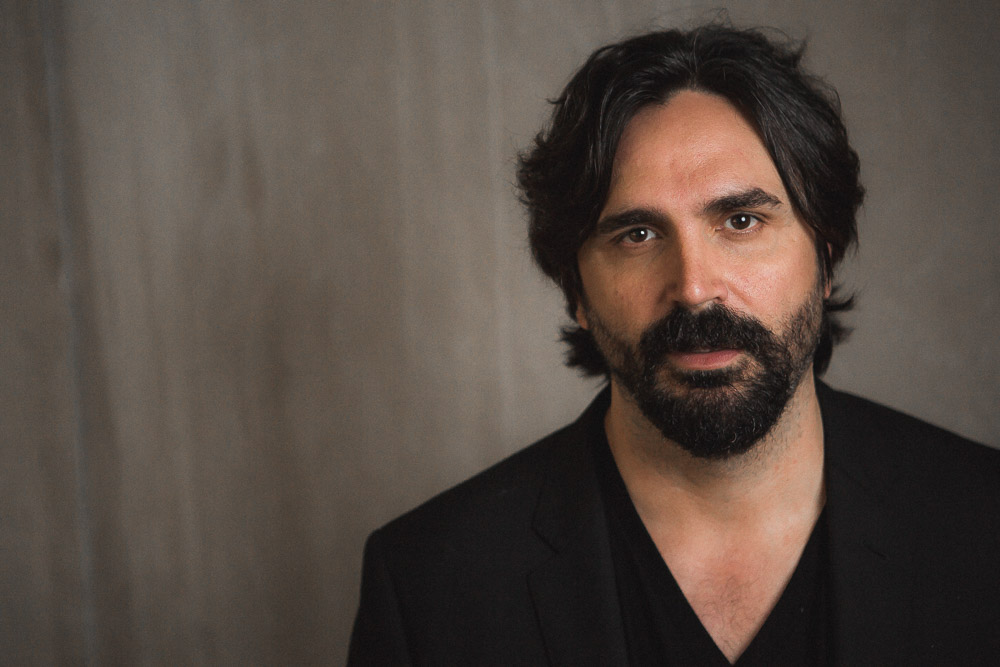 38
José Lerma
With a recent solo exhibition at the MCA Chicago, Spanish-born and Puerto Rican raised José Lerma explored the relationship among benefactor, artist and spectator, creating large-scale carpet-based constructions and experimental keyboard paintings of bankers and museum donors. Lerma has also recently shown at CAM Raleigh, and had commercial gallery exhibitions at Kavi Gupta in Chicago, Andrea Rosen in New York, and currently Van Horn Gallery, Dusseldorf. Equally adept at figural drawing and painting as well as more conceptual modes of production, Lerma’s work weaves elements of personal and public history with humor, leaving the viewer with a multi-layered and multilingual experience. 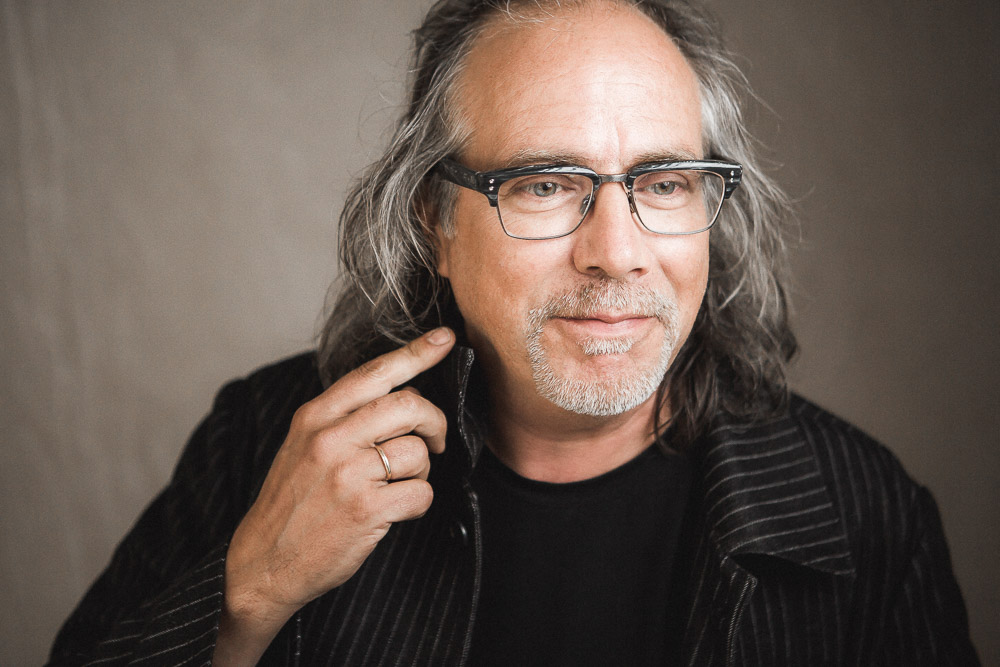 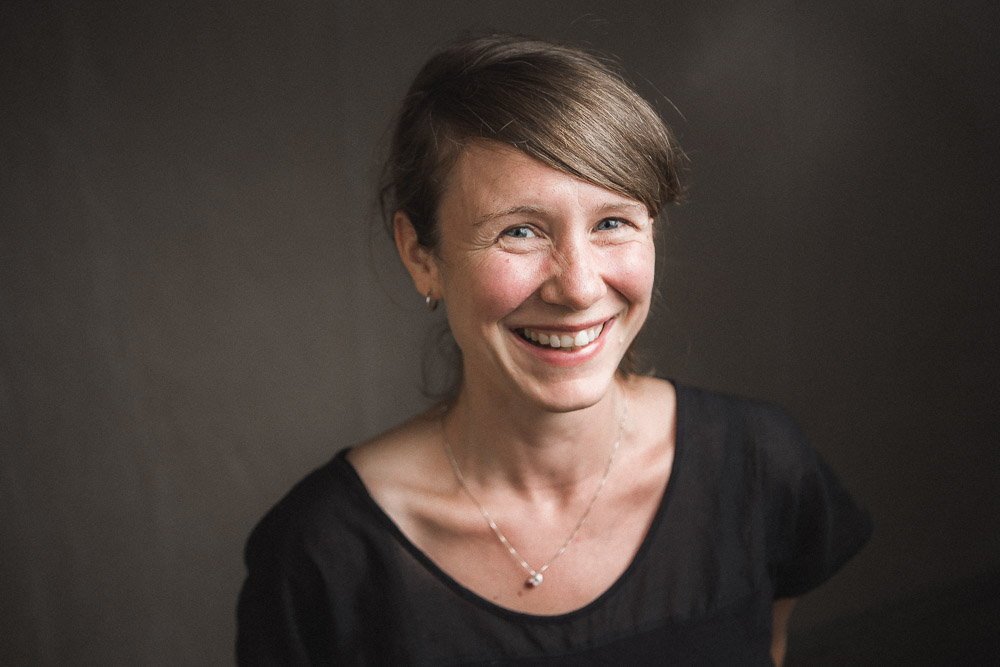 40
Kelly Kaczynski
Kelly Kaczynski’s installations conjure several places at once, and the boxy wood platforms and sculptural elements exude a purposeful sense that they might be used (and sometimes in fact are interactive). In 2014, Kaczynski’s new foray into photographs garnered buzz around the Midwest and New York after her solo show at Brooklyn’s Ortega y Gasset Projects: these new works fragmented nude bodies amidst the green-screen gridded structures of earlier works deconstructed into cubist Edens. The verdant, structural spaces in her art projects correspond to a lively passion as a facilitator in the art field—not only as a professor (after years teaching at Northwestern, Kaczynski has joined the sculpture department at SAIC this fall), but with thoughtfully poetic curatorial projects such as “Virtually Physically Speaking” at A+D Gallery in Chicago this spring and the recently closed “Roving Room” co-curated with Cori Williams for Habersham Mills in Georgia.