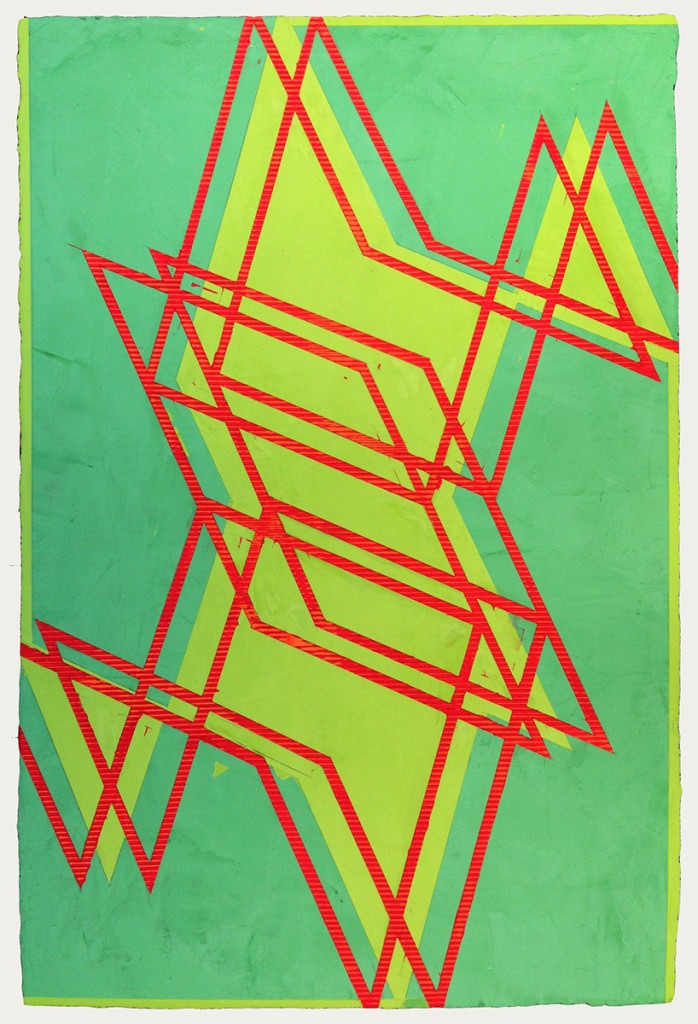 Northern Trust announced this afternoon that it will purchase a painting by Elise Ferguson for the organization’s permanent collection. Ferguson’s painting “Saree” appears in Romer Young Gallery’s booth (#736). Ferguson has ties to Chicago although she currently lives and works in Brooklyn, New York. She did her art schooling here, earning her BFA from the SAIC and her MFA from UIC. She presented a solo exhibition of paintings similar to the Northern Trust purchase at Romer Young in San Francisco in April of this year. “Saree” is a complexity of interlocking geometric designs in red against a two-tone green surface.

Northern Trust, the international financial services corporation based in Chicago, is a presenting sponsor of Expo Chicago. In advance of the fair’s opening, it was announced that the organization would select a work of art from one of the EXPOSURE galleries at the fair. The jury for the Purchase Prize was led by Michael Darling, chief curator at the Museum of Contemporary Art in Chicago. Says Darling in a press announcement, “It is because of organizations such as Northern Trust and their continued support of the arts that museums and institutions have the opportunity to present exceptional art to the public. The Northern Trust Purchase Prize continues to show that dedication and support, and I am privileged to be a part of this exciting new acquisition.” (Matt Morris)