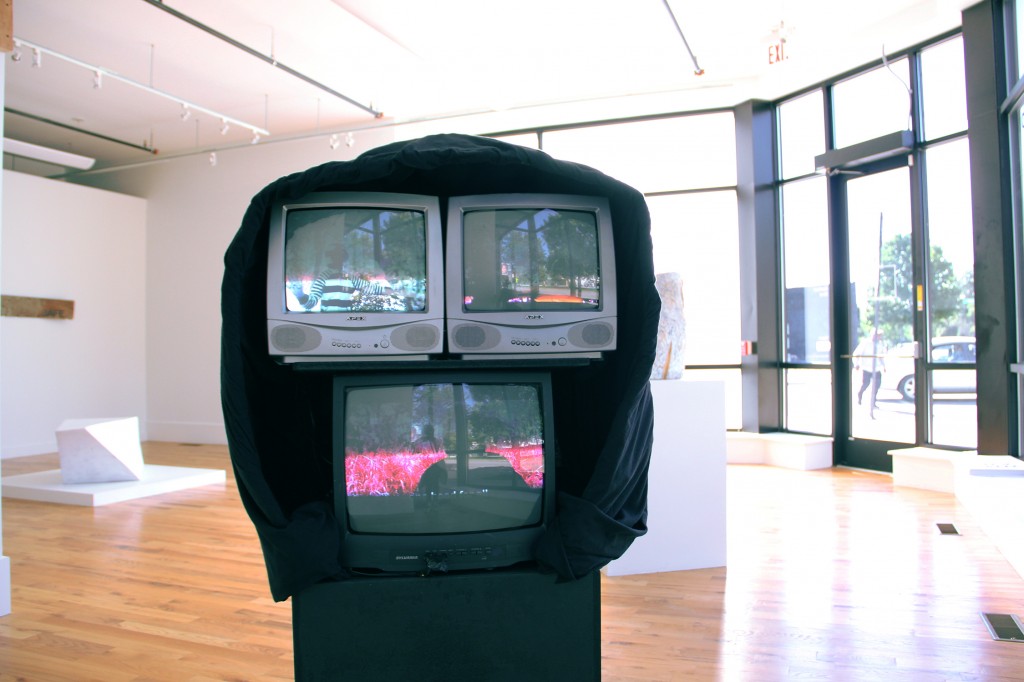 Amir George. “The Hood We Live In,” 3-channel video installation

Prompted by unarmed Trayvon Martin being shot to death in 2012, curator La Keisha Leek assembled a cadre of artists that address negative depictions of black experience in the news media while also considering the images that African Americans hold of themselves. The titular “Hood” is a multiplicity for Leek: neighbor-hood, object-hood, person-hood, Negro-hood and woman-hood. Within these multilayered spheres identity is fluid, a stark opposition to the monolithic representation of African Americans culturally generated around Martin and more recently Ferguson, Missouri. 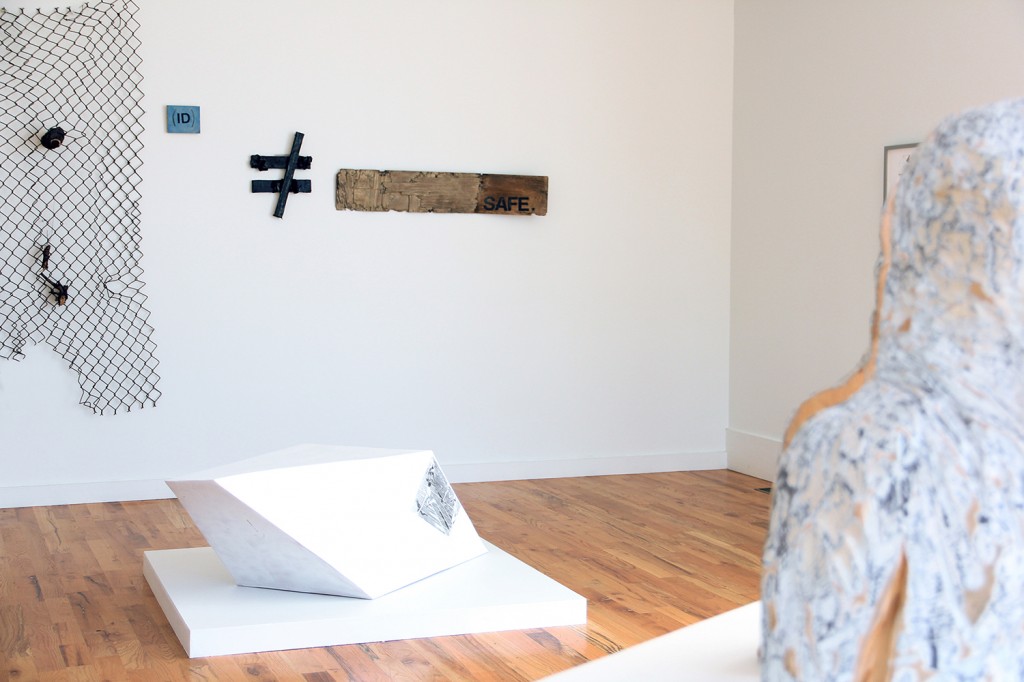 Caroline Kent’s print series “St. Wilma and the 4th Dimension” links Wilma Rudolph’s winning of three gold Olympic medals in 1960 with golden decoration historically used in art to bestow metaphysical significance. Emily Hooper Lansana’s takeaway card “Motherhood” laments the society who will come to fear her child as he grows into adulthood. Casey Winkleman’s “Chicago Liquor Stories” photographs challenge stigmatized views of these sites as unsafe and show neighborhood stores and those who run them as integral participants of their communities.

In avery r. young’s sculptural poem “Ballad of Twin Lakes,” a section of rust-colored fencing and a sequence of other objects are translated into a pictogram claiming, “Gated does not equal safe.” As Martin was gunned down in a gated community, young’s statement finds fault in the assumption that separation warrants safety.

Amir George’s three-channel video installation, “The Hood We Live In,” critiques the socio-political conditions of African Americans through a fantastical narrative about a tribe of Hoodians, exiles from many galactic spaces who have sought refuge on a small planet located in the Beneficent Shield galaxy, where the hoodie isn’t burdened with the negative associations of supposedly dangerous black youth that is frequently touted in our culture. George made this video to deride the adverse signification with wearing the type of hoodie that has come to be associated with Martin and more broadly urban black male youth.

Martin’s murder evidences the fallacy of a “post-racial” America of the Obama era. “How to Make A Hood” confronts violently racist hegemonic representations by depicting how African Americans engage their communities and honor history in ways that challenge the images in which we are engulfed daily. (Hiba Ali)

Through October 10 at the Arts Incubator, 301 East Garfield.