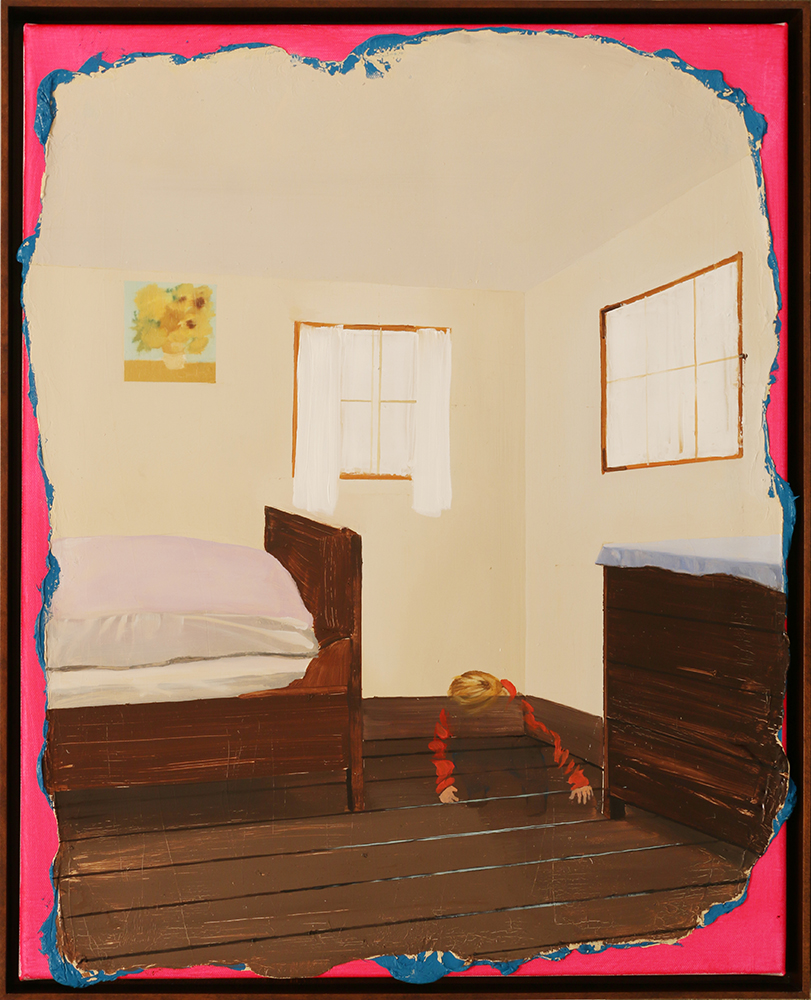 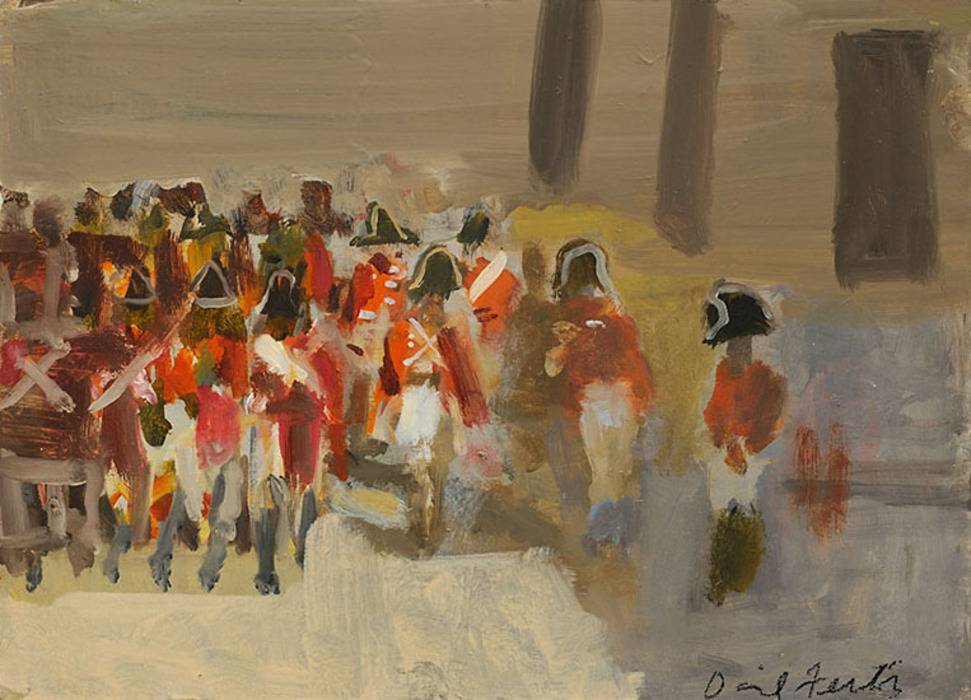 Though many of the spaces at Expo have a token figurative painting or two, Paul Thiebaud Gallery (Booth #427 on your handy Expo map) hailing from San Francisco is one of the few that’s put it front and center.

A bit like Giorgio Morandi meets Larry Rivers, their artist David Fertig is represented by a beautiful, salon-style wall that boasts a bevy of history infused paintings. These works are concentrated and complex in the sense of touch his paint handling achieves on relatively small surface areas. Looking at the deceptively loose “Royal Marines (Stonehouse Barracks at Plymouth)” should inspire any sensible artist to run back to their studio and get to work. 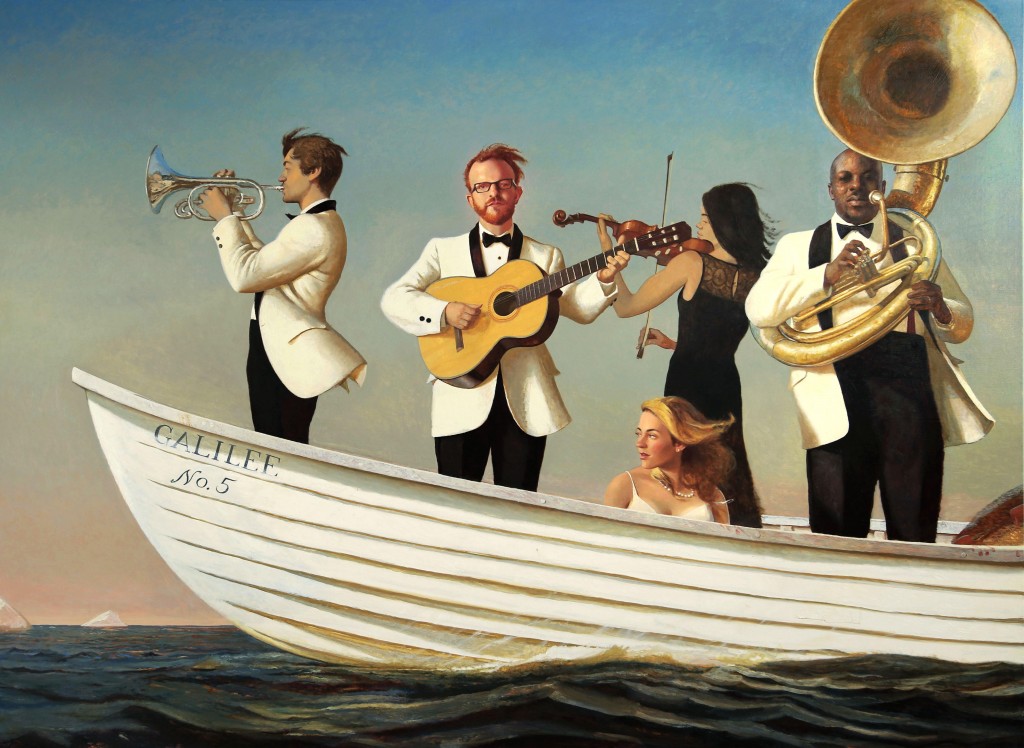 Further down the way, painter Bo Bartlett’s massive “Galilee”—brought in by Ameringer, McEnery, Yohe (Booth #518)—sticks out like a sore thumb at Expo for two reasons. One: Bartlett has been trained and obviously knows how to use paint, and two: there is literally nothing else like it in terms of scale, subject matter and quality. Not to say that this is a perfect painting; it’s not. The figures are a little stilted and stiff, and there’s not a lot of variety of touch and application on the surface. Still, the way Bartlett controls color and temperature is particularly mesmerizing. 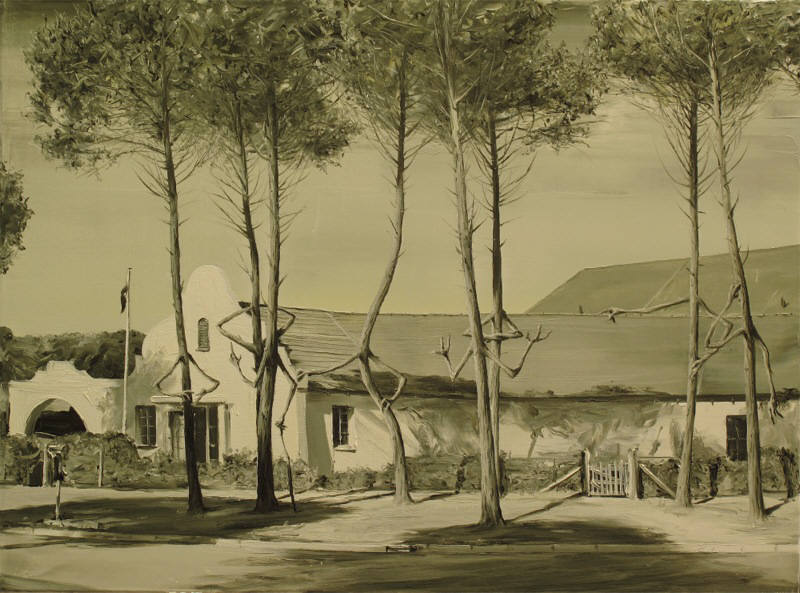 The Neo-Surrealism of Neo Rauch (no pun intended) is also very much in evidence at this year’s Expo. Mongolian artist GAMA represented by Chambers Fine Art (Booth #403) and Richard Heller Gallery’s Paco Pomet (Booth #200) are making works that feel straight out of the German master’s playbook. These medium-sized easel works are well crafted, but are perhaps too derivative in the final analysis. Sadly, David Zwirner, who represents Rauch in the U.S., neglected to bring any of his work.

From the “where are they now?” file is a quaint little monochromatic green image by Mark Tansey (who also springs to mind when viewing Pomet’s paintings) brought in by Chicago’s own Alan Koppel (Booth #315). Familiar to anyone whose undergraduate education included Marilyn Stokstad’s “Art History,” Tansey is the forerunner to the “it’s realistic, but with a twist” angle that sustains most of the representational art represented by larger galleries, and seeing it felt like a rare find.

Lastly, I’d be remiss if I didn’t mention Swiss artist Miriam Cahn’s absolutely haunting black chalk triptych ”L.I.S. bl. –arb..” at Elizabeth Dee (Booth #610). The animals and figures in this vaporous and highly charged work seem like something you might find deep in a cave in France. Primitive in its symbolism, this work radiates a kind of spiritual energy that’s pleasantly out of step in an environment that’s devoted to crass consumerism.

Though generally good, the pickings this year are still a little slim. Despite the current critical paradigm that’s elevated contemporary abstraction to god-like status, I was hoping to see a few more galleries really put their neck out there and stand behind some fresh representation. But the winds of the art world are a lot like those of the city: strong and unpredictable. Better luck in 2015. (Alan Pocaro)