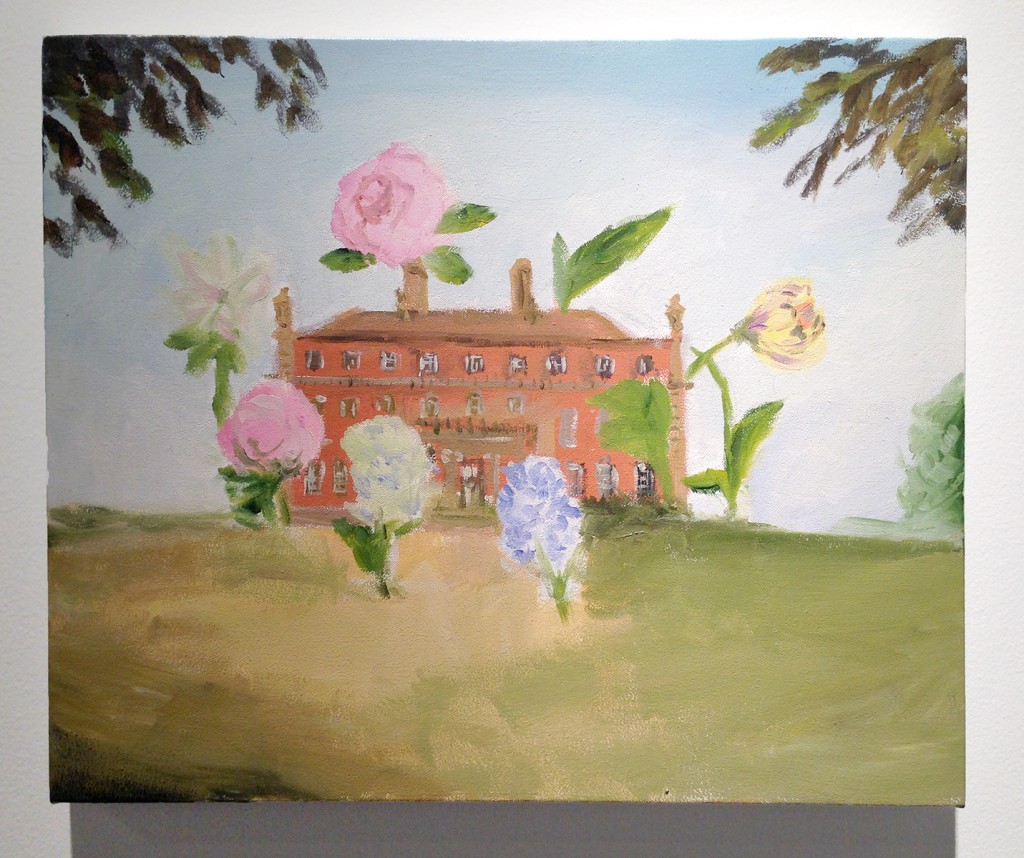 I won’t be going out to the fair today. I imagine, though, that some of the Expo population will find their way out to Oak Park for an opening at the Suburban, for brats, beer, backyard chatter that just might be more about the Packers than an art fair packed to its rafters with haute consumption. From 2pm-4pm, the Chicago area’s favorite run-from-home alt gallery will present Pat Collier, Dennis Kowalski and Drew Heitzler’s work. I can’t tell you how much I’m looking forward to those proportions, that scale, this town.

By late morning on Wednesday, after the unveiling of Judy Ledgerwood’s Florida-inspired billboards, I was enjoying asking “So are you from Chicago?” much more than “Where are you traveling from?” Asked the former, many a gallerina or vaguely multi-ethnic fellow in a flamboyantly patterned shirt would scoff, grunt, answer quickly, “No, I live in New York/LA/not here.” Zachary Cahill told me Friday night that a favorite part of Expo, a quintessential Chicago aspect, is that hike through the mini-mall ruckus that comprises a typical day at Navy Pier. And definitely that stretch before reaching the exhibition hall is a great way to check yourself on how seriously you take any of this.

My partner wants to stop by Navy Pier again today, because he’s been so busy for the past few days he feels like he hasn’t seen anything. Aside from artworks I’ve talked up in previous dispatch posts, he wants to see Rachel Beach’s totemic sculptures in Blackston’s booth (Booth #728) that so excited me and the Pierre et Gilles portrait of Jean Paul Gaultier at Catherine Edelman (Booth #228). He might catch part of Michael Rakowitz’s masgouf cookout that was rescheduled to 12pm-4pm today because of the rain yesterday. 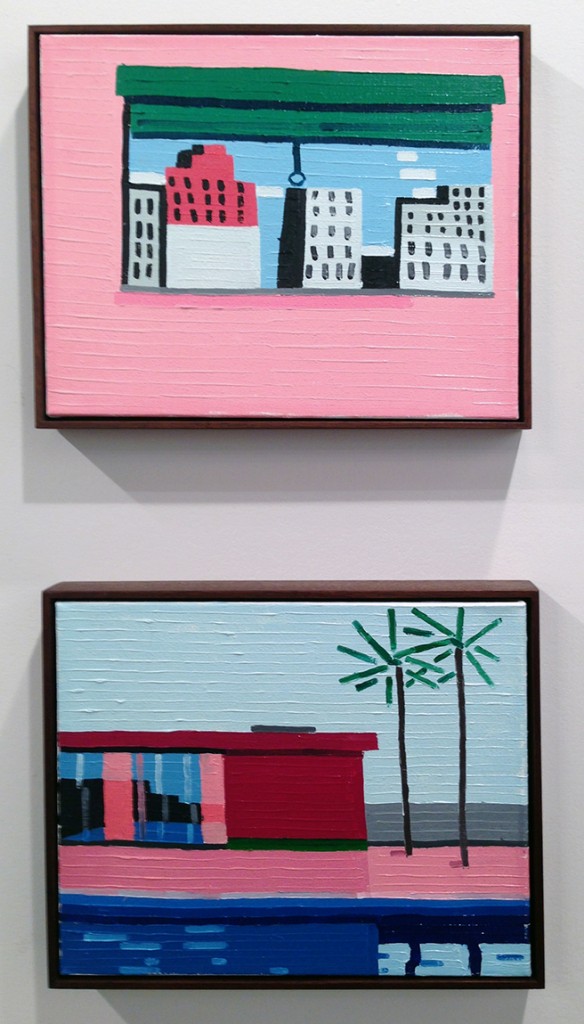 But when he heads back to the pier, I’m headed home. I want to be in my kitchen and cook supper for myself and some of my neighbors. The fair itself is peppered with tiny promises in the form of house scenes (like these by Guy Yanai and Karen Kilimnik) that coo “It’ll be over soon; it’ll be time to go home.” Erin Toale told us in her forecast survival guide that no one goes to the fair on Sunday. I think it’s because each of us are trying to balance the dazzling with the depressing, and need to stop short just before the latter overwhelms.

If we evaluate Expo on the money spent and earned, I have to admit I don’t have a clear picture of how everyone made out. One gallerist from Europe told me that they have yet to make money that recovers their expenditure in coming to Chicago; they were upbeat, though, and said that with fairs a few years of investing is to be expected. Another gallerist walked over to an artist talk I attended yesterday. She shrugged and said, “There’s nothing happening in my booth.” When I asked a Chicagoan staffing one of the booths how the day was going, they answered with their mouth straight, lips pursed and said, “Oh, pretty much like all the days at Expo.” Another said, “I don’t like this part of me that emerges at these fairs, where I start wishing the looky-loos would walk on by.”

This year Expo worked extra hard to offer a robust schedule of Dialogues, and these official events were complemented by the past four days’ true pleasures—the dialogues, discourses and opportunities to catch up with art world denizens near and far. Whether criss-crossing around the maze of the fair’s exhibition hall or in off-site events like breakfasts in gallery backrooms, a fog-filled warehouse party, a BYOB dance party in a generous couple’s apartment, or walks back to the Red Line, the fair brought with it so many chances for real talk, and the capacity for openhearted exchange that populated these proceedings has been unbelievably gratifying. I probably hold to some ideal that if we’re not discussing what is being seen and what is happening, if we’re not making meaning around the art (and its display and sales), then there’s extremely limited value to our cultural field. After these days I’m more dazzled than depressed in no small part because of talking with all of you. Many of you came from all over the world, and just as many came from other corners of Chicago. Thank you for maintaining skepticism without getting sulky. Thank you for calling my attention to gems amidst the thousands of artworks on display that I would’ve missed without you. Thank you for having fun getting dressed up and posturing like pros, but fairly quickly cutting through the bullshit to assess, commiserate, question and appreciate. It’s pretty cool to be working alongside all of you. The seeming finitude of such hyper-local personal exchanges is actually a myth; thanks for helping build thoughtful links around what contemporary art can do. Maybe we can talk just a little bit more over beers in Oak Park this afternoon. (Matt Morris)