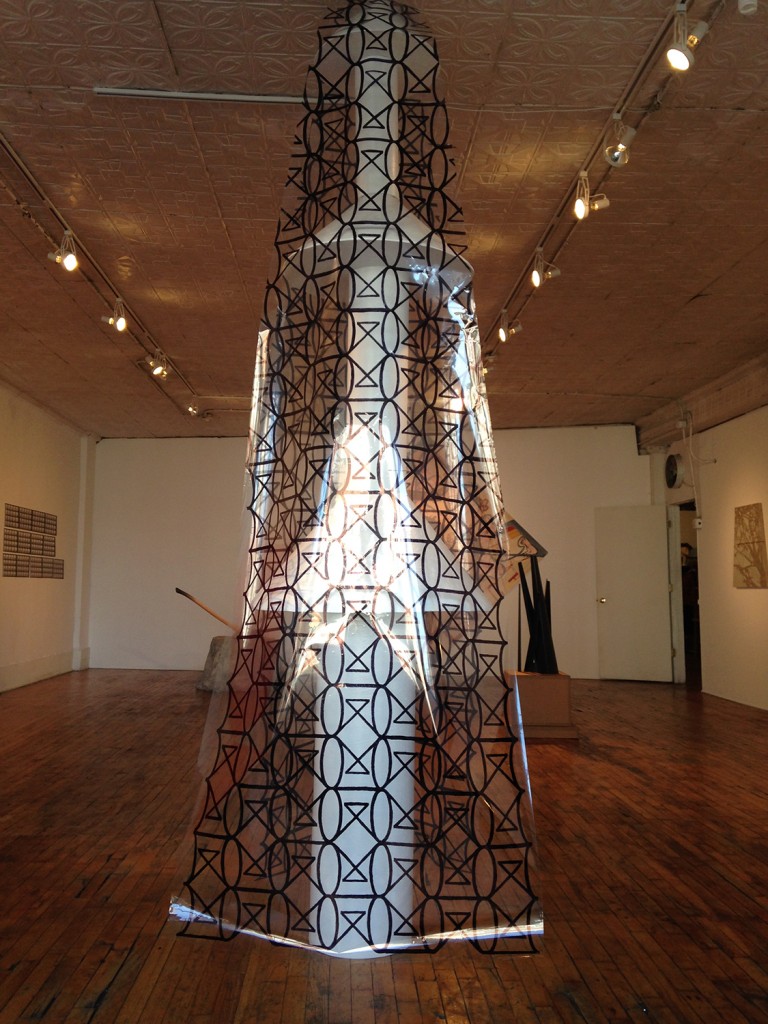 Why do so many of our riots end in flames? Why do we feel drawn to sit around a campfire? We burn, in part, because fire is what birthed civilization. Fire, like man, can destroy what is old, be the life-giver to something new, or consume us all. Curator of “Burn It Down” Paul Hopkin explores fire’s dualities, and our complex relationship to it. 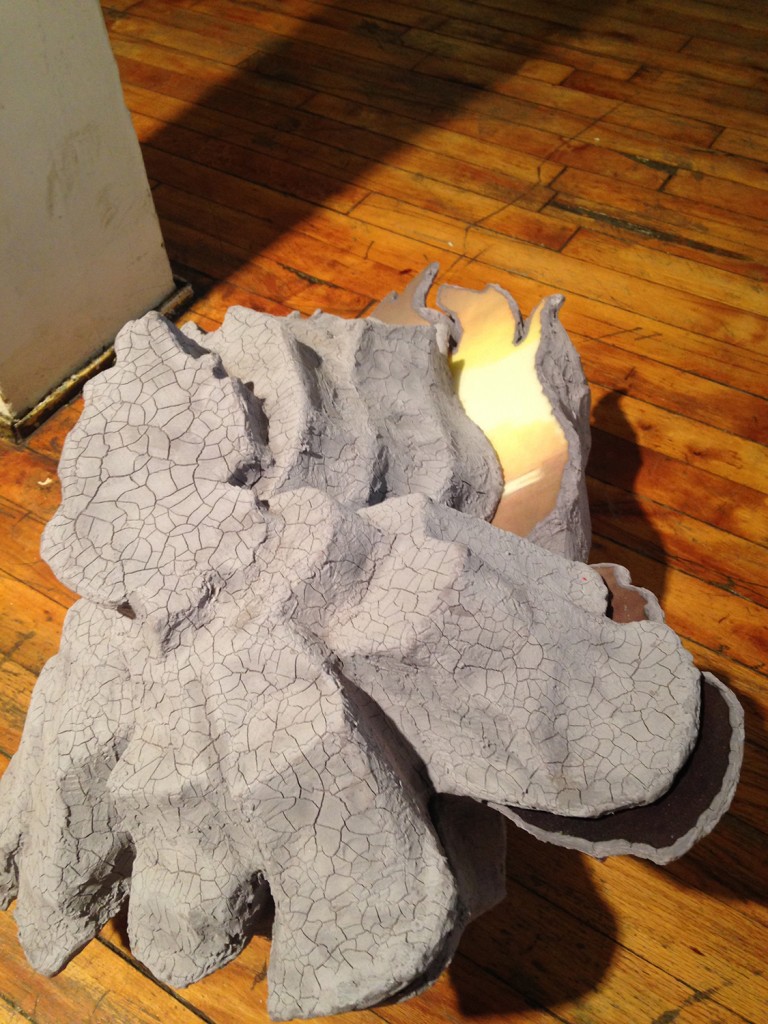 Mindy Rose Schwartz’s eerie “Keychain” puts the ritualistic magic of a voodoo fire in the mind’s eye, while four rectangular yarn pieces by Jeffrey Grauel recall the hearth. Jason Dunda’s series of gouache paintings appear subdued, perhaps an allusion to the ineffectiveness of their namesake, the Clichy-sous-Bois riots of 2005, which burned suburban Paris but didn’t do anything to destroy the social inequality. Saul Alinsky, an influential Chicago organizer (not a rioter) and populist, is paid homage in a towering white rocket sheathed in patterned plastic by Larry Lee. A lifelong advocate for the poor, Alinsky would have liked that the piece was priced at $1.75. 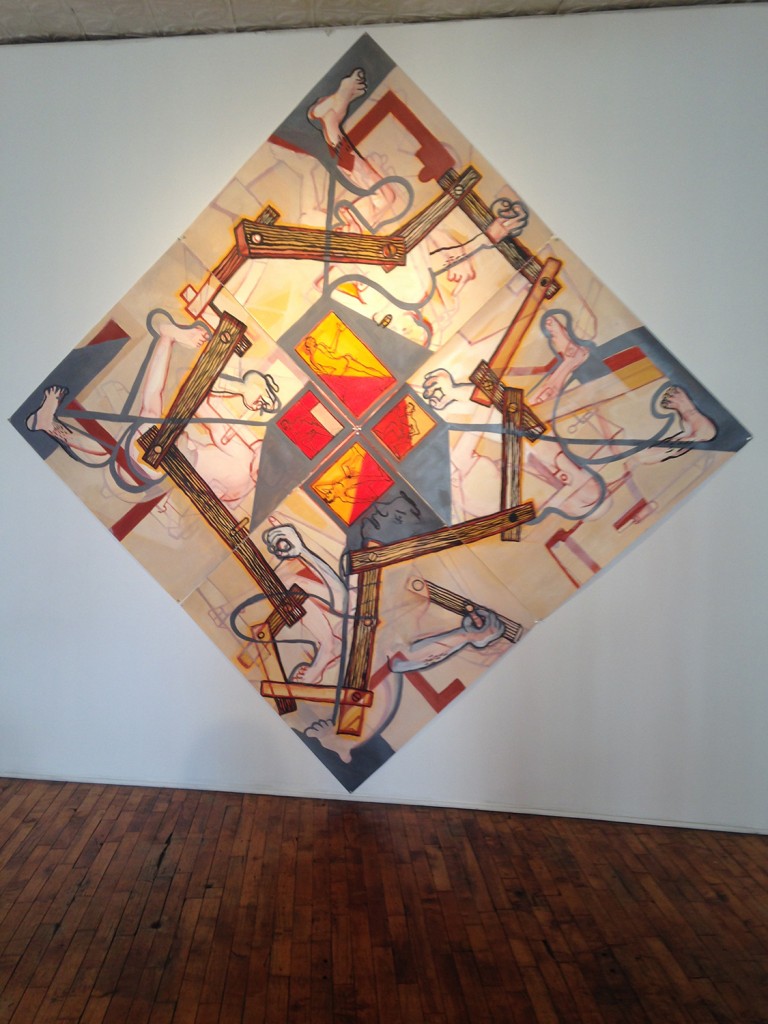 John Henley’s dominating four-panel oil is the most impressive piece in the show. Standing in front of it, I was sucked in by its pinwheel-spiraling-inferno. It seemed to rotate off the wall—anger, desperation, pride and (literal and figurative) nakedness turning in a vortex that knocked me totally off kilter.

While Hopkin’s choice of pieces is, for the most part, strong, he really deserves credit for his curatorial skill in placement and lighting. Hopkin’s ceiling light brings a quiet but powerful highlight to the interiors of Carol Jackson’s geode-like papier-mache sculptures “Webelo” and “Is this California or Heaven?” Laura Davis’ fragile wire-and-glass “Old Flame” sculpture would have disappeared into the floor without Hopkin there to make its curves and angles twinkle.

“Burn It Down” jumps and crackles and smoulders, but doesn’t add up to a singular conclusion. The show is a meditation, and its literal incoherency serves to make it more compelling and truthful to its theme. Stare at “Burn It Down” as you would a bonfire, and it will reveal the mysterious dynamism of creation and destruction, civilization and wildness, and familiarity and magic. (Meredith Wilson)