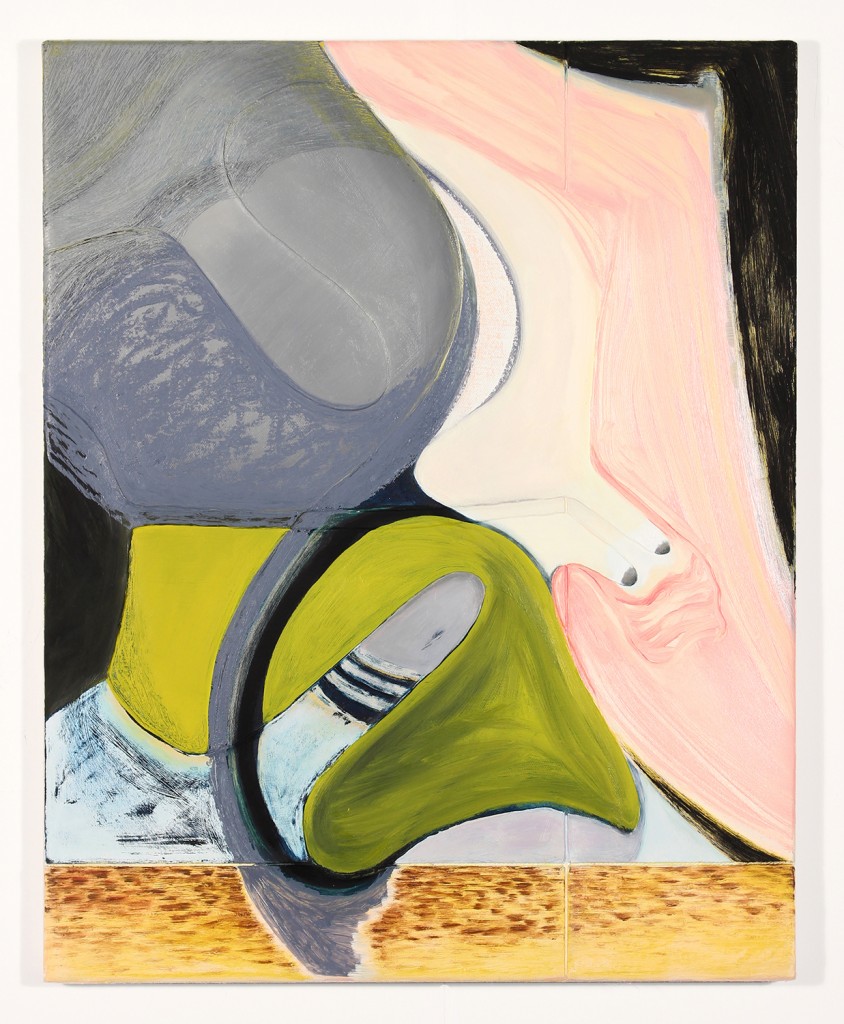 Modest in size but not shy at all, five colorful oil paintings by Magalie Guérin dance with each other across Corbett vs. Dempsey’s west wing. The dance is a type of choreographed freestyle—alive, morphing and flirtatious, the canvases beckon toward viewers to come closer. Through the physicality of the paintings’ surfaces, one can easily trace the artist’s mark and extensive process of rework. Colorful shapes float, overlap and morph together at the mercy of the artist and the observation of the audience. 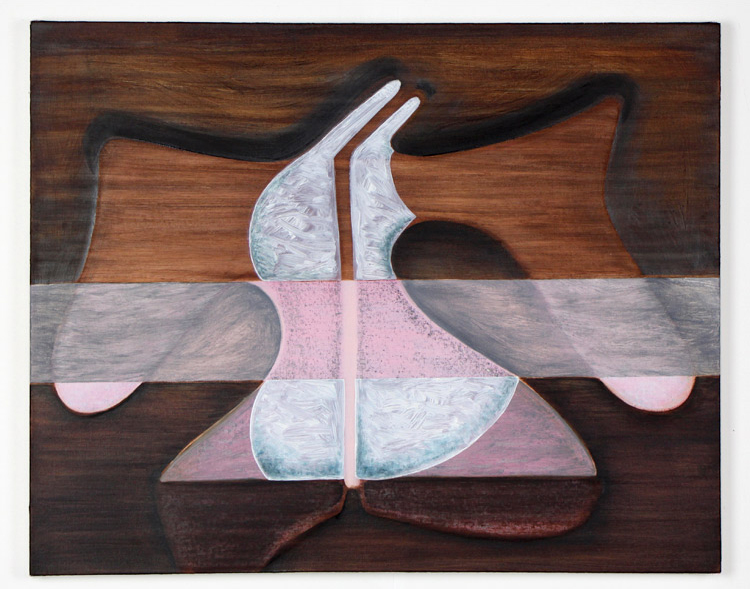 In the front room of the gallery exists a different style of performance. A single flamboyant shape from the previous paintings has been captured, isolated, rotated and flayed. Three horizontally oriented canvases are positioned to gaze out the windowed wall of the enclosed room’s space. Tranquil, majestic and exposed, Guérin’s restrained color palette within these works render compositions that remain alluring but lack the west wing’s level of colorful playfulness. Shapes that could be the innards of the previously described dancing vessels exhibit a lonely sense of still, quiet aftermath.

Within Guérin’s artistic process, there is a journey that remains visible on the surfaces of her finished paintings. The artist begins with a form she has referenced as a variety of different objects: a chair, an organ, a hat and also, as she told Bad at Sports last year, “a structural form onto which I apply the paint.” Upon, throughout and around this shape, she builds her compositions. She changes the colors, she rotates the figures, she sands down the surfaces—all in a continuous effort to explore and exploit the aforesaid shape. As our eyes travel throughout her canvases, we find ourselves immersed within not only her methodical depictions but also the palpable time she has spent scrutinizing their process of development. Her creative relationship with the specific form and its surrounding elements is evolving; first she turns it inside out, then she twirls it around, and finally she makes it stand still.

After some time spent viewing the rich surfaces of the work, one begins to develop a sense of familiarity with the shape and Guérin’s continuous relationship with it—we follow her process of manipulation and we mimic her drift toward infatuation. We’re not sure what it is, but we’re intrigued, we’re searching and we’re observing its every move. (Maria Girgenti)

Through October 11 at Corbett vs. Dempsey, 1120 North Ashland.