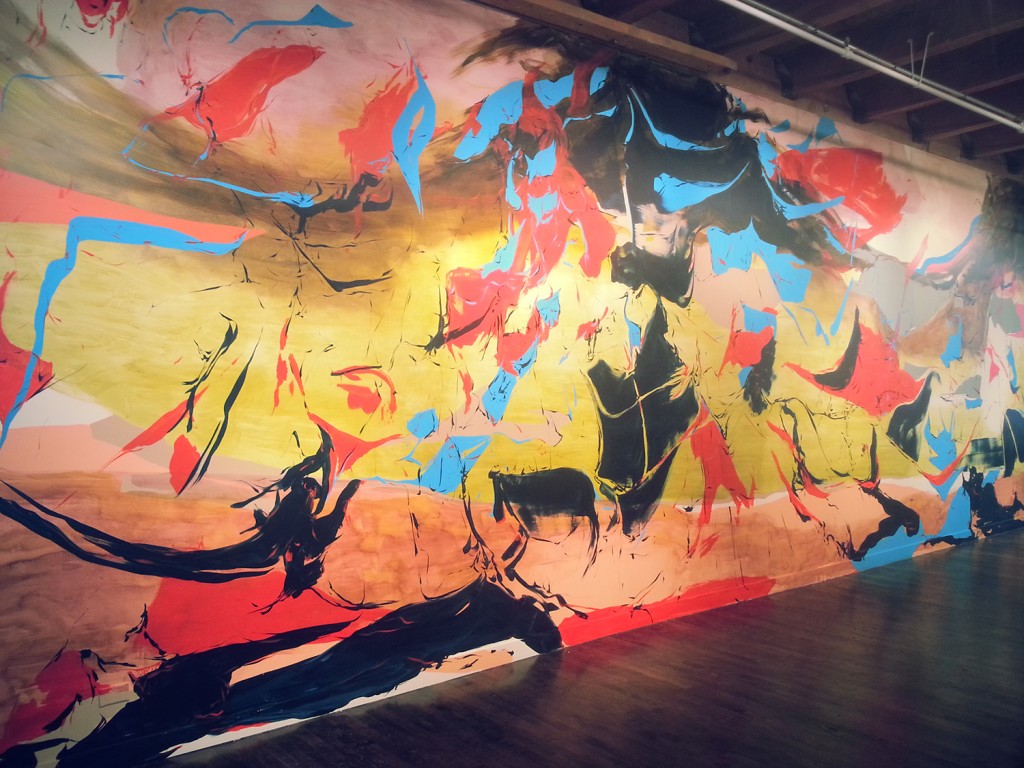 The sheer intensity and level of attack sustained in painter Kim Piotrowski’s first solo show with Linda Warren Projects remained palpable days after I viewed it. In art, first impressions aren’t always reliable, and exhibitions that linger on in the back of your mind usually signal something deeper. Maybe what you initially thought was good really wasn’t, and what looked like failure was actually success in disguise. 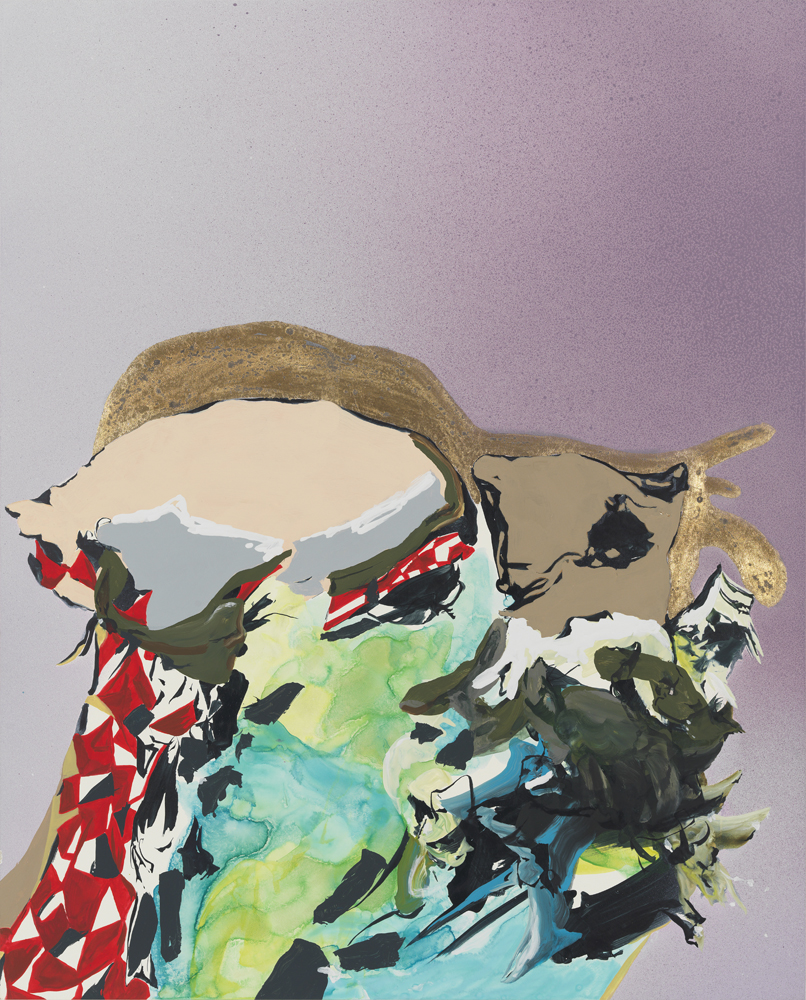 Fortunately, Piotrowski’s isn’t risk averse. Her throbbing ink and flashe forms can, and occasionally do, veer into the suffocating. The same visual force that propels the thrilling wall mural “Tide Tango” or the airy, Gorky-like “Good Bones” feels utterly claustrophobic in “Tried and True” and “Sunday Special” while “Soutine + Superman” is simply pushed too far. Overworked, it collapses in a glorious avalanche of red and green strokes.

Despite mid-century gestural abstraction occupying the heart of my aesthetic sweet spot, I’m generally skeptical of the ease with which much contemporary abstraction comes about. Limited formal parameters give rise to “can’t fail” paintings and struggle is as often as not merely aped for its aesthetic effects. Yet, when abstraction is at its most unforced and natural, able to revel in its wonders as well as its warts—as is the case with Piotrowski’s “Catch and Release”—it’s capable of conveying sensations too ethereal to articulate with mere words. (Alan Pocaro)