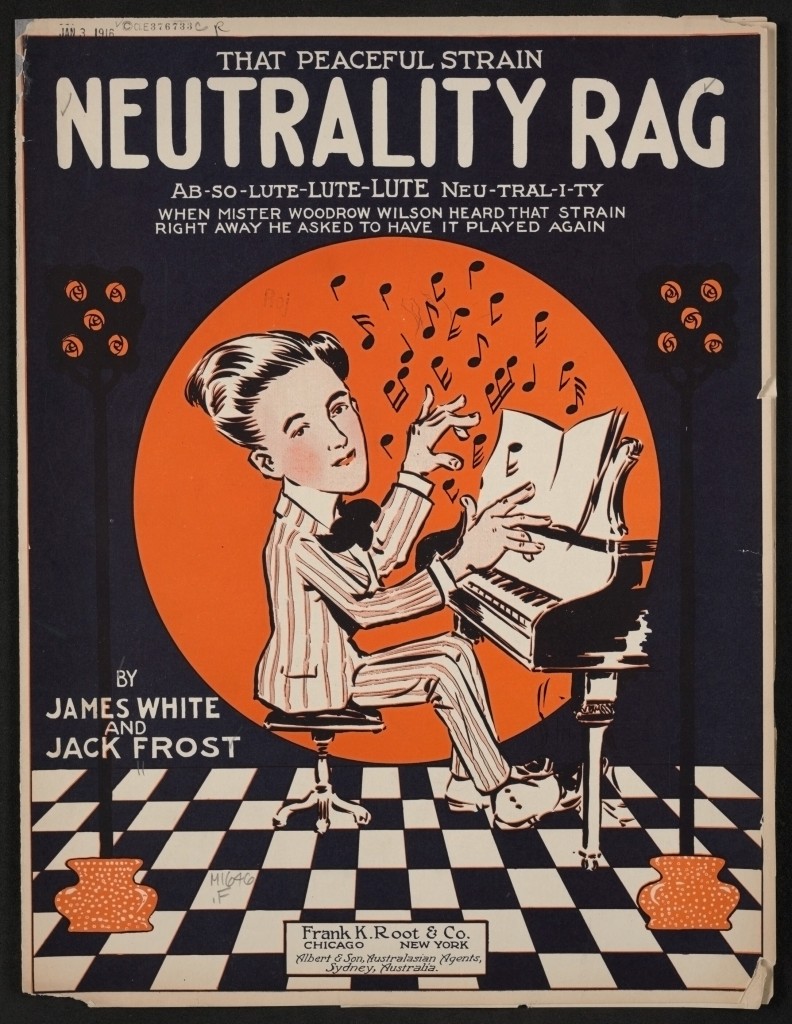 With intriguing visual and printed matter documenting the first global war from a Chicago perspective, the Newberry once again demonstrates how world events played out at home. In this centennial year, most Americans still know woefully little about WWI. Visitors learn that more than a hundred thousand American soldiers died—the U.S. entered late in the war—but millions more in the European countries. Battlefield horrors are not emphasized here. Rather, soldiers’ letters and camp photographs, as well as civic organizations’ pamphlets and broadsides, indicate the vastness of the enterprise.

The show demonstrates how initial reaction to the war was complex and inadequate. The U.S.—and especially Chicago—was firmly neutral. Jane Addams, a notorious pacifist, suggested in a published address that each country must have drugged their infantry to get them to attack. A large 1914 Chicago Tribune insert, a “War Game World Map,” helps viewers make sense of who was fighting whom, and where. Foreign-war-themed postcards were collected like baseball cards. Vivid posters—perhaps the most striking aspect of the exhibition—urged citizens to donate, to conserve, and to fight. The lurid ones like “Beat Back the Hun” contrast with ones reminding families to “Eat More Fish—They Feed Themselves.” Here are also allusions to Chicago’s war-era black population, one recruiting poster conveying the reassuring news that the “Colored Man is No Slacker.”

A concurrent exhibition, “American Women Rebuilding France, 1917-1924,” from France’s Franco-American Museum, blends seamlessly with the WWI show. “The American Committee for Devastated France” was made up of rich women whose charismatic leader was Anne Morgan, daughter of the formidable financier. Photographs and a silent film document the war’s devastation along with poignant recovery efforts. Peasant girls do calisthenics in front of village ruins; new French Boy Scouts poke their heads out of a tent flap. Even skeptical viewers will admire the zeal of these socialites who paid their own way to help overseas. “We do not want sightseers,” their recruitment advert ran, “or girls who…think that 6 months overseas will divert them.” In these exhibitions, too, viewers simply looking for diversion will leave with more than they bargained for.
(Mark Pohlad)