“I brought my daughter to this room once and she spent five minutes looking at the ceiling, walking around,” says Matthew Haussler about the Cultural Center lobby. “Those are the things most adults don’t notice.” Haussler brought me here to admire the patterned coffers, not unlike the lines within his own work. Months ago he wouldn’t have believed mazes could provide a source of income, let alone that he would gun for the record of the longest hand-drawn maze. With two books of mazes just published by MindWare, and another collection of Chicago mazes funded on Kickstarter, the Cincinnati native has been busy developing his craft. 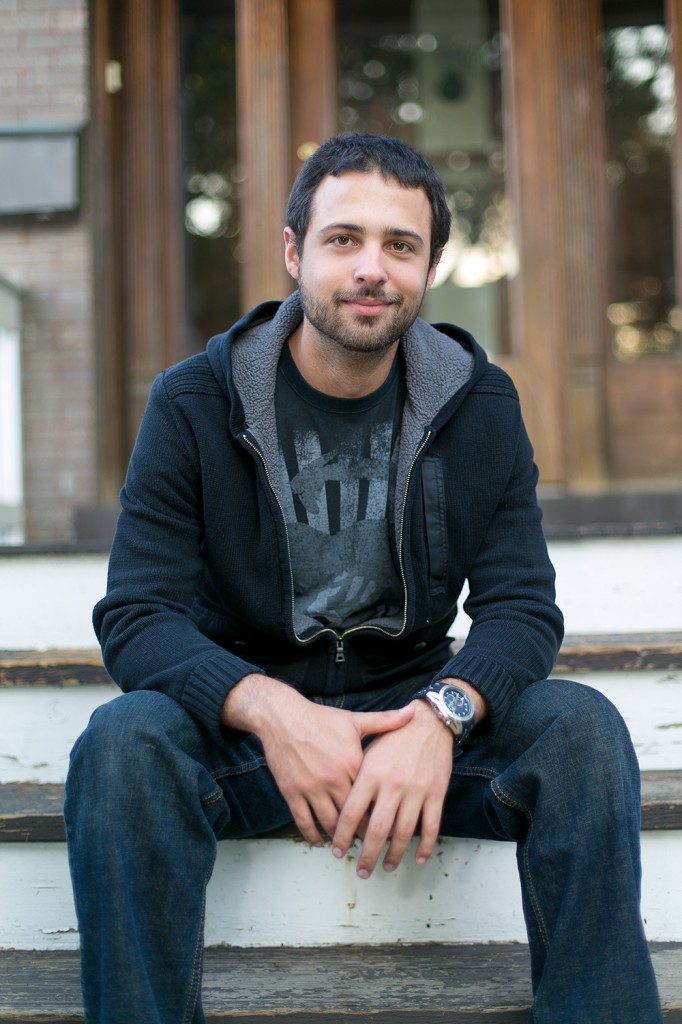 While Haussler has been artistically inclined since studying Arts and Letters at Portland State, his day job working for U.S. Bank as a performance coach is what brought him to Chicago three years ago. That was when he first began to experiment with negative space and mazes, drawing during breaks, escaping his nine to five. After years of self-doubt about his illustrations, as well as dismissive feedback from his contemporaries, Haussler was liberated by mazes. “At a younger age, I found people criticizing artists without really offering any answers,” says Haussler. “I uphold to the school of thought that if you have something to criticize, you should also have a solution ready at hand.” 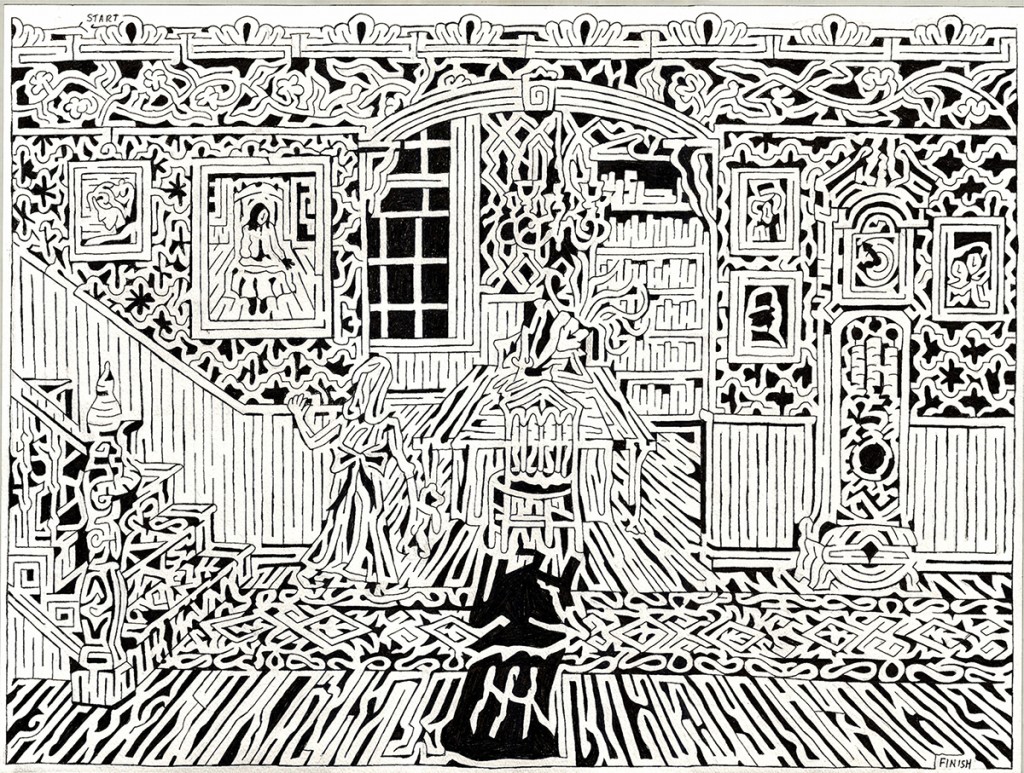 Before his maze work, any sketches Haussler produced were overanalyzed, hindered by insecurity. Mazes, however, have different parameters—they have to be visually stimulating, difficult and, most of all, solvable. These boundaries provided a structure that was ultimately meditative and allowed Haussler to concentrate on the optical illusions he penned. “As adults, when we’re meditating or trying to focus, we’re really just getting rid of all inhibitions we’ve gathered,” says Haussler. “We’re trying to be like a kid.” In this vein mazes are as interactive for the creator as the spectator. Haussler’s creative philosophy advocates for positive thinking and community building—with mazes, the artist, spectators and participants connect as they rediscover their inner child.

In the coming months, Haussler intends to thank Chicago for its warm welcome, having moved here knowing no one and little of the city’s art scene. Chosen as Chicago’s artist of the year for 2013 by RAWArtists, an independent art organization that spotlights local talent across North America, Haussler has selected the Chicago landscape as the setting for his record-breaking maze. In collaboration with Impossible.com, a social media website promoting gift economy, Haussler has worked on the maze all summer, producing several square feet a day. The maze begins outside the Shedd Aquarium facing the city and loops around several times, forming a panoramic of the skyline and lakefront. To promote Impossible, the composition features scenes of people helping one another in non-monetary ways, like a man giving another man directions. Haussler will debut the finished product—a sixty-pound roll of paper—by the end of the winter, pending a venue. (Jenzo DuQue)

[…] recognition for his work, having been featured in the Chicago Tribune, online arts collaborative Newcity Art, and even named Chicago Visual Artist of the Year by RAWartists, an independent arts advocate group […]