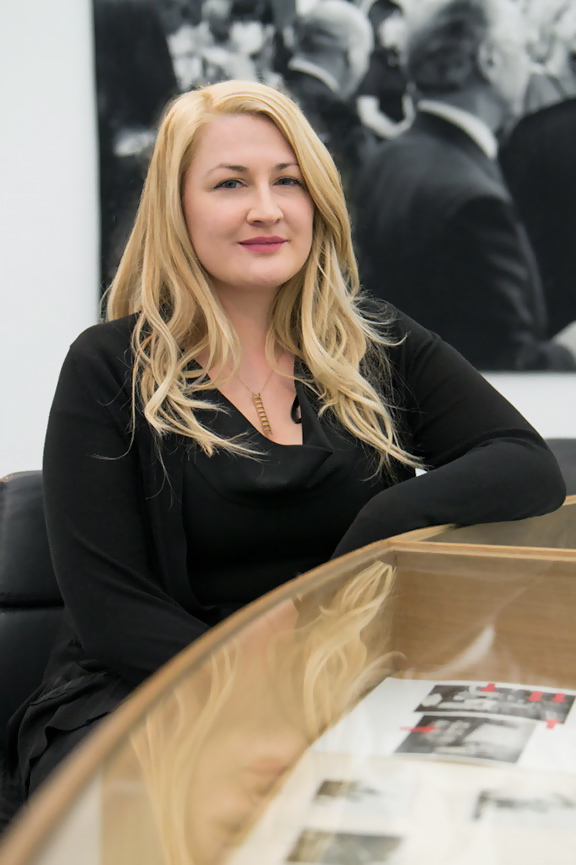 In September, Kristin Korolowicz joined the staff as a new curator for the University Galleries at Illinois State University in Normal, Illinois. Her appointment coincides with the Galleries’ expansion into a new 8,000-square-foot space located in Uptown Station. She joins director Barry Blinderman and senior curator Kendra Paitz as a curatorial team that has long shown prescient instincts for recognizing major contributors to contemporary art before they rise to the art world’s international stage.

Korolowicz has worked previously at the Hirshhorn Museum in Washington D.C., the Oakland Museum of California, as a curatorial fellow at the Bass Museum of Art in Miami Beach and, most recently as the 2012-3 Marjorie Susman Curatorial Fellow at the Museum of Contemporary Art Chicago. At the MCA, she curated solo exhibitions of work by Gaylen Gerber and José Lerma, and worked with chief curator Michael Darling on landmark projects like the exhibitions “Destroy the Picture: Painting the Void, 1949-1962” and “Think First, Shoot Later: Photography from the MCA Collection.”

About her new appointment Korolowicz writes in an email, “I am very excited to work at ISU’s University Galleries with Barry, Kendra and our Registrar Gabe Johnson. University Galleries has an incredible history of organizing the first comprehensive museum surveys of artists such as David Wojnarowicz, Allan Sekula, Jeanne Dunning, Tony Tasset, Michelle Grabner, among many others. Barry has created a substantive and fearless exhibition program that spans almost three decades, supporting countless artists. I look forward to embracing this history and the context of the university to find ways to recognize artists both as makers and knowledge producers.” Korolowicz begins her tenure as one of the Galleries’ curators by developing a black box series that will highlight leading women in the field of moving image arts.

Blinderman writes enthusiastically about his staff’s new addition who has come on after an extensive national search, “Kristin’s verve and broad knowledge of contemporary art will enhance the gallery’s impact on both the immediate community and the extended audiences we serve through partnerships with museums, universities, and arts centers, as well as our active publications program. She has sharp ideas combined with the determination and nerve to realize them.” (Matt Morris)