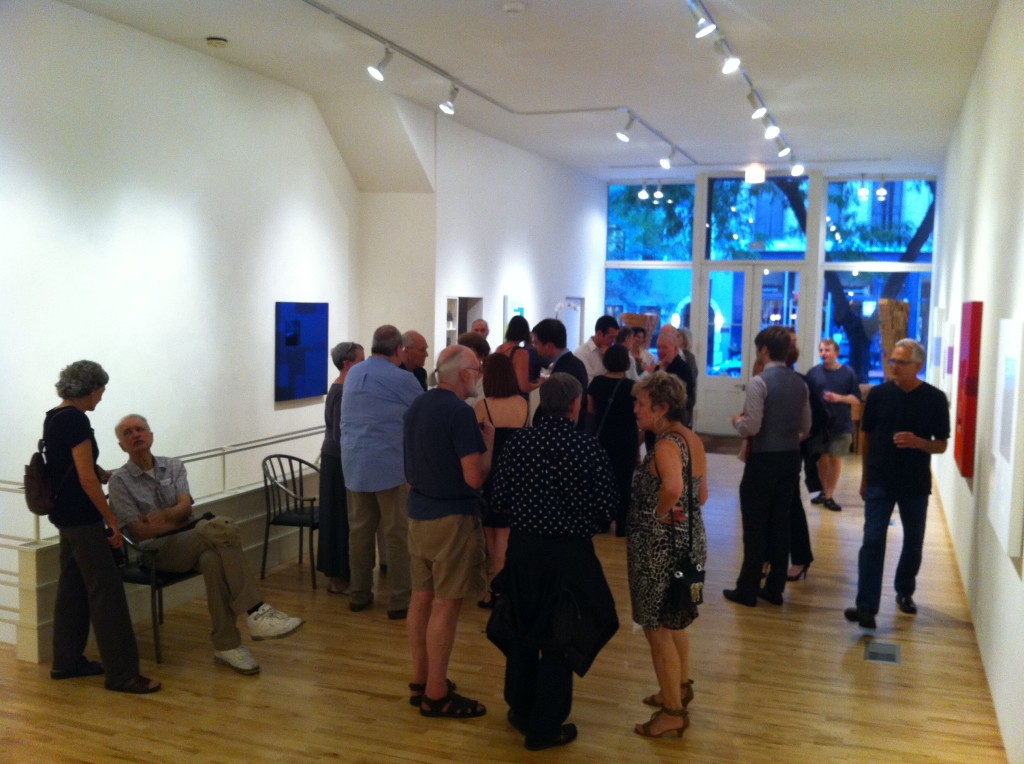 Roy Boyd Gallery will close its doors after forty-two years on October 15. This venerable exhibition space in River North has shown Chicago artists along with a number of artists from the West Coast and around the world. Along with several decades of exhibiting artists in his Chicago gallery, Boyd also ran a second space in Los Angeles from 1981 until 1993. In these last days of the River North location at 739 North Wells, the gallery is presenting a panoply of art objects from its remaining inventory, a salon of works comprised of touchstones from across the space’s lifetime, in particular the Boyds’ devotion to abstraction.

In a phone interview, Boyd spoke about the gallery’s beginnings and when he was inspired to open a space. “The gallery began in 1972 and moved to downtown Chicago in 1976. I went to school at the University of Nebraska, and there was a very good university gallery there. I used to cut through the building where the gallery was located every day on my way to class. I detoured through that building several times a week for years. I studied business and took a lot of art-related courses—I was kind of driving my advisors crazy. I’ve been interested in abstraction since the very beginning. Almost everything we’ve done can be traced back to that interest.”

Like many other Chicago art world power couples, Boyd and his wife Ann worked as a team in their gallery. After Ann passed away recently, Roy tenderly recalled the important role she played in their gallery. “My wife was an integral part of the galleries. People described us by saying that Roy is the eyes of the gallery and she was the heart. Ann always wrote letters to the artists when we’d mail them checks, some lovely letter about who bought the piece and told the artists about the collectors and the work.”

In a letter to Newcity, Carl Hammer (of Carl Hammer Gallery in River North) wrote about the indelible contributions the Boyds have made to Chicago’s art landscape: “I have had the honor and pleasure of knowing Roy and Ann Boyd since their gallery opened. I had the opportunity to get to know them both even better when I moved into new gallery space directly across from theirs on North Wells in the year 2000. As fellow members of the Chicago Art Dealers Association, of which Roy once served as president, I saw in him a venerable leader whose intelligence, wit and generosity garnered for him the success and respect of both clients and colleagues alike. His gallery served as an anchor to the ‘east end’ of the River North gallery district, and was often the beginning point for all Friday evening River North gallery openings/crawls. His presence will be missed. He brought knowledge, good taste and integrity to all with whom he dealt.”

Boyd spoke about the social experience of connecting with others through shared appreciation of art as a great part of the gallery’s long lifetime. “Art has been very important to my friendship circle, many of whom are collectors or artists. I have collectors who have been buying from me since a couple of years after we began. There have been lots of high points, among them those friends we’ve made.” (Matt Morris)

[…] Horrell venture acquired the building from a trust associated with Roy Boyd, whose namesake gallery once occupied the ground floor. “It was just time to move on,” Boyd said of the sale. Scott […]